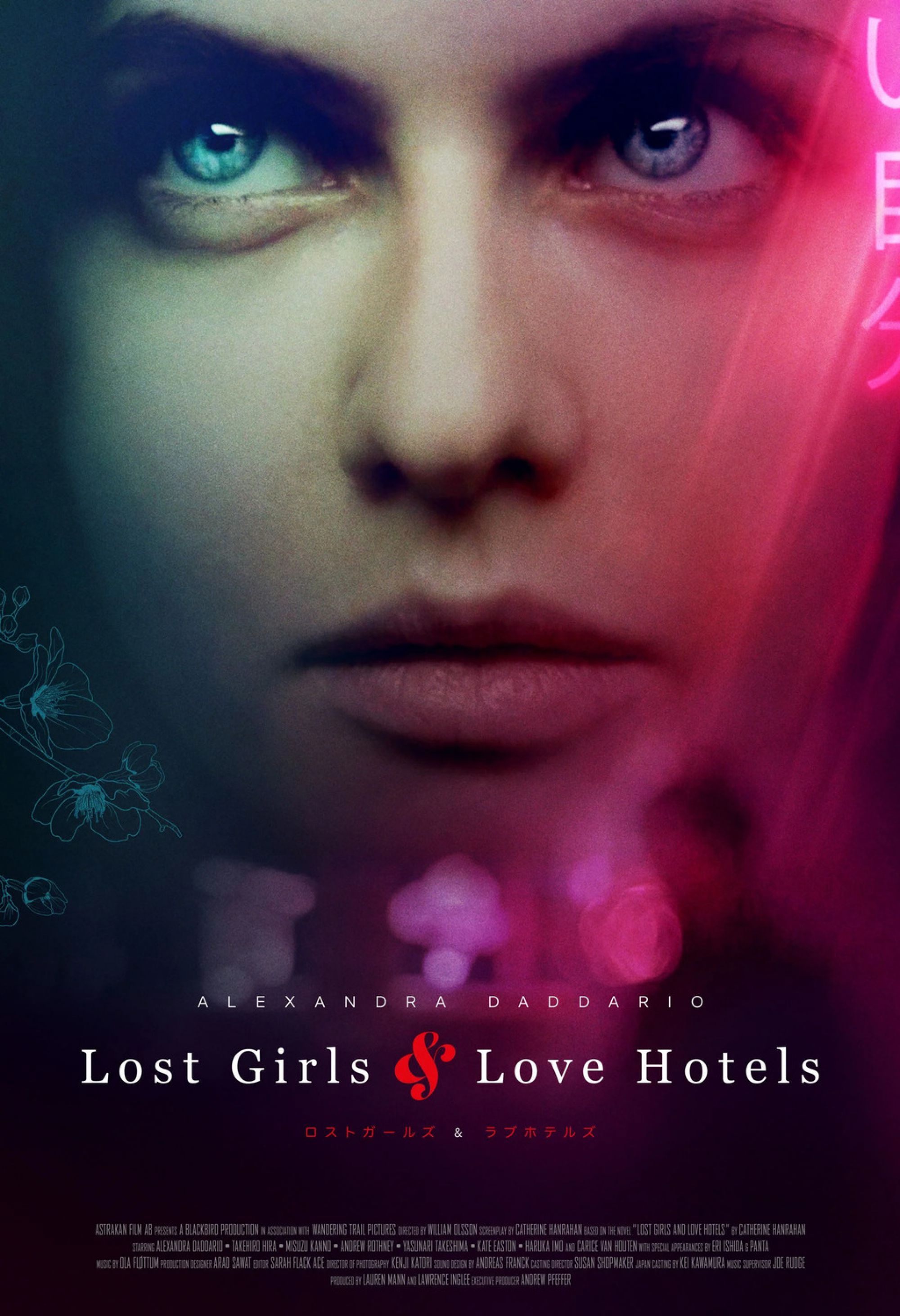 Lost Girls and Love Hotels is a recreation of the book by Catherine Hanrahan who also wrote the screenplay. It’s a different story from most, at least something I hadn’t seen before, the way I’d describe it is a dark romance film. Following Margaret (Alexandra Daddario), trying to avoid her complicated past and moving to Tokyo in the process. We see her journey of avoidance and self-discovery. The character handles herself with youthful abandon, barely being able to hold a job and engrossed with her lustful encounters, it’s an unveiling of her wanton desires.

Using the familiar setting of Tokyo’s bright neon-lit streets, yet twisting it so that most of what the viewer sees is the seedy underbelly of the city is a novel concept and an interesting background for a film that is reminiscent to some earlier movies by Ryan Gosling and Jake Gyllenhaal. The focus is almost purely on the experiences and moments scattered throughout the film and less so on the dialogue between characters. At points, it feels slow with there not being a lot of dialogue and seemingly repetitive scenes with the volatile, self-destructive Margaret guiding herself into some sticky situations (That sounds wrong in this context, but it made me laugh). While it certainly wouldn’t have been as interesting if other actors were cast, with this casting it works very well. While not bashing Carice van Houten or Alexandra Daddario, most notable was Takehiro Hira. Admitting that I was unfamiliar with his work, his performance as Kazu was admirable. The use of emotion within a male character, especially with subject matter like this is rarely seen. The way it’s directed, and the depth given to Hira’s character Kazu is again inspiring as he is stuck between his life as a Yakuza gangster to be married to a woman he doesn’t really love and his passionate love affair which has gone far beyond what he first expected it to be, not only for him but for Margaret as well.

Within this shadowy love story, a thing that stands out are the moments of emotion but also the complete disconnects you’ll feel with Daddario’s character. At points, the viewer can be completely engrossed and happy for the main character, wishing her the best and other times disconnected due to the actions she decides to take.

Most of the scenes that feature the sexual acts and experimentation are tastefully shot, some come out a bit unusually with angles that other directors likely would’ve scrapped but mostly even though one of the main focuses are these scenes, highlighting Margaret’s kinks and desires it works in my opinion. There’s a balance between love, emotion, dark thoughts and the breaking of modern culture and its stereotypes and also showing a cultural clash between the characters.

Unlike Margaret, this film certainly isn’t lost and finds a way to create an engaging storyline of one night stands.