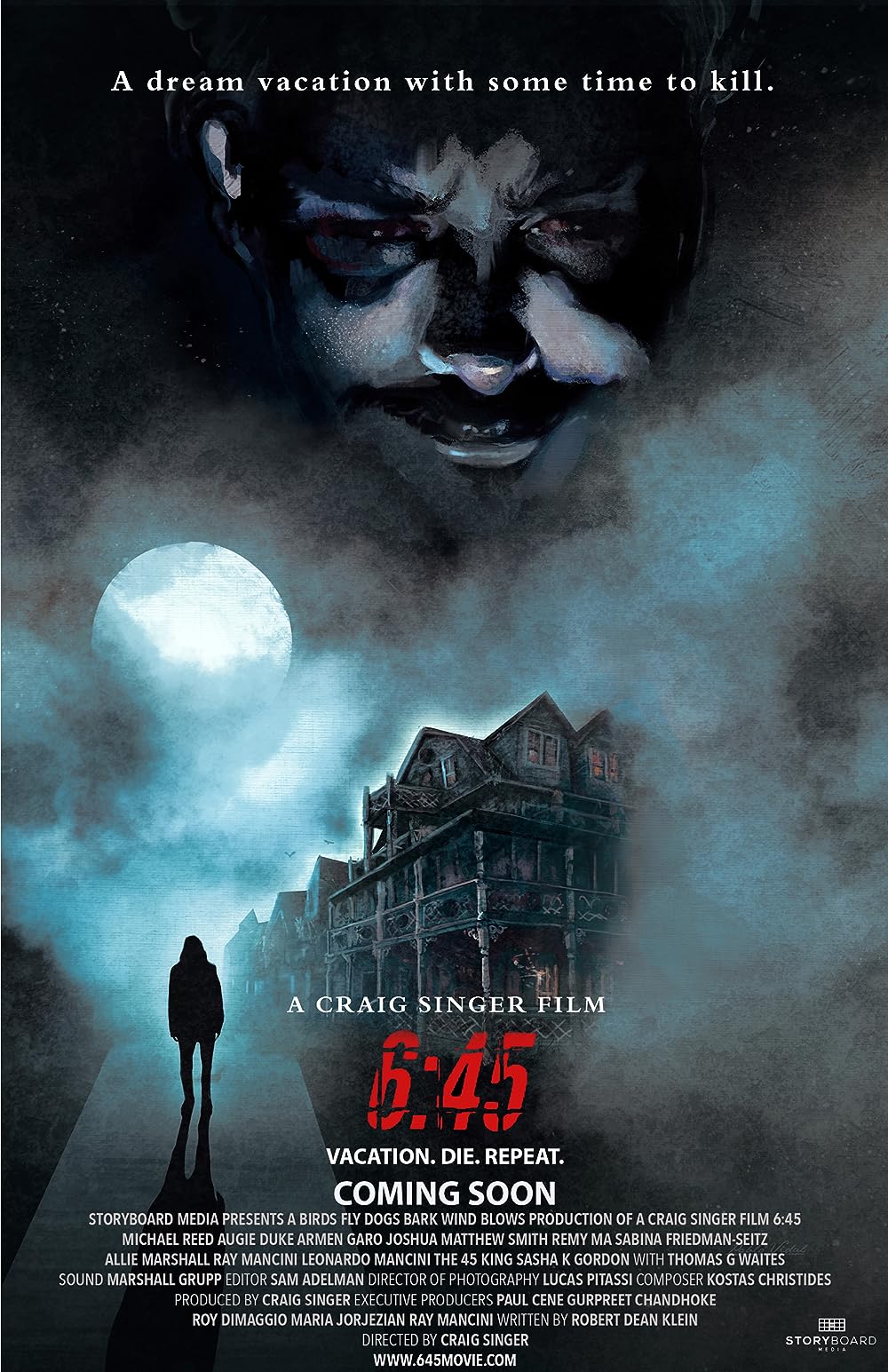 Planned as a romantic getaway to mend their struggling relationship, Bobby (Michael Reed) and Jules (Augie Duke) travel by ferry to an island town in New Jersey. As they settle in, Bobby starts noticing some eerie figure hanging around, and soon their dream vacation turns into an actual nightmare

Inspired by the 1993 classic ‘’Groundhog Day’’, this film tries to adapt the time-repetition into a horror feature. Creating his first film ‘’Animal Room’’ in 1995, former Disney Creative VP Craig Singer has been directing and writing for quite a while. On a tight budget and without a casting director, the cast consists of previously hired performers that Singer has met throughout his career. It has been produced by Birds Fly Dogs Bark Wind Blows Productions and distributed by Well Go USA, theatrically releasing on a limited basis through Regal Cinemas before also having a VOD release.

Travelling to an island town in New Jersey, Singer’s latest release certainly has a charming vibe despite the low-end budget. It introduces us to the pair of Reed’s Bobby and Duke’s Jules, who present themselves fairly well as a couple that, despite past struggles, try to rekindle their love. As they enter their hotel, the eerie horror vibes don’t take long to present themselves in Armen Garo’s Gene, who’s like a slightly more obvious version of George Maguire’s role as the hotel clerk in 2020s ‘’The Night’’ although similar in acting performance. 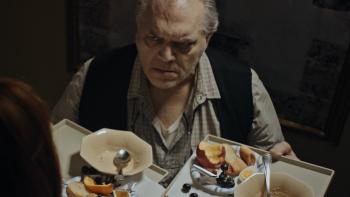 In certain ways, ‘’6:45’’ can be entertaining, the ‘’Groundhog Day’’ inspiration is obvious, and Singer’s project is far from the only film to try such a thing, ‘’Boss Level’’ springs to mind. It also took the narrative inspiration into an entirely different genre. ‘’6:45’’ Is a mysterious film that takes the time to uncover all it has to hide, but perhaps it’s best before it reaches its time loop. Time spent with Reed and Duke as the primary characters and Gene popping at times only to be the creep serves its purpose. The perhaps too crisp cinematography helps push their performances forward, and overall the levels of acting are somewhat lacklustre but not a huge problem.

There’s a reasonable effort at keeping the viewer tied to the screen, but the further the already relatively shallow narrative develops, the less interested I got; it is edited to scurry through each of Bobby’s attempts to solve his time riddle, and the pacing feels off at that point, and unlike other films with a similar style, there doesn’t seem to be much progress for Bobby as a character. Perhaps it is intended for him to be such an unlikable and one-sided character, as we find out in the ending sequence, but as it wraps up with a series of flashbacks, the naivety of the script shines through.

Usually being a bad sign, when a film’s plot needs flashbacks to explain itself, ‘’6:45’’ once again proves that point. Reed’s role comes across as a paranoid and unintelligent douchebag, not appropriately supported by the shallow narrative.

It would’ve been better if it only lasted six minutes and forty-five seconds.