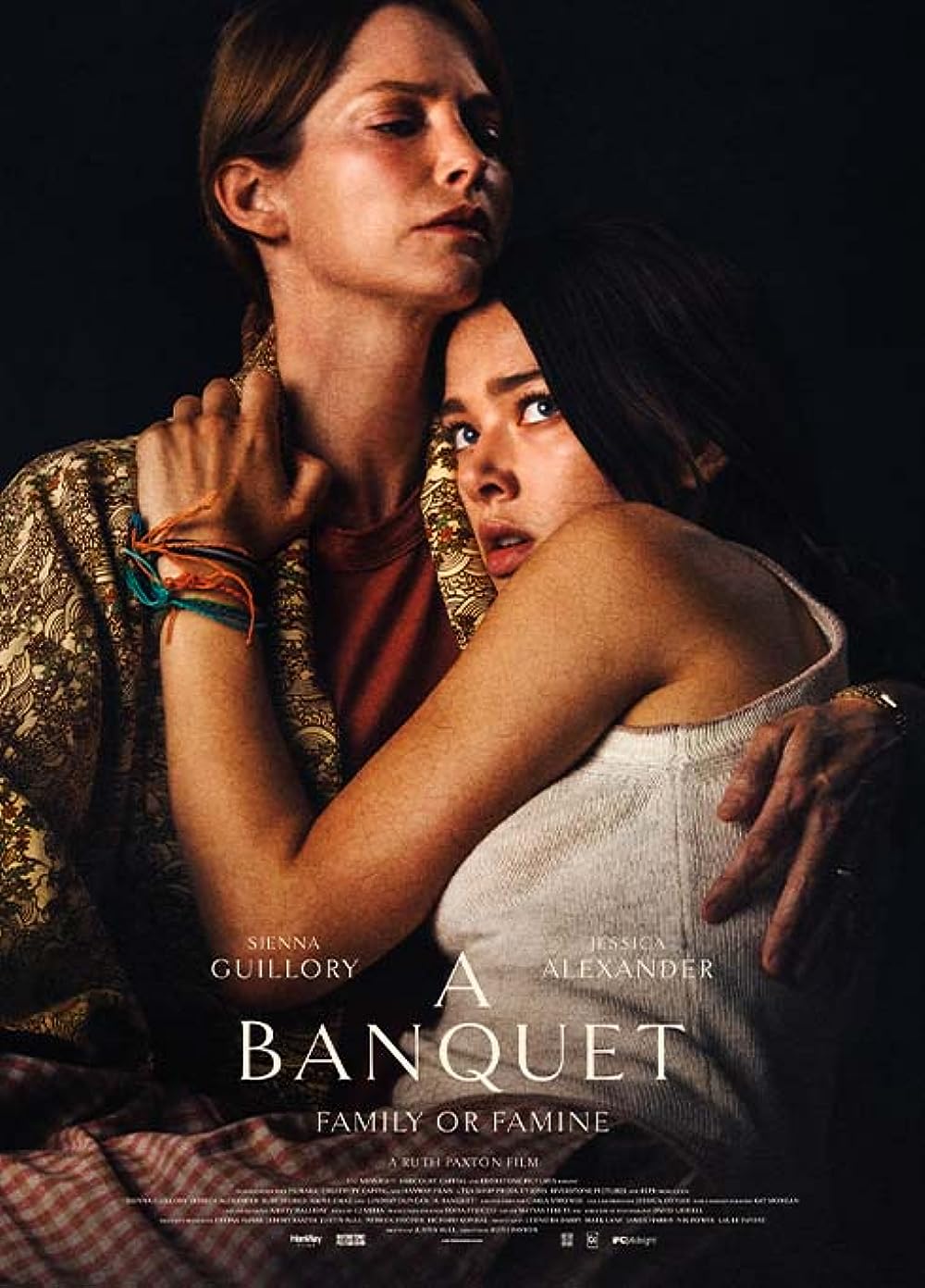 After losing her sickly husband, Holly (Sienna Guillory) is confronted by her daughter, trying to convince her she’s possessed after experiencing a supernatural experience.

In her feature film debut, Ruth Paxton’s ‘’A Banquet’’ was first shown at the Toronto Film Festival before appearing at several other screenings. It’s a British psychological horror having an entirely British cast and has been projected in limited theatres before coming out digitally. ‘’A Banquet’’ has been produced by HanWay Films, Tea Shop Productions, Riverstone Pictures, and REP Productions 8 Ltd while distributed by IFC Midnight. 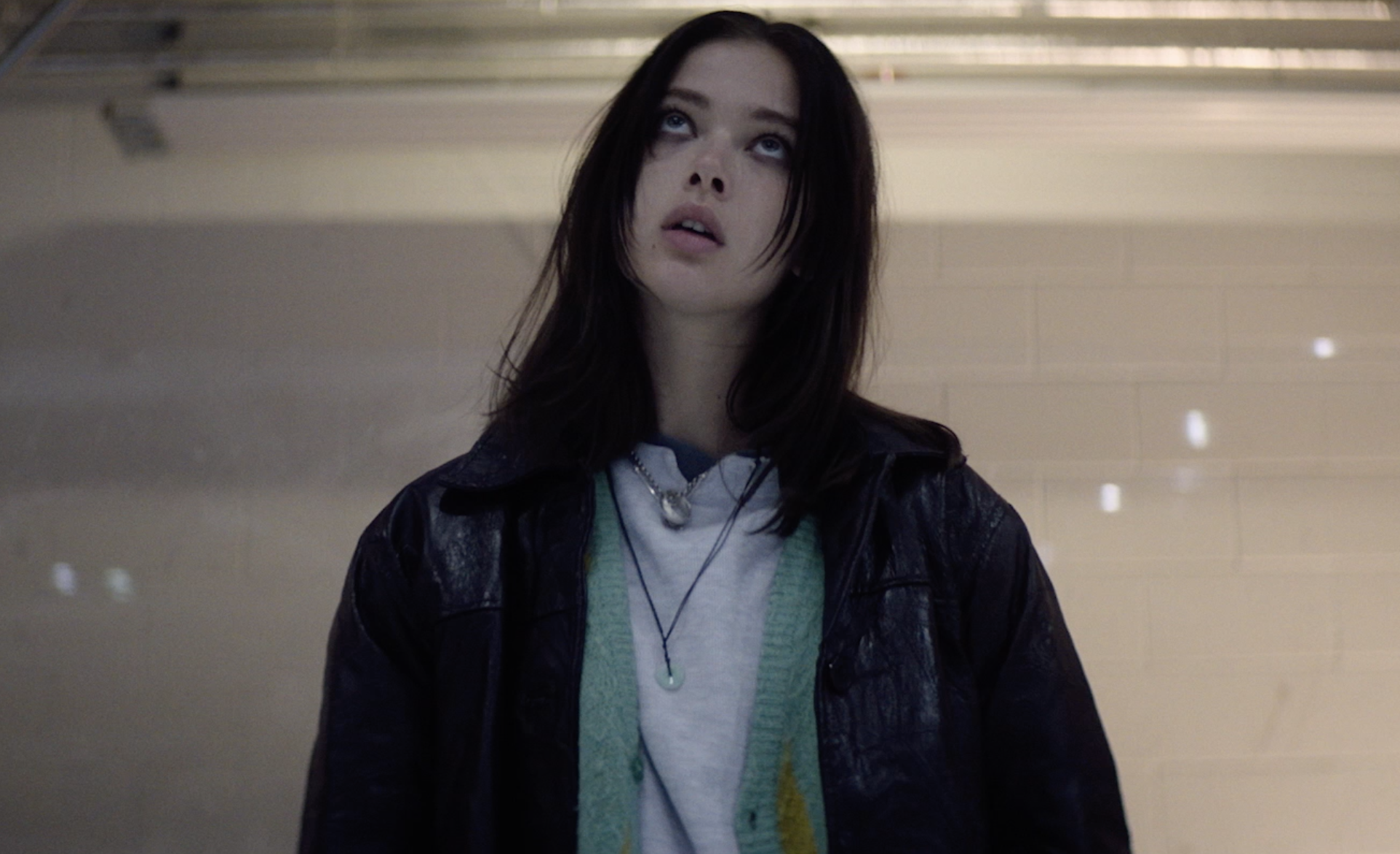 Raising children can be burdensome, and Holly is a grieving widow as her sickly husband committed suicide. Shortly after this traumatising event, her daughters start disobeying, and the eldest unexpectedly turns out to be the worst. She doesn’t want to eat and gaslights Holly by telling her she’s okay. Obviously, that is not the case, and Holly tries to find out how to help her ailing daughter. One side of her wants to believe Jessica Alexander’s Betsey but her patience quickly runs thin.

More of a psychological horror than a traditional one, ‘’A Banquet’’ is like a wax candle visibly yet slowly melting away as the wick is burnt up. With smooth transitions in visual shots and even sound design, it develops the predominantly female cast, mostly centred around Alexander and Guillory. While the latter seems to be the main character, we certainly have more of a duology happening here, and we’re treated to a hot plate of the mother’s emotions as the intelligently used sound design tries to embolden the fragile and sensory vulnerable state of daughter Betsey.

There’s an apparent preference for close-up shots, at first zoomed images of Stokes’ Isabelle eating, then Holly preparing some healthy dishes and much more afterwards. It’s a clear decision on the director’s part, and it mostly works out, but after a while begins to feel like a gimmick. The slow burn and enclosed atmosphere of the tight and dark modern home give the viewer an absorbent amount to think about and ponder whether something supernatural is genuinely at play or if it is an intelligent way of showing the struggle of a mother trying to assist her anorexic daughter much like dementia was handled in the Australian film ‘’Relic’’.

As the end draws close, since the ‘’ A Banquet’’ has a shorter running time than most films. It seems to be more of a supernatural occurrence; in fact, the stereotypical old woman character even comes in as Duncan plays the grandmother of the girls, rambling on about some ghastly folktale about a farmer’s wife with similar issues as Betsey. It’s a fresh film and is easily enjoyed with its clear and concise storyline, yet it does feel like it lacks some more intelligence as it’s prone to comfort over risk. If only Paxton could’ve truly embraced the more artsy vibe, not afraid to challenge conventionalism, this film could’ve stood out more, yet still, it is a fair sign to keep an eye out for her next picture, as some promise is obviously shown.

Such a lovely paradoxical title doesn’t even need a verdict pun.