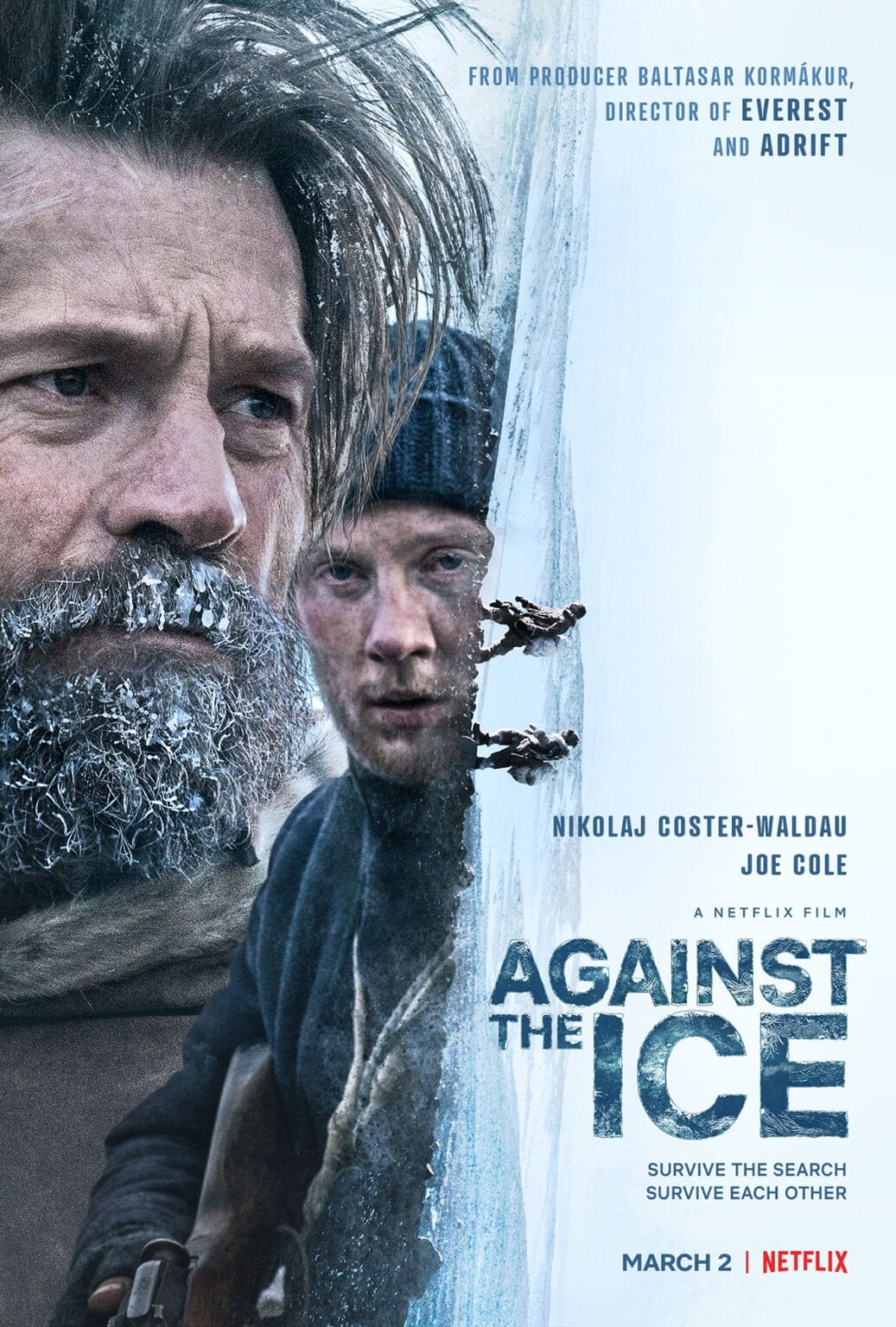 Two Danish explorers struggle for survival as they try to recover the records of a previous failed expedition proving the entirety of Greenland belongs to the nation of Denmark.

First premiering at the Berlin International Film Festival, ‘’Against the Ice’’ has been filmed in Greenland, where the film takes place, as well as in parts of Iceland. This Netflix production has been based upon Ejnar Mikkelsen’s novel ‘’Two Against the Ice’’ retelling the expedition he undertook. Baltasar Kormákur of RVK Studios has produced the film alongside the company Ill Kippers with cinematography done by Torben Forsberg. 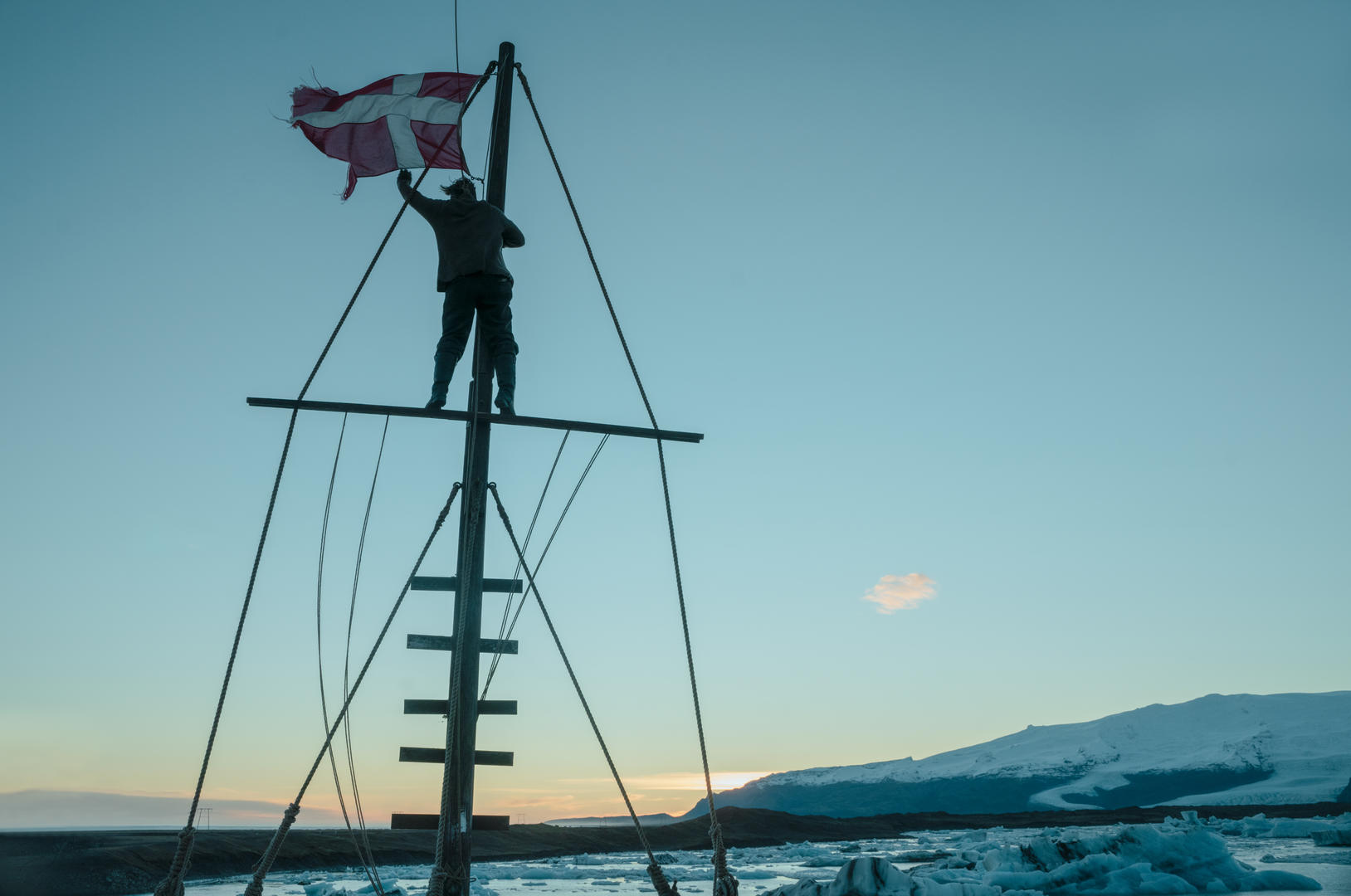 It all begins on Ejnar’s vessel, the Alabama. We’re introduced to a sizeable crew who interact as you’d expect, cracking jokes and gossiping about others, not in their vicinity. Although mostly, they seem to talk about their captain, a relentless man, not abandoning his pursuit to find the remnants of the failed expedition that came before. Since there isn’t a soul that wants to dare join him in finding these lost items, the most unlikely person, an engineer who wasn’t even supposed to join the venture, decides to risk his life and come along with the stern captain.

To have the benefit of using such stunning locations as Iceland and Greenland is a tremendous boon to this historical recreation in a story well known to those from Denmark but perhaps less so by those outside of the country. Due to the length and relatively straightforward nature of the plot, it could’ve also easily been less engaging. Luckily the actors, including Nikolaj Coster-Waldau and Joe Cole, are charismatic enough to sell it properly, and the writing is top-tier in addition. 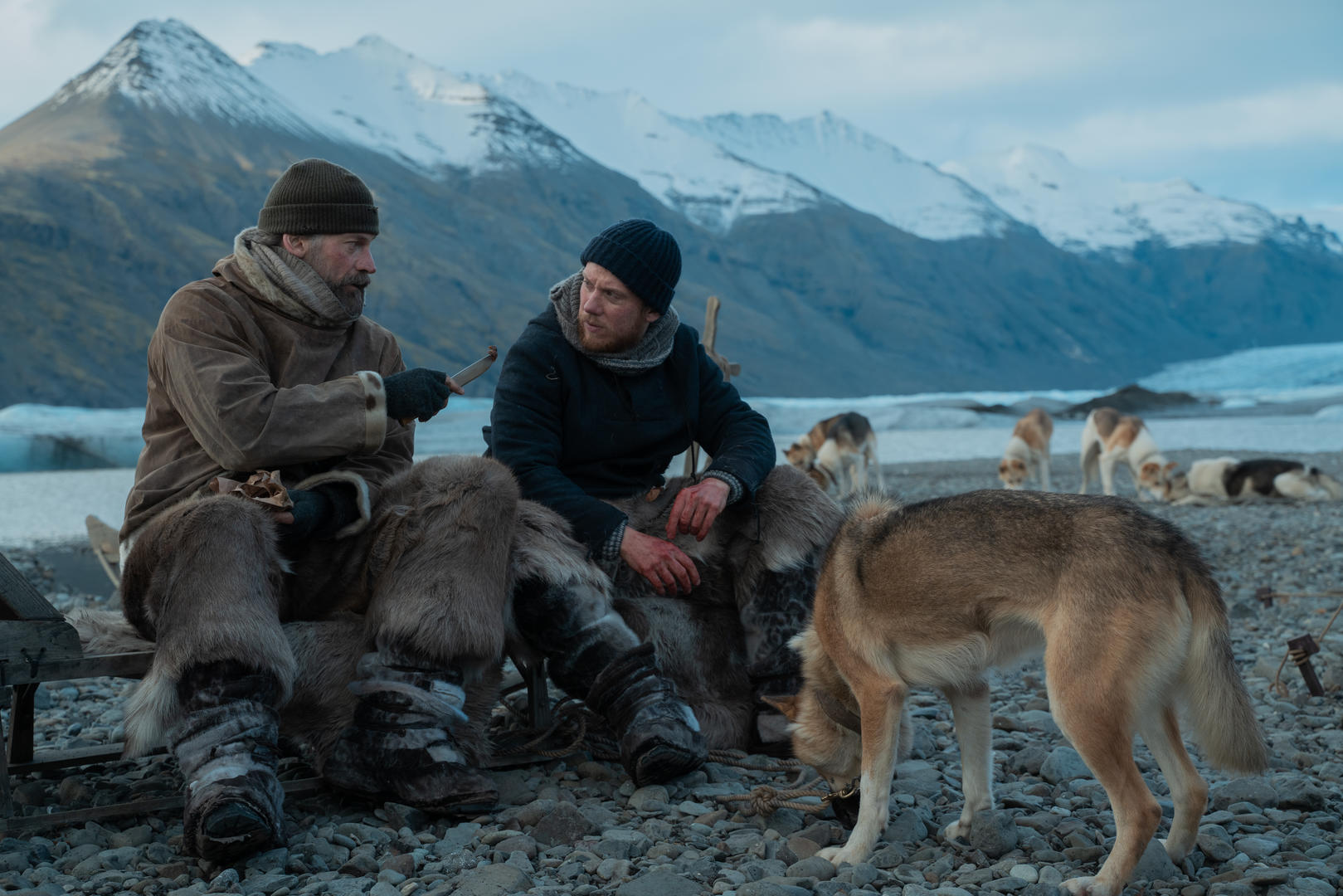 Captain Ejnar certainly doesn’t turn out to be as intimidating as the crew said, having him and Iver form a lasting bond, and not in the ‘’Brokeback Mountain’’ kind of way. The actors supplant excellent performances as we should expect from Game of Thrones’ Coster-Waldau. His co-actor Joe Cole, known for another acclaimed series in Peaky Blinders, also proves his worth intentionally cast as the inexperienced compatriot since the actor himself had never been to these frigid islands in real life.

Every adventure might need a cheerful ending, and we all know these two are meant to survive, but it’s written in a way that excellently portrays the harsh realities of such an unforgiving expedition. While it certainly isn’t a complicated feature, it remains a thrilling trek across the barren landscape, throwing in plentiful tense moments such as facing CGI bears, which are completely believable. If anything didn’t feel as good, it would’ve been the delusions in the later parts of ‘’Against the Ice’’. Generally, Netflix has done well in distributing this historical piece by Peter Flinth.

Most certainly worth a trek through the Greenlandic landscapes.