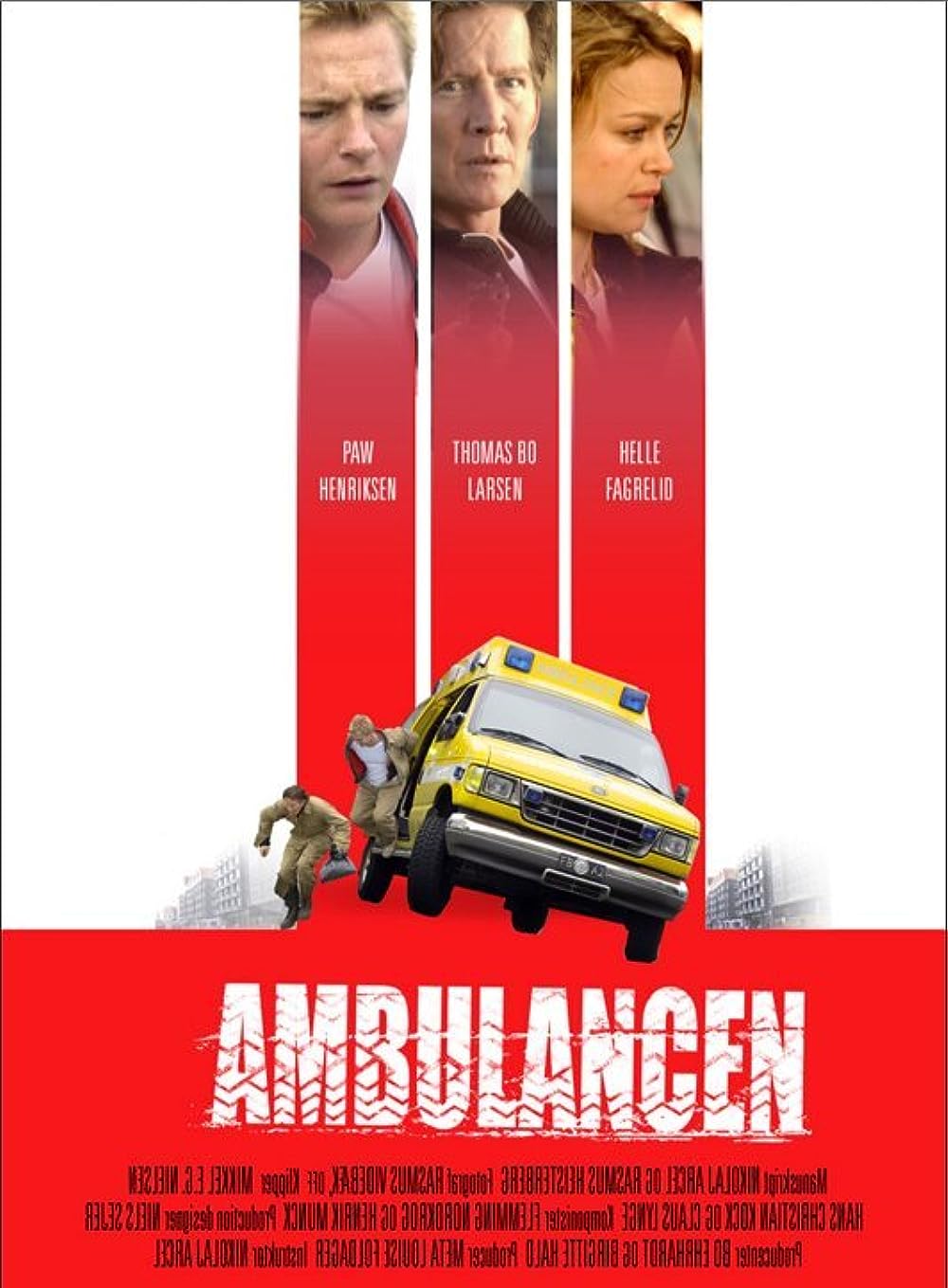 Two brothers decide to rob a local bank in order to collect enough money so they can get their dying mother treatment. Their getaway is hindered, and they steal an ambulance to escape the police, putting them in more trouble than they planned.

Serving as an intense Danish film directed by award-winning filmmaker Laurits Munch-Petersen. ‘’Ambulance’’ was released in 2005, co-written by Lars Andreas Pedersen and produced by Nordisk Film, Fridthjof Film, and Det Danske Fiminstitut with collaboration from TV2 Danmark. Being distributed by Nordisk Film as well. 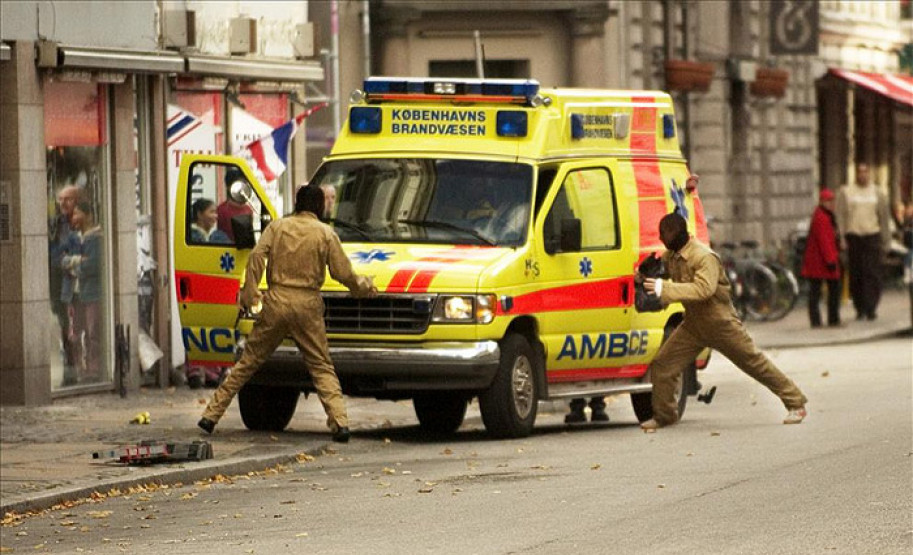 Somewhere in Denmark, in a van, two brothers are psyching themselves up to rob a bank, all to pay for the medical costs to cure their mother. It gets more complicated than hoped when the younger in-experienced brother fires his gun, and they have to flee with the money gathered to that point their vehicle isn’t an option and they rush into an unlocked ambulance that was responding to a heart attack nearby. 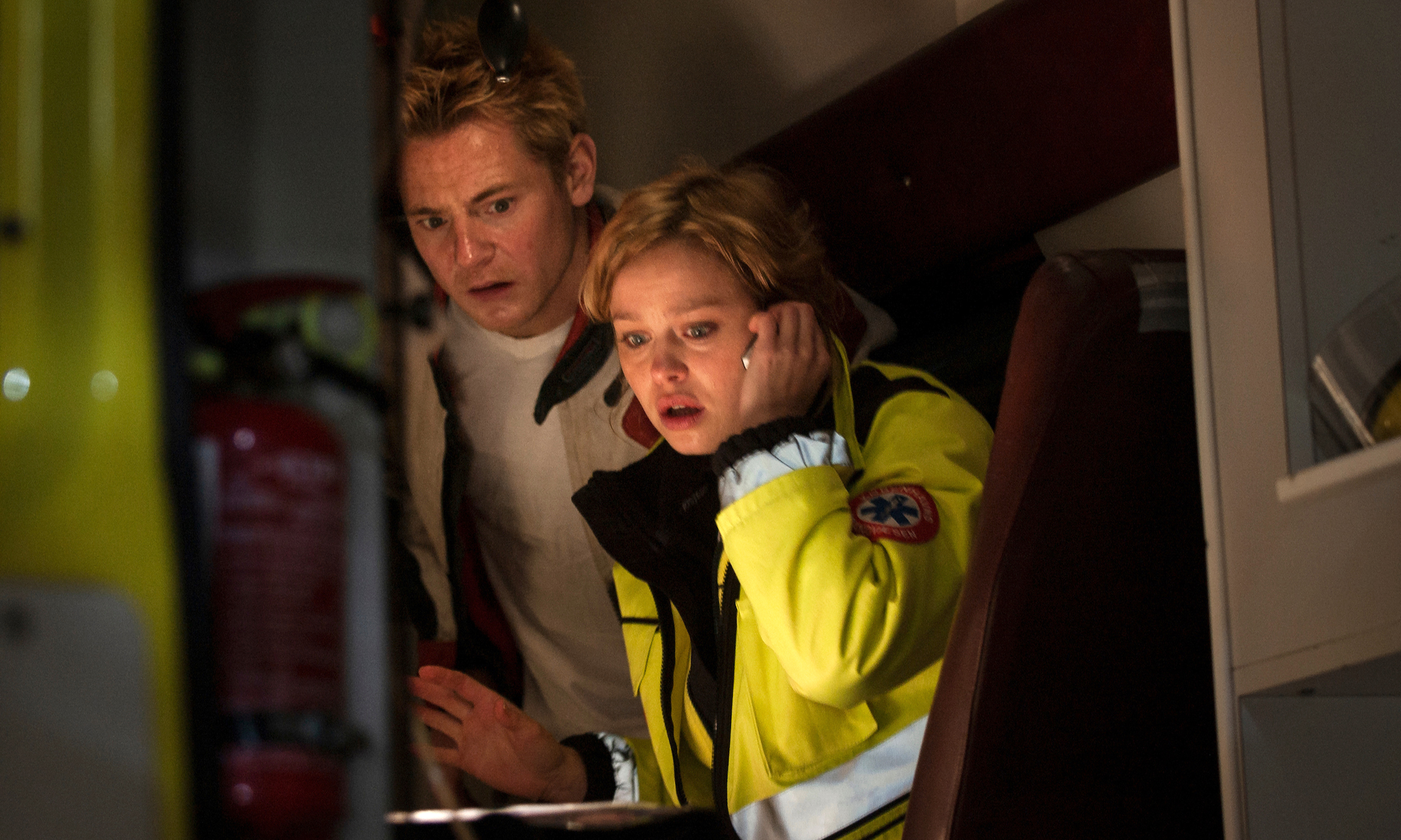 It’s far from the most elaborate plot, and the robbery itself isn’t really shown, but ‘’Ambulance, or ‘’Ambulancen’’ in Danish, mainly uses family drama to travel the Danish villages and countryside. Throughout the short running time, the pacing is rarely off, so it does a fair job of keeping things exciting without over-using action as a primary aspect. It takes a while before the brothers in Paw Henriksen’s Tim and Thomas Bo Larsen’s Frank discover two others in the ambulance with them, Helle Fagralid’s EMT Julie and her patient.

Brother Tim tries his best to make Julie understand the situation with Frank getting more frustrated along the way, both by his brother’s amateurishness as Tim isn’t a hardened ex-detainee and criminal like himself and the fact he cares too much about those possibly getting hurt in this troublesome situation. It’s not much of a surprise that Laurits Munch-Petersen is an award-winning director seeing this film, the narrative is honestly not the most interesting, but this is a director/writer that understands pacing and traditional storytelling in different ways.

If ‘’Ambulance’’ does anything well, it keeps you engaged. The dialogue between the three passengers has this constant tension, and you’re thrown off often enough, so you’ll never quite know about the film’s next move, only having the character’s intentions to form an accurate guess.

Like an ambulance zooming by, it’s over quick but somewhat exciting for your inner child.