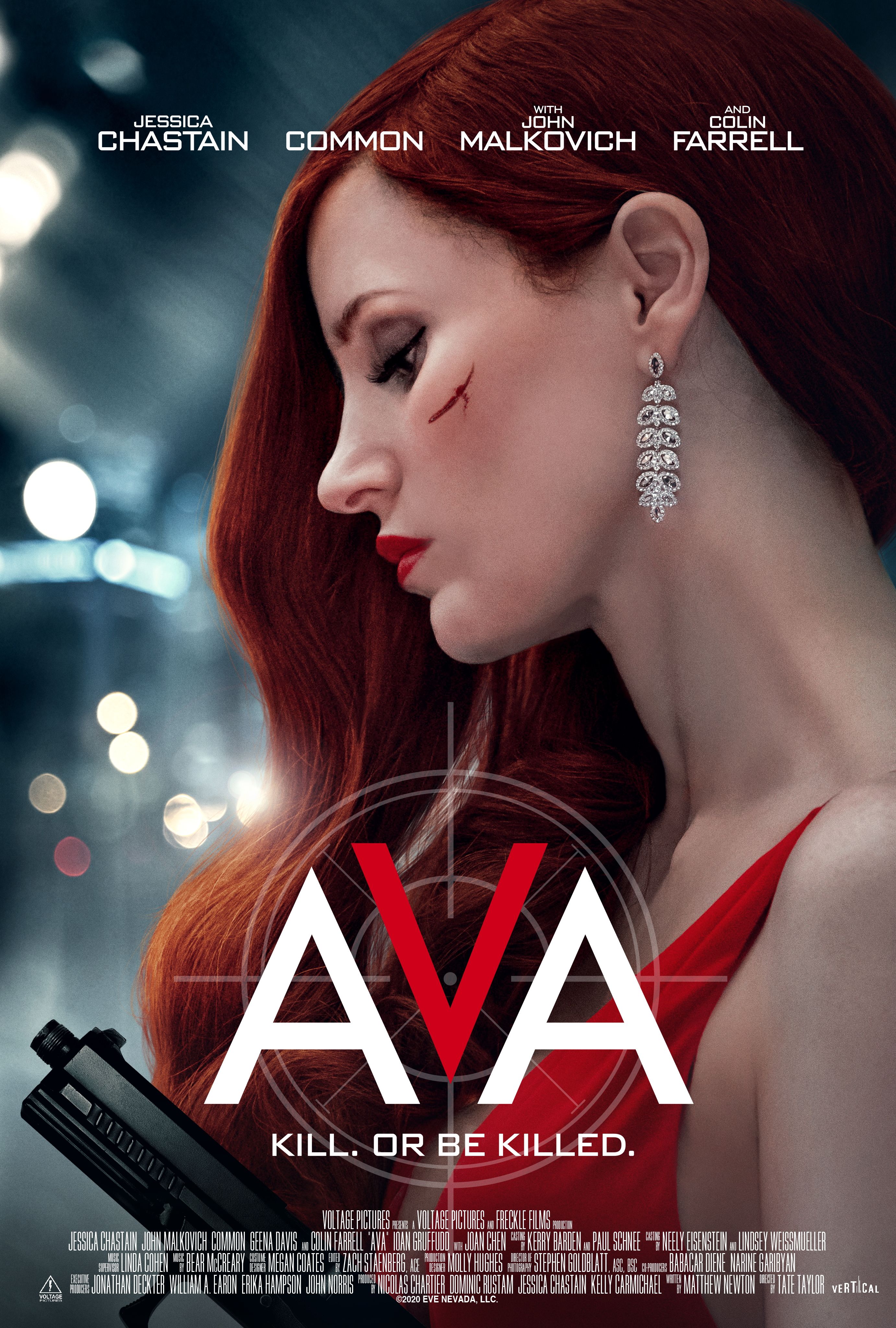 Ava (Jessica Chastain) is a deadly operative for a secretive organization, frequently travelling the globe to assassinate high-profile targets in the most inconspicuous of ways. When her latest assignment goes awry, she and her handler Duke (John Malkovich) agree it’s probably best for her to take a temporary leave of absence.

As Ava takes her time to recover, she does so in the company of her estranged family. For seven years, she hadn’t had any contact and is now trying to reconnect with her Mother, Sister and ex-lover, who now happens to be romantically involved with her sister.

After Charlize Theron playing in The Old Guard earlier this year, now it’s Jessica Chastain’s chance to turn into an absolute badass and kick some ass on the silver screen. Ava is another well-marketed action film for this year, and it stood out as something to look forward to, but of course cannot compete with Tenet, The Old Guard or even Mulan in terms of popularity. While it’s certainly difficult to compare to someone like Theron in a movie that was highly rated by me, Chastain has a good chance in doing so.

Past the intro sequence that sets up Chastain’s character as a seductive undercover assassin, we’re quickly treated to a slideshow of Ava’s past in extensive opening credits. Troubled as a teen she gets in touch with the law and is to be reconditioned in military service where soon after she is recruited into the secret organization she now seems to be working for. From there, it’s easy to assume where the story will take us as we see Ava taking care of multiple contracts with some underlying plot, giving some motivation and an end goal. As Ava takes her temporary leave from the organization however it is soon apparent that the assassination part is put on the back burner and we’re introduced to more of a familiar story where a hitman/hitwoman tries to reintroduce herself to a usual way of living getting close to her family after leaving them for seven years.

There’s a multitude of story angles being introduced after this point, for example, her sister dating her ex, her mother being in the hospital and her father having died when she was away (Who was an adulterer that made Ava look like a liar in the past, she confronted her mother with his ways who didn’t believe her). These different plot points with more being added it just gets convoluted. Chastain would make a great cast as a cold-blooded assassin, but the script fails her and the other cast members. Alongside the lousy script, the fight choreography is also sloppy and lacks that impact we’ve seen in films like John Wick or The Old Guard. All seems to come down to shoving and basic striking and a camera that just zooms in to show some flailing arms and legs. No matter how dramatic they tried to make it, it comes off as static and hardly impressive.

Proof that great casting and budget means nothing with a horrible writer and director at the helm.