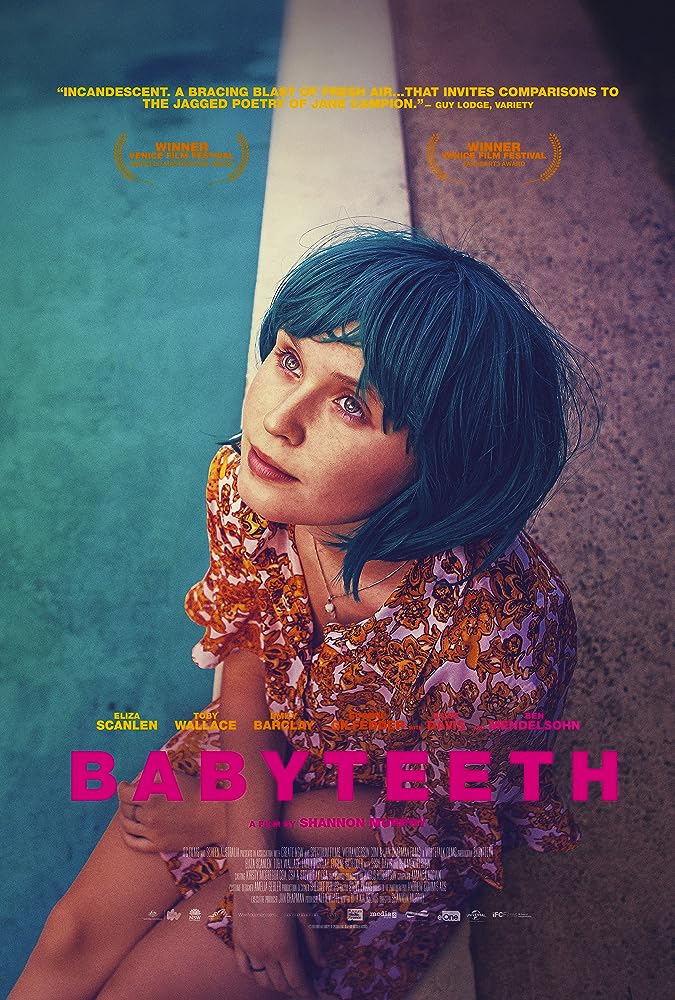 Milla is a young teenager living in Australia with her parents Henry and Anna; they’re quite protective and only want her to be safe as she has recently been diagnosed with cancer and is vulnerable in their eyes. Due to this upbringing Milla is somewhat shy and quiet mostly keeping to herself, this bubble is burst when Moses enters her life, after bumping into Milla on her way to school he makes quite the impression on her as she soon starts caring for this 20-something free spirited individual, her parent’s are absolutely horrified to have him in their daughter’s life and are struggling to see this change in her personal life as a good thing.

Babyteeth is a uniquely crafted film using a familiar recipe. Love, life and Death are at the forefront as it focuses on Milla (Eliza Scanlan), her new boyfriend Moses (Toby Wallace) and her overly loving and restrictive parents.

Unusual but appealing are two words that I’d use to describe this Arthouse-y film, the pacing and flow of the film are different but well executed doing some cinematography slightly different than in films that came before; one perfect example of this are the words shown floating around between scenes, they’re like chapter indications slightly hinting at what is to come or what a character is feeling at the moment of these scenes.

When looking at the few characters in the film, what stands out is their intense personality traits, there is a clear division between their realistic nature and the exaggerated temperament. The individuality is most enticing as every single character has clearly defined flaws and vices which creates for an interesting dynamic especially so with Milla’s parent’s who seem to be trying their best to hold up a house of cards in a cyclone.

Babyteeth could be described as part Comedy and I have to say it does have certain comedy elements. However I would not call it a Comedy in genre nor even a Comedy/Drama but perhaps it’s just me that doesn’t get the style but I notice it’s similar to my recently reviewed Holly Slept Over in subtle Comedy vibes.

As teenage love stories go Babyteeth certainly stands out, structurally Babyteeth is very sound and even managed to tug on some heartstrings in the end. While I wouldn’t go out of my way to recommend it, I certainly won’t dissuade anyone from watching either.

An emotional journey, sugar-coated by Milla’s dreamy attitude to life as she is enraptured by her new idea of love.