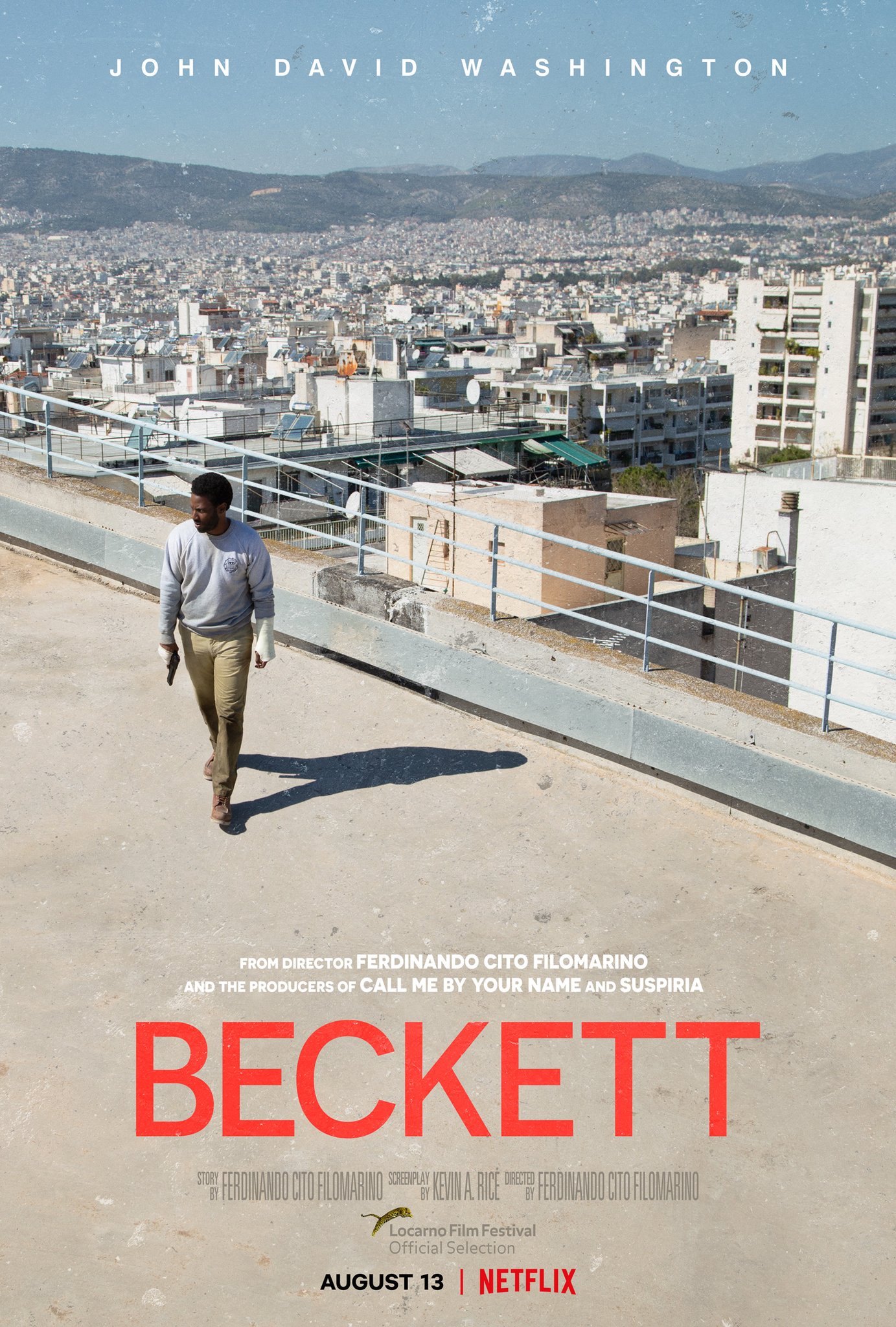 While vacationing in Greece, American tourist Beckett loses his girlfriend April in a tragic car accident. Before being able to recover fully, the circumstances turn on him, and he’s thrust into a political conspiracy having to flee from his pursuers on his way to find peace at the US Embassy.

This is the second feature film by Ferdinando Cito Filomarino after writing and directing one different film and several shorts. Filmed in Trikala and Athens, Greece, it’s been acquired by Netflix in 2020 under the former title ‘’Born to be Murdered’’, with the world premiere being at the Locarno Film Festival shortly before its 2021 release.

Almost like opening a time capsule, ‘’Beckett’’ takes us back to a paranoia-inducing thriller-style from the late ’90s and early ’00s, most reminiscent to movies like ‘’The Fugitive’’, ‘’Unknown’’ and even ‘’Memento’’. Cinematically it is incapable to really stand out, and I’d likely recommend one of the 00’s era thrillers instead. It seems lost in its own vacuum due to the simple script and Washington’s dulled emotional performances.

Besides Washington, there are prominent actors such as Alicia Vikander and Boyd Holbrook, the latter getting most dialogue, story-progression wise. These actors feel like they’ve been cast just to catch the attention and to lure film fanatics to the silver screen. Apart from the well-known names, the cast features an abundance of Greek actors to create a convincing Greek city and countryside.

These local actors do improve upon the film due to the well-scripted language barrier, parts of dialogue being done in Greek. Since this dialogue isn’t subtitled, it immerses the viewer into how Beckett could be feeling, making the English spoken parts relieving as you can finally understand it. These parts, however, are the only points of empathy. Since throughout, there isn’t enough of an emotional connection of what has happened to the main character. Early on, there’s a phone call with April’s parents, but it cannot hold all the weight and lack of emotion through the rest of the film. The cause or the accident is there, but it lacks the effect or the emotional consequences.

Perhaps the rocket strapped to Washington’s back due to his past ventures make this film feel underwhelming and partially the rather generic plot in an aged-style of cinema. It doesn’t matter much as ‘’Beckett’’ soon will find itself in the dark back corners of Netflix, soon to be forgotten by all once it leaves the new releases section.

Slow story progression lacking the narrative crumbs to engage with the plot left behind an entirely stagnant and lacklustre thriller of the past.