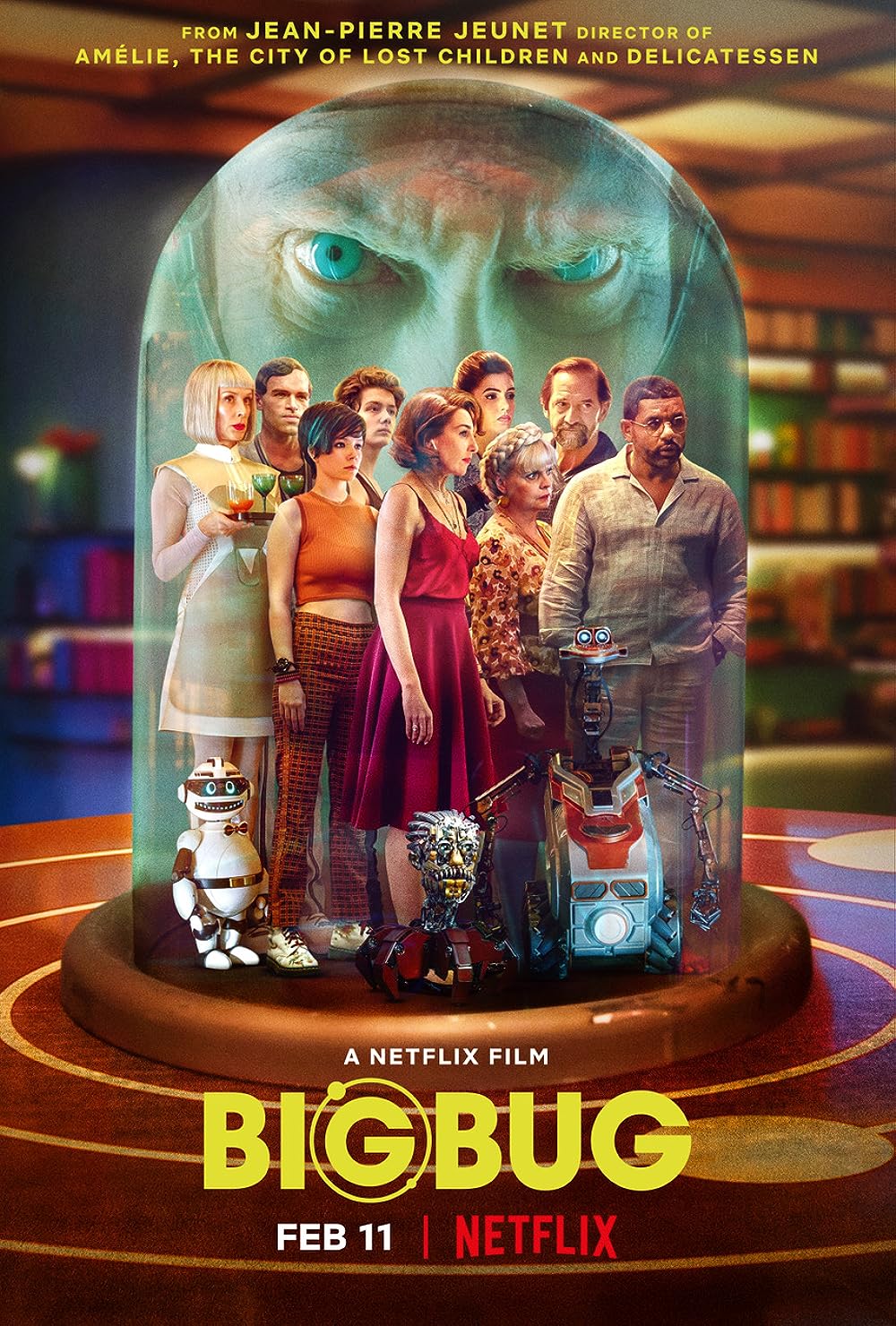 The year is 2050, and humans are living cooperatively with their robot companions. That is until an android uprising is caused by rogue AI and a group of individuals is unable to leave Alice’s suburban home.

Created by outstanding French director Jean-Pierre Jeunet, perhaps most known for romantic comedy ‘’Amelie’’; now comes ‘’BigBug’’, taking a sci-fi setting and introducing a manic group of suburbanites to the horrifying reality that rogue AI units called: Jonyx have taken control of society. Restrictedly filmed with COVID-19 precautions, ‘’BigBug’’ had been produced by Eskwad and the Gaumont Film Company, to be distributed on Netflix.

Meant to be absurdist, most of the narrative, while being threatened by the Jonyx android units, is actually about tension; primarily sexual. Fitting a small group of suburbanites into a moderately sized futuristic home, along with their robotic servants. Alice invited her new boyfriend over, who she’s smitten with but fears might be going too fast. Leo, the son of Max, who was tagging along for some reason, meets the young Nina for the first time, the adoptive daughter between Alice and her ex-Victor, who also came by with his new fiancée Jennifer. And as a cherry-on-top neighbour, Françoise comes looking for her cloned dog, who has, as usual, been running away.

Living in this futuristic 50s – 60s inspired neighbourhood, the sets actually reminded me of the ‘’Fallout’’ games franchise along with elements of ‘’The Jetsons’’ cartoon mixed within. Jeunet managing to cast a who’s who of French talent to inhabit this world. Alongside the actual actors are mostly practical robots that fit within the world quite well, the decision to limit CGI has to be said, is excellent. Things such as the tiny flying drones did more harm, though the technology used seemed aged and looked too obvious; that, however, is a small error in a mostly consistent and compatible whole. 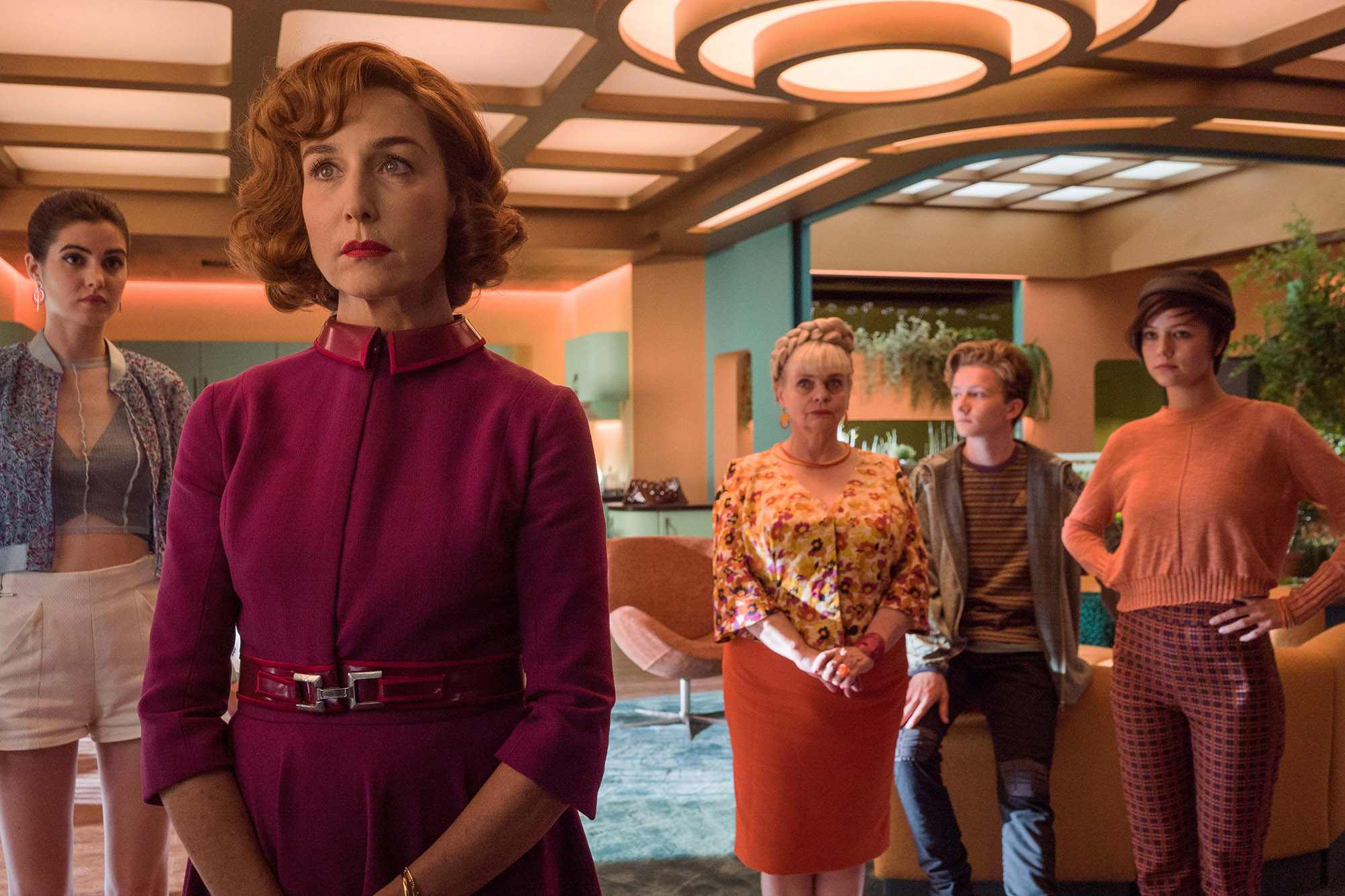 The overall humour and dialogue were quirky, and while it certainly went with its style and kept with it, I couldn’t enjoy it. There’s a lot of logic that goes out the window in farce. Those practical effects, which I did admire, also somehow reminded me of reality TV shows like ‘’Fort Boyard’’. While the plot does its job setting things up, it is quite standard, robots taking over the world. It’s all been done before, but then again, what hasn’t.

While admiring the vision Jeunet had, it doesn’t manage to form a picture as coherent as the world he built. Acting is certainly not to blame, and the majority put in good performances. Still, the CGI elements and a lacking script seem to let the movie down.