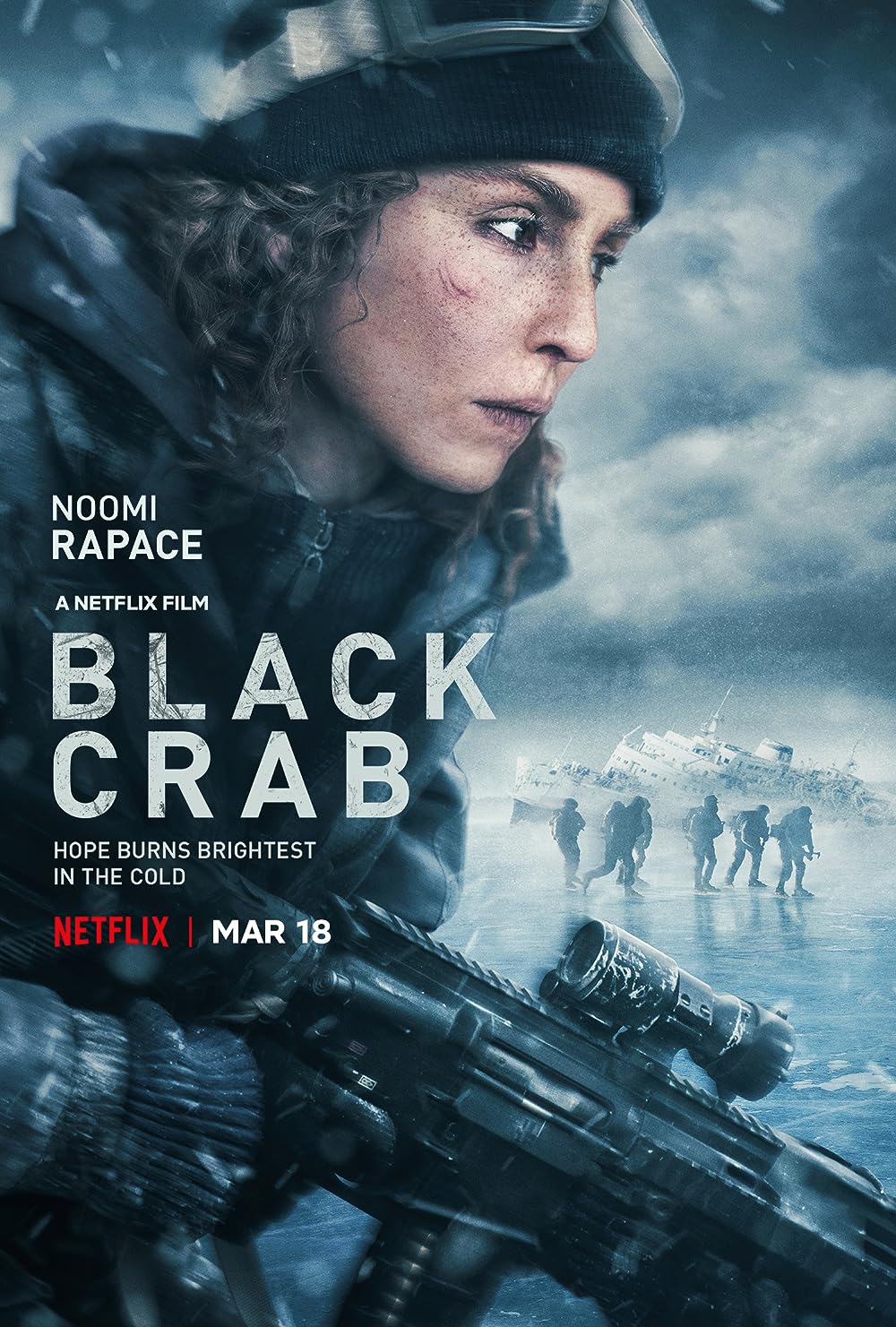 Tasked with the vital mission to deliver a set of classified containers to a research facility, an impromptu team of six has to skate across a frozen sea at night, avoiding enemy contact.

Premiering at the Göteborg Film Festival, ‘’Black Crab’’ is an adaptation of Jerker Virdborg’s novel of the same name. The film also serves as Adam Berg’s feature debut. It has been produced by INDIO and distributed for streaming on Netflix. 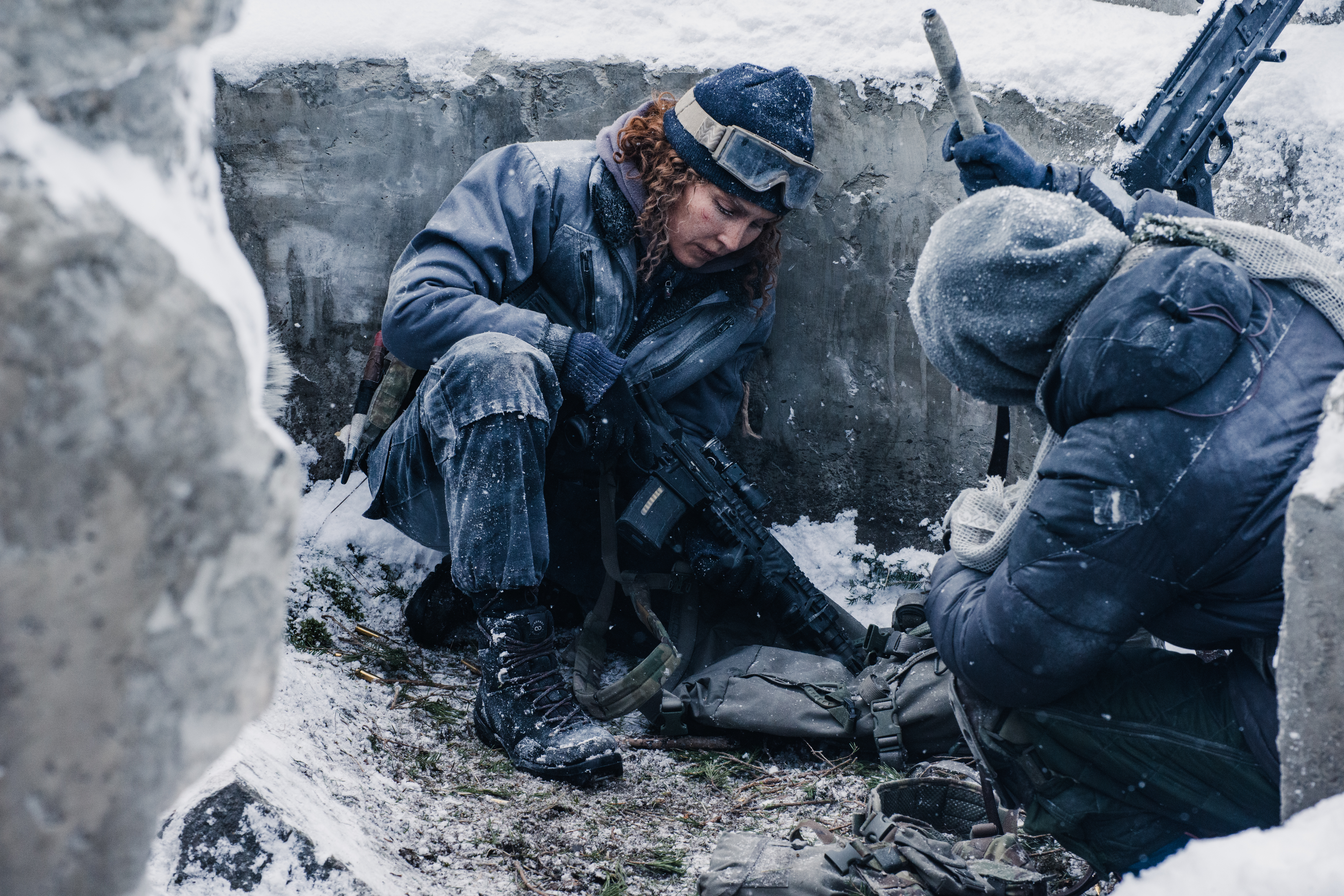 In a shockingly grim introduction, ‘’Black Crab’’ shows what seems like a terrorist strike in a car tunnel. Rapace’s Caroline Edh and her daughter try to hide beneath a blanket in their car before being forcefully removed from the vehicle and separated from her young child. From this point forwards, we find Edh inside a train carriage moving southwards before getting called up by higher command to serve in a different mission than intended.

From a flashback sequence of family drama, we’re thrust into a stratocratic, dystopian post-apocalyptic Sweden. We learn that there are two factions opposing each other, and Edh’s rag-tag battalion is meant to cross an iced-over sea behind enemy lines. We’re only informed about the plot in the simplest of terms. It does seem a bit inattentive in that aspect but what does present itself proves to be an entertaining sci-fi-like venture mostly based in reality, for as far as suspension of disbelief goes. As a feature, ‘’Black Crab’’ requires as much critical thinking as ‘’The Tomorrow War’’, ‘’Oblivion’’ or ‘The Edge of Tomorrow’’ and so can be easily enjoyed by an average audience of action enthusiasts, only presenting some ethical dilemmas.

Describing it plainly, ‘’Black Crab’’ is a constant thrill ride, rarely (if ever) letting go of the gas. Alongside the other cast in her group, Rapace acts as expertly as expected; Adam Berg and the Rådström have a defined understanding of creating unique characters for each of the supporting cast, whether they’re surviving to the end or not. It certainly makes the journey a lot more of a fun experience, for as far as the grim setting allows.

There are many positives to this Swedish motion picture, and Rapace is only the tip of the iceberg; I genuinely have to commend the gun sounds, non-stop exciting action, setting and perhaps mostly the fact that hypothermia is a huge factor, which is more than I could say for Spanish film ‘’Below Zero’’.

It might not be the most elaborate or expanded-upon narrative, but this thriller set in a dystopian future is most definitely more than serviceable.

The U.S. has the SEALS, so why can’t Sweden have the CRABS.