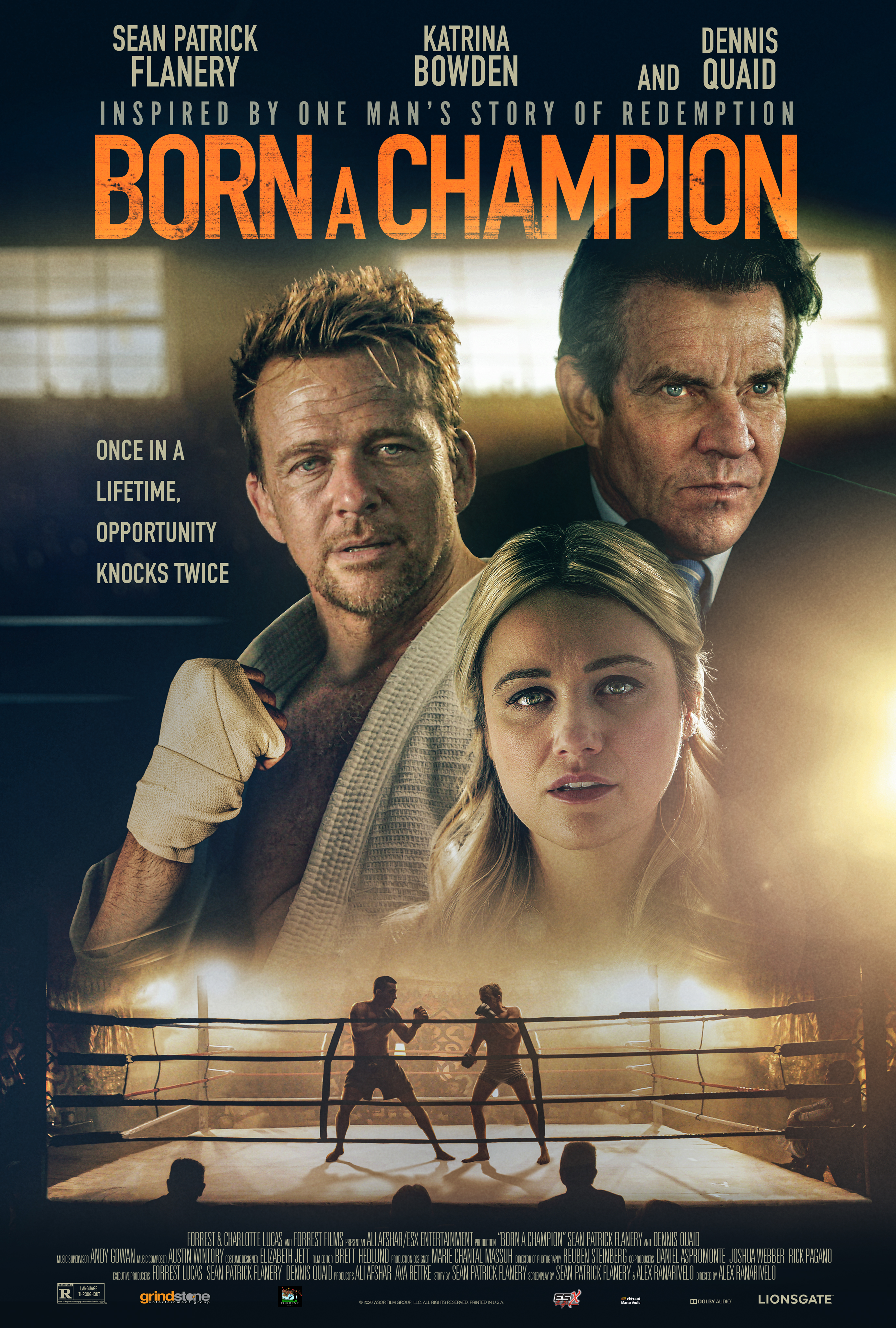 As one of the first American black belts in Brazilian jiu-jitsu, Mickey Kelly (Sean Patrick Flanery) enters an unsanctioned tournament in Dubai. Before being unable to compete for the foreseeable future, he meets his future wife. It isn't long before the MMA life pulls him back for one last fight with a massive prize pool against the person who injured him years ago.

While purely fictional Born a Champion takes a pseudo-documentary approach, opening with an interview of a friend (Maurice Compte) recalling his memories of Kelley. Despite being fictional, Mickey Kelley is actually a BJJ practitioner and even has a black belt and his own dojo. The film is meant as an ode to Brazilian jiu-jitsu.

Featuring current MMA fighters such as Edson Barbosa as the main villain, there is are at least somethings that set this film apart from the abundance of movies like it with titles sounding just as similar. The main actor's expertise and the featured real-world talent, make sure that the fighting is done correctly and even though dramatized, looking effective. To even have Renzo Gracie being mentioned and given a cameo says enough about the film's legitimacy.

Born a Champion is not even nearly as disappointing as I expected, being honest, as a fan of mixed martial arts it was easy to enjoy despite its straightforward underdog story akin to the Rocky films. While the middle segment is quite melodramatic and brimming with cliché's, it does feel effective In what it tries to achieve.

What is not an Oscar-worthy film by any stretch of the imagination works due to Flanery's convincing acting and knowledge of his craft. It gets you invested in the plot and the fights as well. One of the things that work to its benefit despite being an early criticism of mine is the tournament's unsanctioned nature, something that leaves you frustrated at the referee who just seems to be there for a set of basic rules and likely a hefty paycheck. As long as the fights are good, I feel Born a Champion is in the clear as what is a Rocky type movie without engaging fights.

I can wholeheartedly agree that Born a champion despite its plus-points lacks any unique flavour and authenticity to drag itself from the bargain bin where it is likely to end up with many other failed MMA movies. However, even those can be enjoyed by some.

Born a champion destined for a quick retirement.