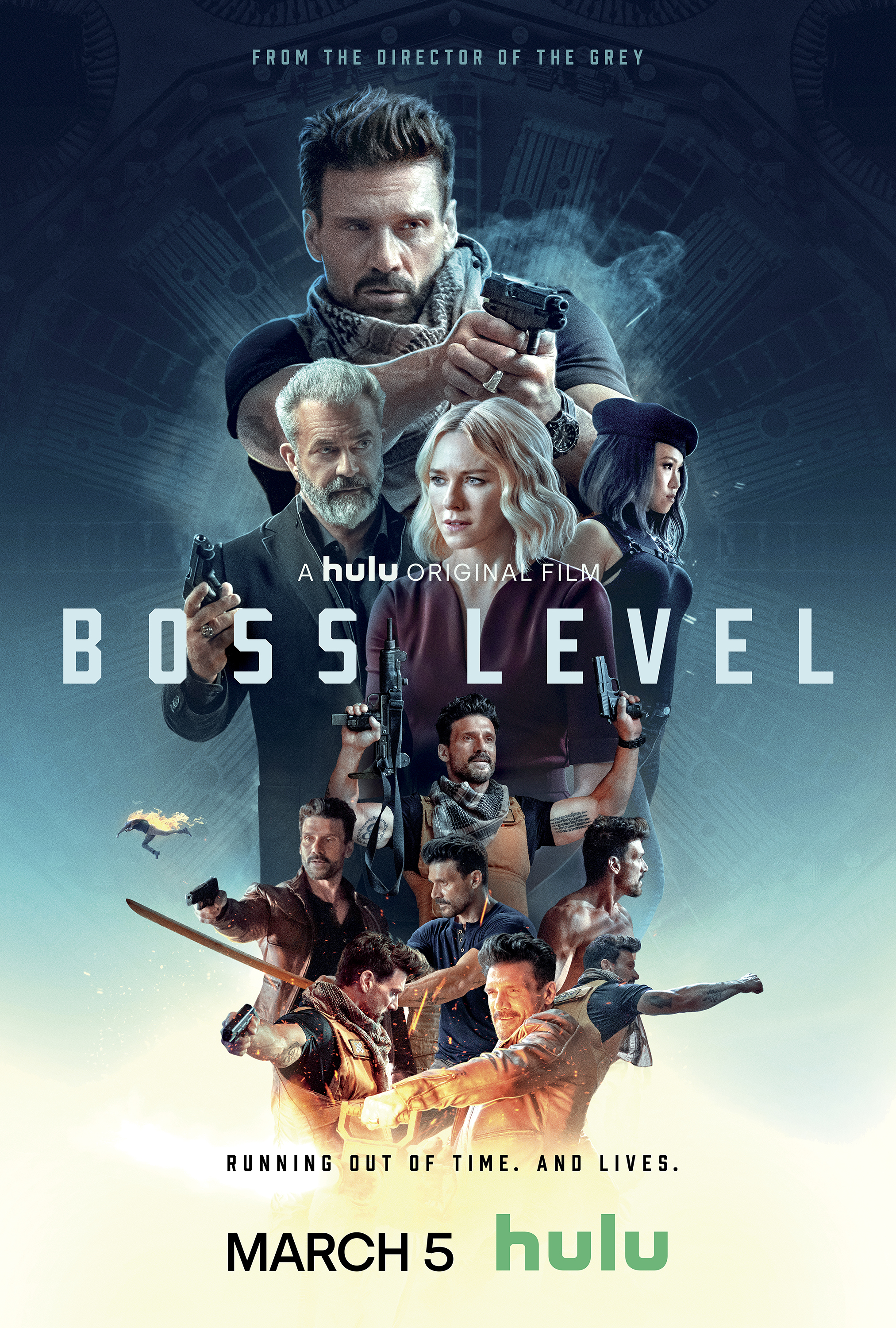 Stuck in a never-ending loop, ex-Delta Force soldier Roy Pulver (Frank Grillo) keeps repeating the same day over and over in a constant fight against a group of assassins.

Certainly not the only spin on “Groundhog Day” we’ve ever seen, Carnahan, along with Chris and Eddie Borey, create an exciting and mysterious action flick. Frank Grillo is somewhat known for less than spectacular films at this point, and sometimes it just doesn’t pan out brilliantly; still, I’ve been a fan of his for a while and was excited to see what presence he could bring to this Hulu release.

Not only featuring Grillo but other famous folks like Gibson, Watts, and Jeong as well. “Boss Level” seems like an underdog movie as most won’t have high expectations, if they had any, to begin with. For me, I can be honest in saying I never even heard a whisper of ‘’Boss Level’’ until it landed on my list. While already having mentioned “Groundhog Day” being the inspiration for the elementary idea, it’s logically similar to other such films as “Edge of Tomorrow”, which also has a sequel that is likely releasing this year or the following. Not only that, as to me, “Boss Level” even had similarities to “Kill Bill” in the group of recognisable and unique assassins. It might be the only similarity to it, though, as this is definitely not as serious as the Tarantino classic. From the very moment the leading character wakes up for the first time in the film, the tone is set, making sure the viewer knows that comedic elements play a prominent role in it all. While not being branded as a comedy, it’s quite humorous at times, with Grillo’s character Roy’s lackadaisical attitude, which is understandable if you know you’ll be repeating the same day anyway despite what happens.

After a strong opener, the writers and director try to open up the narrative a little, explaining Roy’s background leading up to how he ended up repeating the same day in the first place. It does lose some steam and comedic value at this point not too long after the initial scene but gets back to shining in-between the more drama-focused story beats. Such a defined style and the charm of its different elements make it a compelling film and more entertaining than you’d have assumed. While the effects don’t seem too refined, that had to be an intentional decision rather than not having any budget to spare on it. The fighting choreography also works quite well, really forcing a generally entertaining action flick.

Previously directing “The Grey” featuring Liam Neeson, Carnahan even put in a sneaky little reference to the famed action actor along with some other neat references to all kinds of different fans. By no means is “Boss Level” brilliant, but it certainly does a lot right. If anything, the film is almost like a blockbuster for B-movie enthusiasts; I’m impressed that Carnahan managed to take such an overdone gimmick and aced it.

I’ve actually written this review two hundred and fifty-two times, each time with the same result.