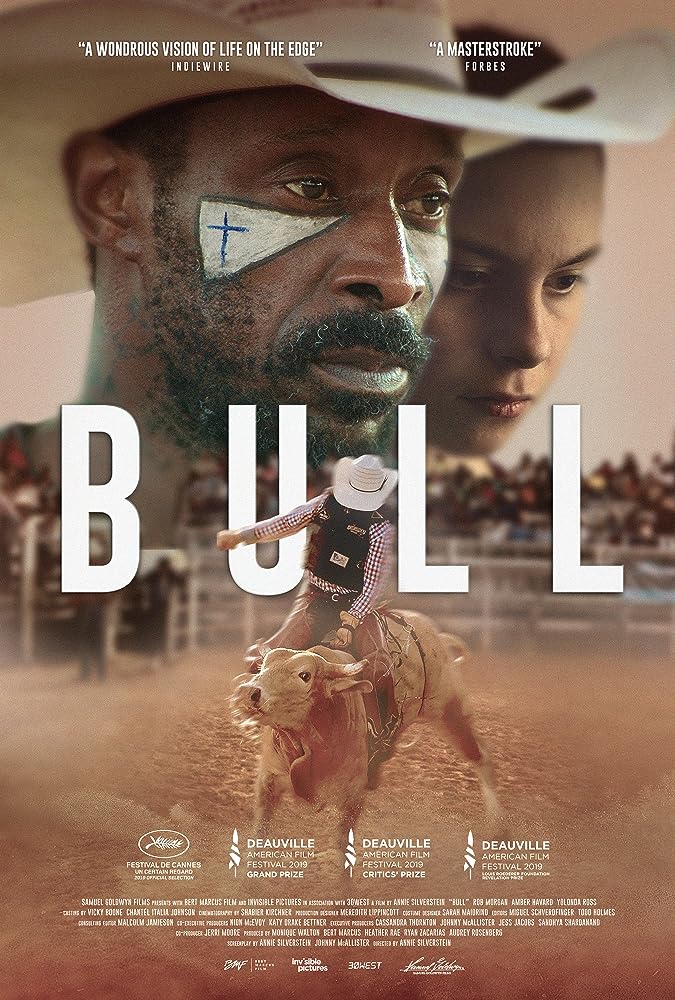 Bull takes place near the city of Houston; it’s a poor rural suburb that Kristal (Amber Havard) calls home. Kristal often abbreviated as Kris currently lives with her grandmother who she doesn’t get along with very well, this is due to her mother being incarcerated for a crime that isn’t mentioned. Most of Kristal’s time is spent either hanging out with friends, caring for her younger sibling or causing a ruckus unruly as she is. Even though her grandmother tries her best with a strict upbringing, it’s quite challenging to keep Kris on the straight and narrow.

Cycling back home one day Kris comes by a neighbours house who she knows isn’t at his house during the weekends, she breaks into his house and hosts a party, the following morning the house is a mess and as the neighbour comes home, he catches Kris before she can run away, after calling the police Neighbour Abe (Rob Morgan) decides to teach her a lesson by making her clean up the mess and help him around the house in an AD-HOC apprenticeship kind of way.

Serving as Silverstein’s debut Bull is quite a slow-moving picture. While focused mainly on Amber Havard as Kristal, Rob Morgan also plays a sizable part as a former Bull rider turned bullfighter/rodeo clown. Abe lives a simple life while being stubborn as hell to give it up despite his old age and past injuries; both main characters are quite different individuals getting to know each other by happenstance, their relationship develops slowly and mostly isn’t very affable. For Kristal however, this is a story that seems to focus on redemption as she tries to find the right path in life, but just as in reality this road isn’t always the smoothest thus there are plenty of bumps and bruises along the way.

The unruly and wayward character of Kris and the charismatic, diligent attitude of Abe to make ends meet often clash, they alongside other minor characters get introduced pretty soundly but seem to lack any form of the development, whilst I thought we would see some redemption for Kris and maybe even a blossoming friendship between her and her neighbour, things just kind of stay the same. The characters are well defined, but soon you’ll realise Kris is one of the most unlikable children you’ll ever see while taking a realistic approach that doesn’t necessarily seem to be leading to a storybook ending it would have been wonderful to at least see some character arc’s yet instead everyone just seems to stay as they started at the introduction. Okay, there are minor arc’s for Abe and even Kris’ mother there isn’t a lot that changes for better or worse.

While Amber Havard might have some future in the film industry in this film, I’d just describe her as having Kristen Stewart syndrome, showing barely any emotion not getting better later on after interactions that could’ve lead to something more interesting for Kris’ storyline.

The idea behind a realistic film like this from debuting director Annie Silverstein is commendable and even though there might be an audience for everyone this just felt stale and stagnant to me.

Bullfighting sounds a lot more exciting than it seems in this film.