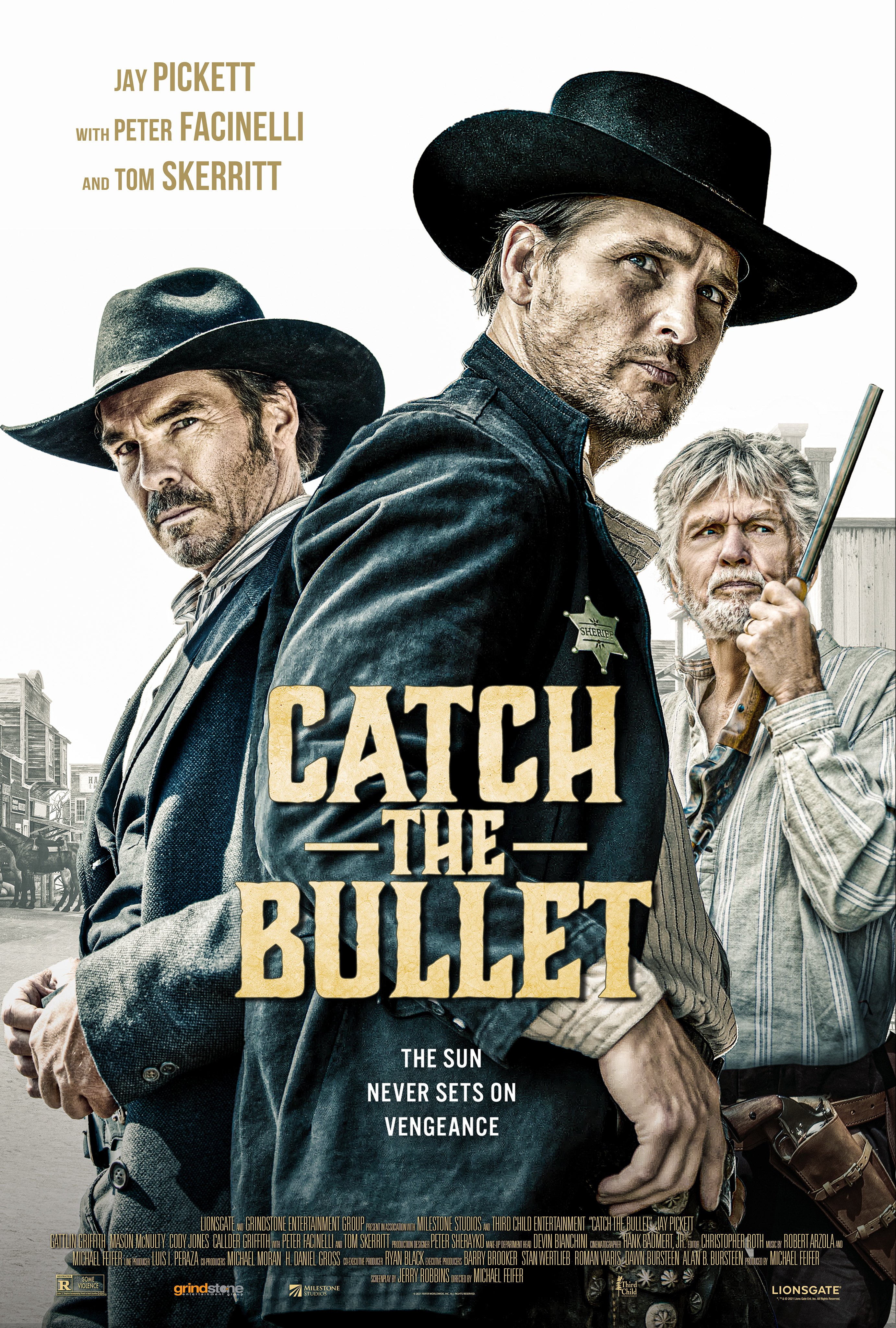 Returning home after chasing a bounty, U.S. Marshal Britt MacMasters discovers an outlaw gang has kidnapped his son. In an attempt to recover him, he and his deputy need to cross Sioux native lands, which could cause some trouble. 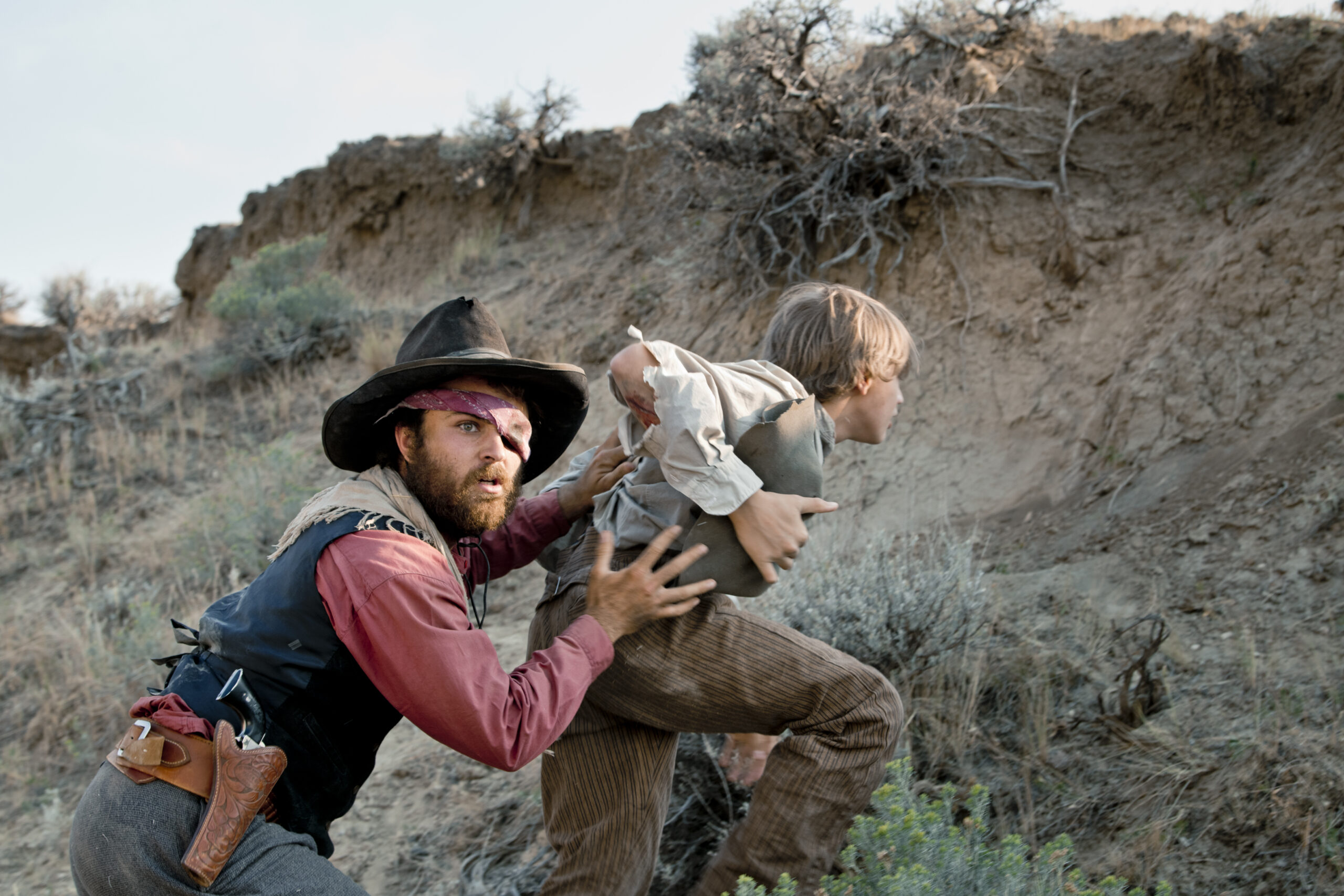 Filmed entirely at the TA Guest Ranch in Buffalo, Wyoming. Director Feifer has the challenge to create an engaging film using purely different parts of the property. Feifer has stated he felt a lack of westerns in the modern era, and ‘’Catch the Bullet’’ is his attempt to give western fans some fresh material.

Vast expanses stretch on screen, creating a seemingly huge playground for its characters. It tells a simple story of a Marshal’s son getting kidnapped while his father is on duty, it’s not reinventing the wheel by any means, which is best in some cases, as long as the rest of the features are solid, but few parts really are. 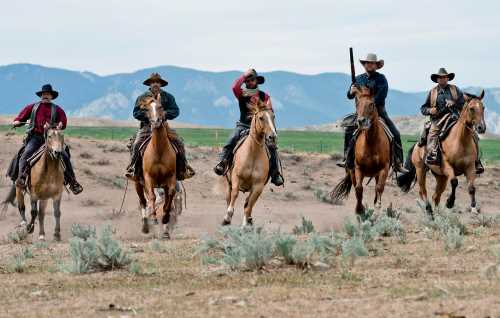 Those positives are mainly the decent yet fitting costuming and overall aesthetic of the large swathes of land, with some rare cabins across the landscape filling a meagre portion of it. Filmed in high definition, then seemingly being released without any added editing creates a sharpness showing every speck of dirt, genuinely excellent for home video but not at all for a feature film. As mentioned, Feifer intended to add something new to a more uncommon genre nowadays. Granting ‘’Catch the Bullet’’ to a catalogue that’ll happily receive it. But, there’s a catch, which isn’t just the bullet, seeing a low production budget and not much to work with, apart from a sprawling ranch-side landscape. While a big budget doesn’t always make a great film, look at ‘’Red Notice’’ for example, it does always helps it along. So a lack of finances might hamper production, and if only a single thing would’ve been clear, that might be the case for ‘’Catch the Bullet’’. Nothing could’ve raised this film to a higher level; acting is choppy and highly lacking, with only a rare example being decent. Dialogue mostly made little sense, making you feel you missed a fundamental part of the film’s narrative. Looking at Feifer’s credits, he seems to direct at least four films a year minimum, writing some as well, mostly TV movies. It appears to be a typical example of throwing content out to see what sticks.

As cinematographically empty as it appears and using such a barebones basic script, they could’ve created a more defined piece; in this case, it is anything but. It even lacks simple effects such as bullet wounds and a fully lit, more modern-looking house heavily features in a dream sequence. There are no redeeming qualities here, and this one should’ve stayed on the cutting room floor.

I’d rather catch a bullet than sit through this film again.