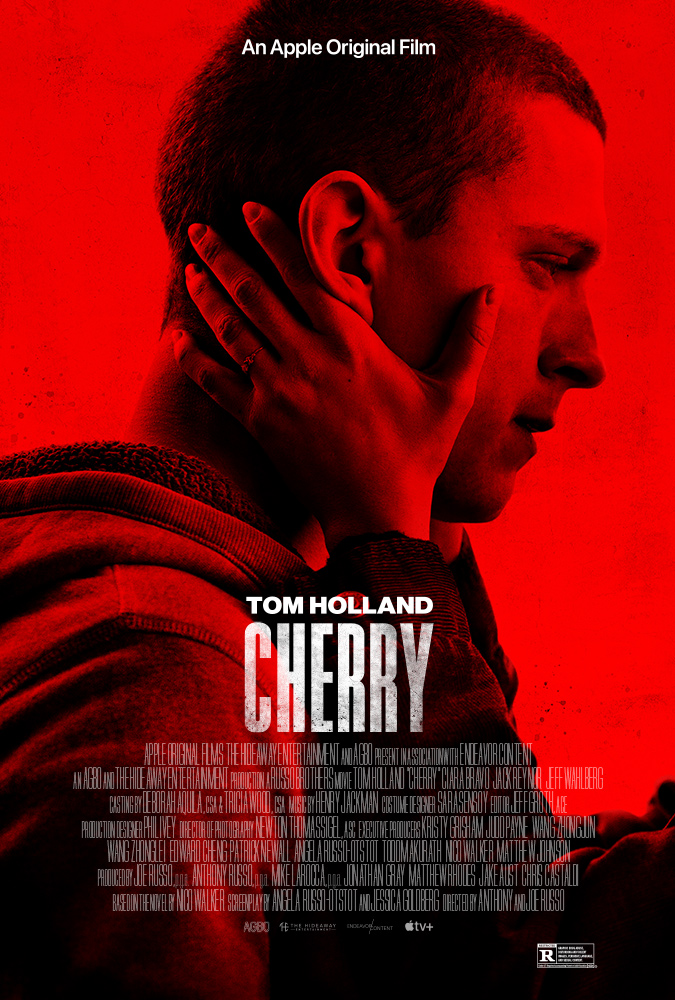 The life of a 23-year-old college student named Cherry changes forever when he meets the love of his life in Emily. Their cherished relationship flounders, and in a spell of heartbreak, Cherry enlists in the US army. Although their relationship recovers, he cannot return from his chosen path and his military duty leaves him as a shell of his former self. In an attempt to stay sane, both Emily and Cherry get addicted to drugs, and life devolves into a nightmare. 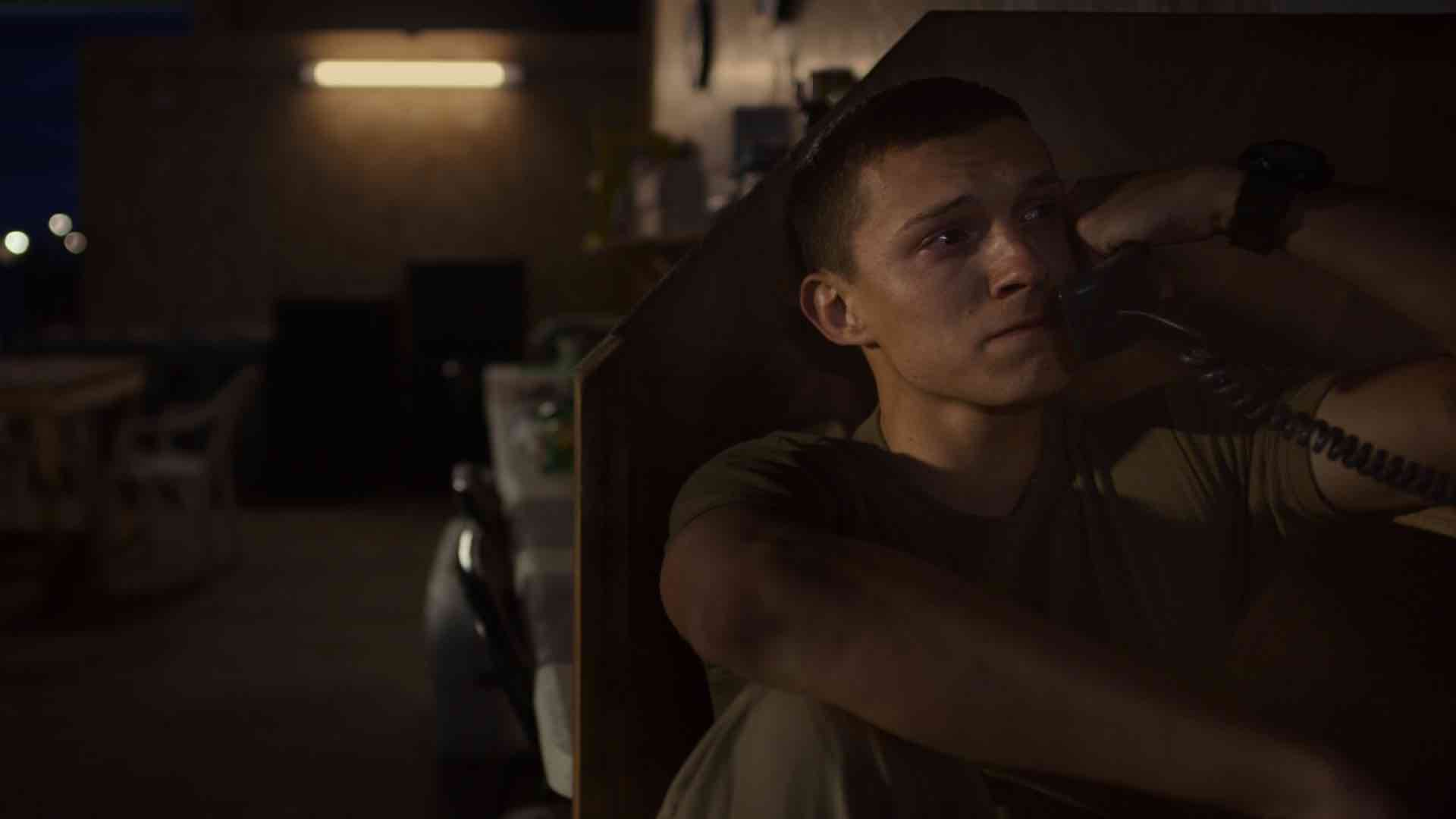 Based upon a novel written and inspired by Nico Walker's own life, Cherry is an auto-fictional work. With rights purchased through the AGBO production company, Anthony and Joe Russo developed this film version.

Life isn't always easy, "Cherry" reflects that more than anything else in an ultra-stylised, dark and emotional way. It effectively shares the emotion felt by the main character Cherry using self-narration, and it works to be fair. Sometimes such a narrative method can feel distant from what actually happens in the film and thus takes you out of the story, but Holland's voice lends itself to both the character itself and the narration.

As the red thread moves along Walker's partially fabricated life, it takes its time to wallow in its misery. The slow progression works in a way but certainly isn't for everyone. Such depressing storytelling does, however, feel very angsty and might be better received by younger viewers in the midst of puberty. The Russo's stepped away from MCU films for a while and seem to create something that is very well produced but self-obsessed; you can tell they loved making it but not exactly in the way you want to convey such feelings. 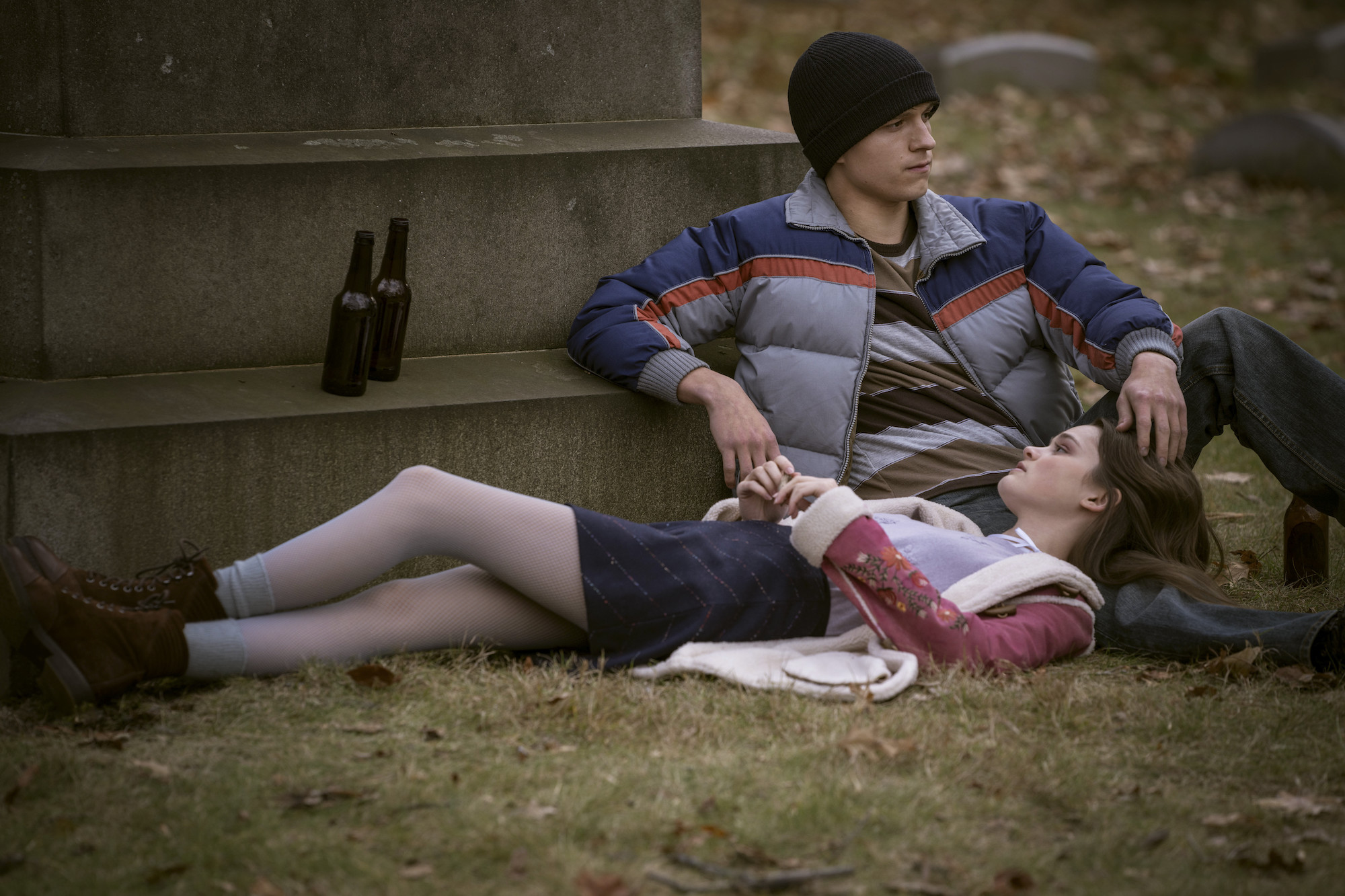 While negative, there's no doubt that this film somewhat accurately depicts the trauma inflicted upon many veterans of the US army. Below that is a realistic depiction of Tom Holland as a late teenager struggling through life, truly great acting by Tom Holland which is different enough but still gives us vibes of his representation of Peter Parker in the "Spider Man" franchise. Supported by Ciara Bravo, they form a perfect duo performance-wise. While the plot itself is meant to be depressing, the voice is so overbearing that you disassociate with the characters due to a lack of connection.

It's meant as a harrowing and emotional story. Still, in this cinematic venture, the Russo brothers travel the complete opposite way of their MCU films and instead of ultimately positive and uplifting narratives, "Cherry" depresses audiences by dumping bad vibes in every inch of this feature.

It's a bitter pill to swallow.