Writer: Erica Schmidt (Based on Musical by), Edmond Rostand (Based on Play by)

Intended to be married off, Roxanne states she desires to wed someone for love instead. Seeing a newly recruited soldier at a play, she becomes enamoured with him and requests her old-friend Cyrano to introduce her to him, only without knowing Cyrano himself is deeply in love with her as well.

As a recreation of Erica Schmidt’s 2018 musical, which was itself based on Edmond Rostand’s 1897 play, Joe Wright has adapted the script to film—featuring Peter Dinklage and Haley Bennett, who are themselves among others reprising their roles from Schmidt’s musical production. The film had been shot in Sicily during the Covid-19 pandemic, the same as many other films produced in 2020. United Artists Releasing and Universal Pictures arranged distribution, with production done by Metro-Goldwyn-Mayer, Bron Creative and, Working Title Films. 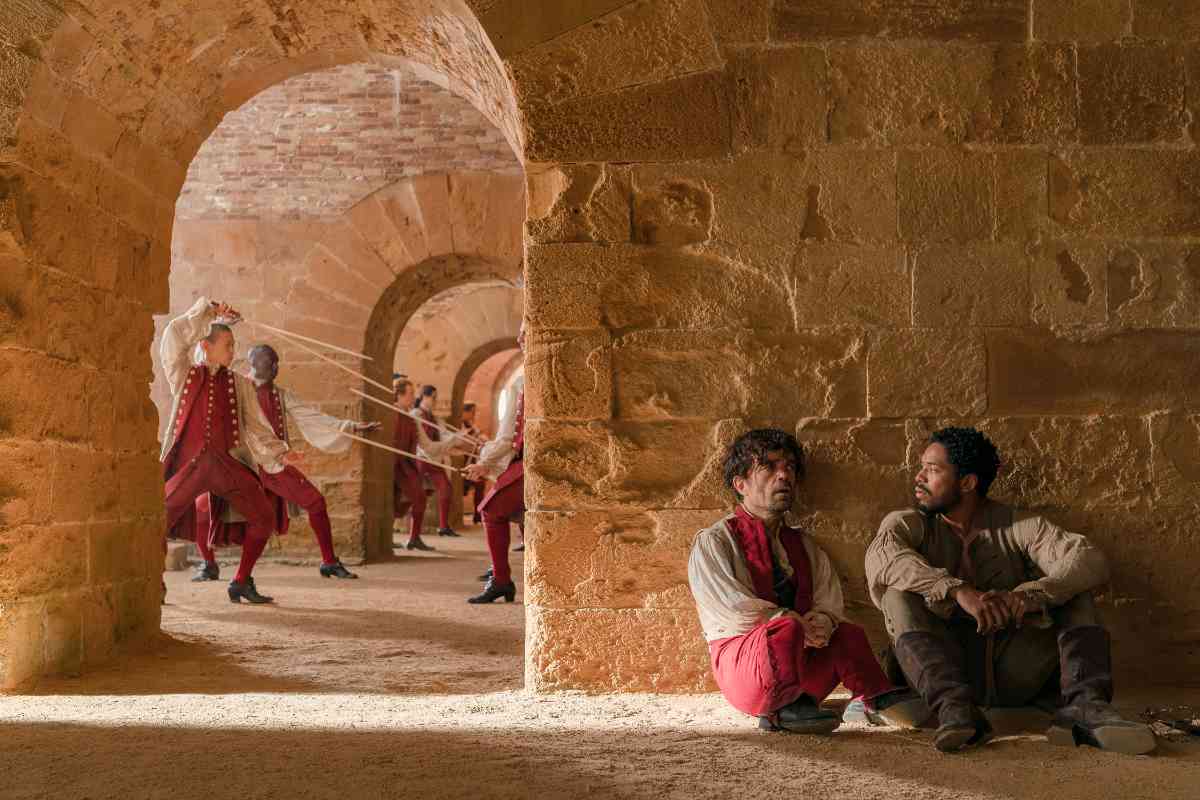 In film, musicals are quite different, needing a balance of dialogue-based drama combined with the songs featured in the original rendition. Cyrano seems to establish itself as a traditional musical film, opening in spectacle but sticking close to an in-theatre depiction. Unlike other more Shakespearean displays, Cyrano seems wonderfully accessible; the story being is simple enough while still forming an interesting narrative curve.

Development happens quite rapidly, seemingly skipping time between the musical parts. It’s understandable as a decision, but unlike other films, the songs themselves are done perhaps most terrifically, as the musical compositions very naturally make their way into the scenes, sometimes calling forward a ballad and other times simply serving as some in-between ambience. The balance struck works unexpectedly well, engaging both fans of pure cinema and those who are more theatrically inclined.

Cyrano himself, in this instance played by Peter Dinklage, has been creatively altered; in past depictions, what made him a ‘’freak’’ was the fact he had an enormous nose here; however, the playwright and soldier is someone with dwarfism. Somewhere in the film, there does seem to be a reference to the previously used depiction, but I was not entirely sure.

Without being much of a fan of Musical productions, Cyrano is an excellent film; in my opinion, aesthetically, it works just as well as some of the best historical dramas and the story while simple packs a certain charm. While the songs aren’t as catchy and memorable, they fit as a more emotional and melancholic drama musical film.

Short or not, Cyrano works tremendously well as a film.