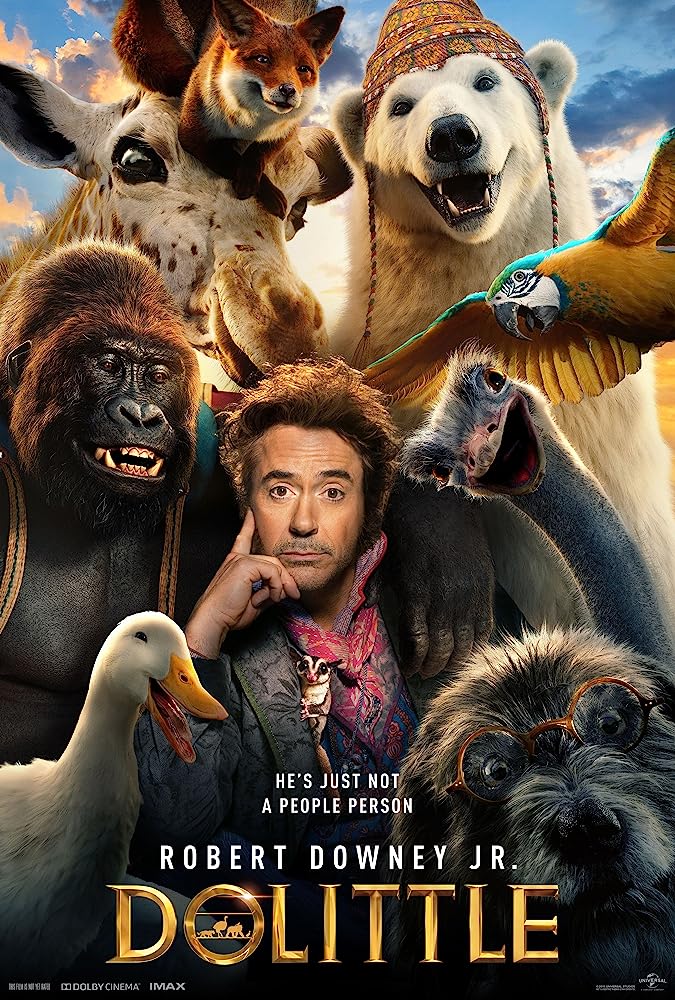 In Dolittle we see a rebooted franchise reimagined with a star-studded cast mostly doing voice acting with the exclusions of Antonia Banderas, Michael Sheen, Jessie Buckley, Jim Broadbent and Robert Downey Jr. Unlike the previous incarnations, this film takes more of a fantasy approach, instead of Dolittle being a current-day doctor.

Downey’s character lives in an isolated manor with expansive stretches of land for many animals he’s cured in the past, a paradise for injured or harmed animals. However, the doctor has completely isolated himself ever since his wife Lily got lost at sea while on an expedition, Dolittle has stopped accepting new patients. That is until young Stubbins (Harry Collett) sneaks onto the premise with the help of the talking parrot Polly voiced by Emma Thompson, seeking aid for a squirrel he injured accidentally with his father. An adventure follows as Stubbins sneaks into the manor where he also runs into Lady Rose (Carmel Laniado) who needs the doctor to aid the Queen who’s gravely ill.

From the moment Dolittle has examined Queen Victoria (Jessie Buckley) the storyline planned becomes clear, a straightforward hunt for a mythical medicine; maybe too much so. If you’ve ever seen an adventure movie you’ll know what your getting, the amount of top talent they got to do voices is ridiculous; from WWE superstar John Cena to ex-Disney actor/singer Selena Gomez. If anything this cast serves as proof that the actors aren’t everything in a film no matter how many you put in it. While there we’re some funny interactions between the voice-acted animals and the other main characters, there wasn’t any real depth in the characters, some backstory but nothing more than that, while it would’ve added for the overall feel of the movie. It’s still a refreshing new take on the character of Dolittle with high production value and an even higher budget, but sadly it just falls short due to a lacklustre script.

The children as the target audience will no doubt love the movie, they’ll laugh, smile and have a good time, and that might be enough for the parents showing their kids this film, but with so many better movie options out there for kids as well as the parents. It is an entertaining movie, and honestly, I didn’t struggle to get through it, but substance is severely lacking.

Spectacular and entertaining, but in terms of storytelling, it does little.