Writer: David Lynch, Frank Herbert (Based on Novel by)

In a political war between houses, planet Arrakis stands at its centre. House Atreides and Harkonnen battle a grudge over a substance called: Spice. This substance is said to extend life and expand the human conscience.

On the heels of Star Wars: Episode VI – Return of the Jedi back in 1983 came the 1984 cult classic Dune. The film, directed by world-renowned director David Lynch, was based upon the novel by Frank Herbert. Due to the success of the books, several attempts at big-screen adaptations were made without much success and this eventual project by David Lynch also regretfully turned into a financial bomb. 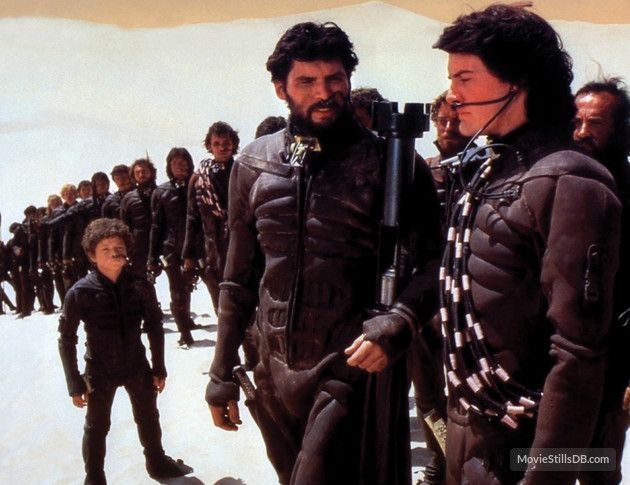 While adaptations of the popular source material started about six years before Star Wars: Episode IV – A New Hope ever came out, the final film that Lynch fully produced seemed troublesome from the get-go. Having to follow up the start of what is now an absolute classic franchise in cinema and still hailed to this day isn’t a task most directors and writers could stand up to. Due to the pressure put upon the director, Lynch even went as far as disowning the film, claiming the lack of artistic control and refusal to give him final cut privilege harmed the product.

Based around a few of these planets thought up by Frank Herbert, the abundance of light is shed on the vast landscapes and structures, mainly shown through stunning paintings, which was common for the time. Large chunks, however, take place in the palaces of the leading houses, which appear quite different yet very similar in design and layout, only swapping colour schemes and certain architectural styles. Bolstering the difference meant to be portrayed between the houses of Atreides and Harkonnen is the costume design, deserving some praise, perhaps even stealing the show. 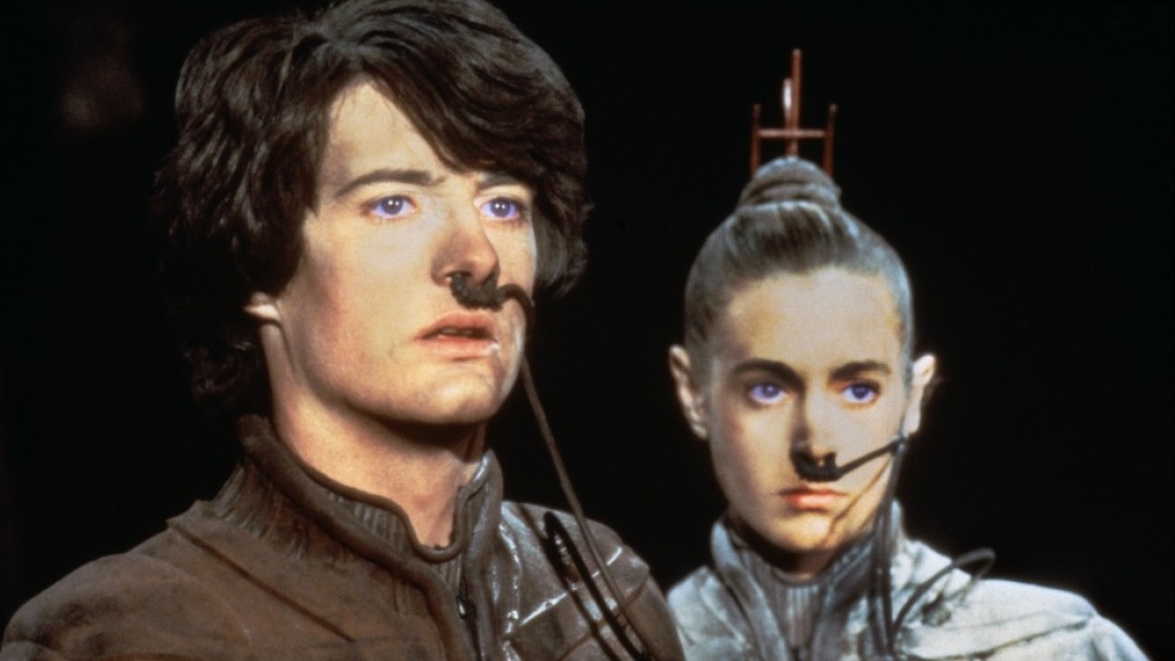 When digital effects come in, such as the blocky shields used in fights, they appear unfathomably strange and out of place, while the Baron with his practical puss-filled warts is effectively vomit-inducing. Although the aforementioned paintings are worth praise, I’d still have preferred some more attention going to the different planet environments, taking advantage of the vastly different planets such as the endless oceans on Caladan and the toxic and industrial Giedi Prime.

The script and acting tend to be overly dramatic, in scenes that are hard to take seriously; nevertheless, the drama fit the time and was generally admirable. Not that it’s hard to imagine seeing actors such as Patrick Stewart, Max von Sydow, Kyle MacLachlan, Brad Dourif and even music icon Sting. The real shame comes in the severe lack of direction and focus. That creates a feeling of being shoved around a poorly realised storyline. Lynch can most certainly do miles better given his freedom in the art of filmmaking.

Eventually, this film version of Herbert’s ‘’Dune’’ did reach the status of being hailed a cult classic, but I cannot help to agree with Lynch in disowning this rushed production.

As barren as a sand dune, only really worth going back to if you’re a die-hard movie fanatic or in the film business.