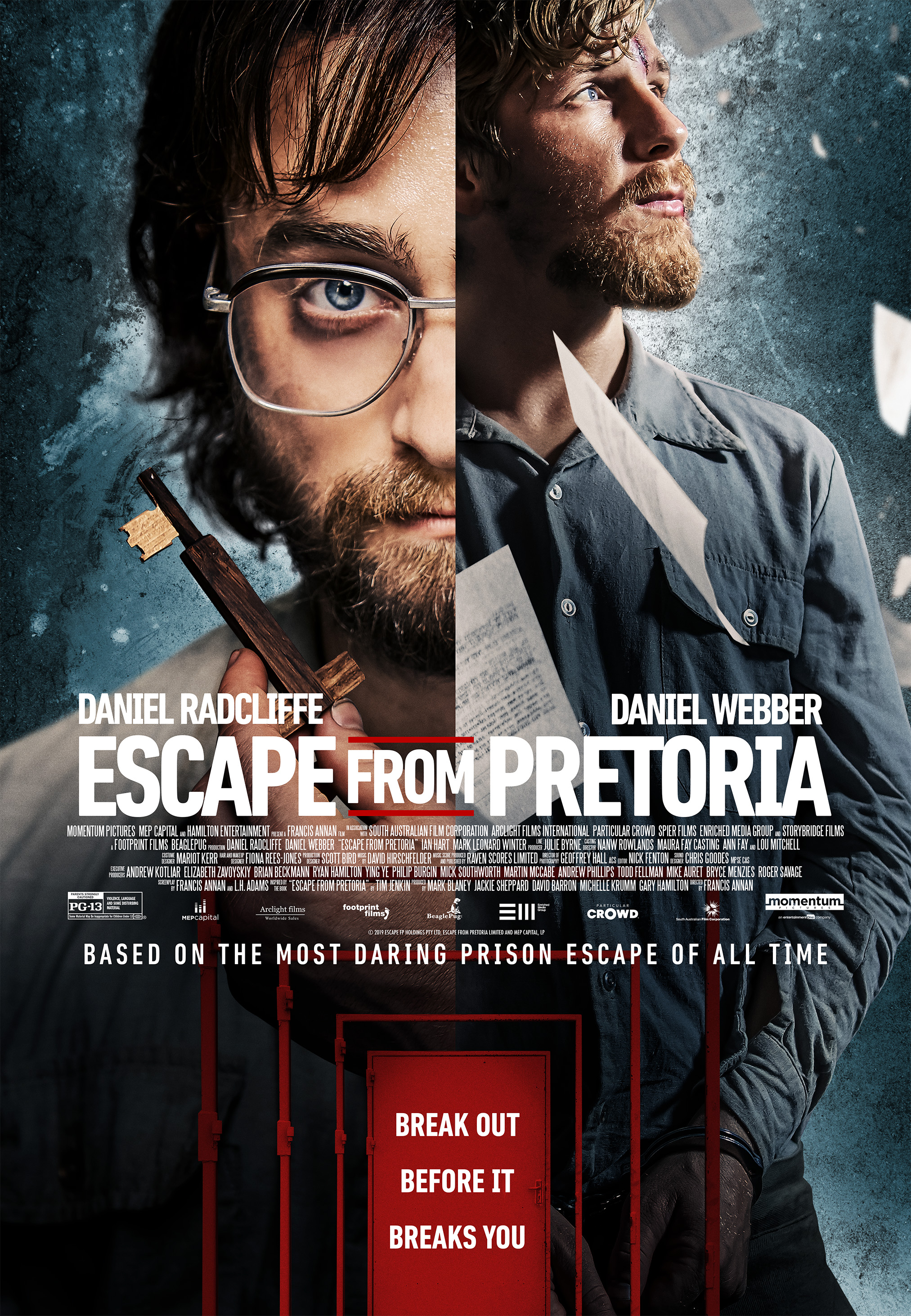 Based on Tim Jenkin’s true story, Escape from Pretoria showcases the ingenious prison escape by Tim Jenkin (Daniel Radcliffe) and his cohort Stephen Lee (Daniel Webber) who were captured as political prisoners in their protests against the South African apartheid segregation system. After being caught during a pamphlet bombing, they do their best to break out of Pretoria Local Prison with the help of fellow activist Denis Goldberg (Ian Hart) and Leonard Fontaine (Mark Leonard Winter).

As with many other film adaptations of true stories, this is best seen as a loose adaptation as to what happened in real life yet trying to make it as accurate as possible whilst still entertaining to a mass audience. The balance director Francis Annan attempted to achieve was a successful one in my eyes, pleasing both Jenkin and the audiences with this well-executed prison-break thriller.

Within this somewhat nutty MacGyver-esque escape plan lies a personal thriller littered with tense moments such as when the fragile wooden keys are used to open the prison’s different locks and the complicated interactions between the prisoners. Escape from Pretoria is gifted with such a unique story, but apart from that, the question is if the execution with all interlaying factors was correctly done as well. Having the setting of South-Africa and using some Afrikaans in multiple scenes you’d have to assume some South-African actors were approached for the roles, whether that is the case or not there are no real South Africans in sight as roles are filled by Australian and English actors trying their best to nail the peculiar pronunciation of Afrikaans. The use of the difficult language might’ve been unnecessary yet still is a noble attempt despite the poor execution.

In all honesty, Escape from Pretoria while not without faults is entertaining throughout, I wish the director would’ve focused a little more on the more unique aspects, one scene specifically, earlier on in the film caught my attention where Radcliffe’s character first attempts one of his impromptu keys, what happens is we’re treated to a somewhat gimmicky shot where we can see inside the locking mechanism, if that would’ve been used throughout the film, in the actual escape but also failed attempts in-between the tension would’ve been even better, it’s a shame they either cut more of those shots out or decided against it after that specific shot.

This loose representation of Tim Jenkin’s experience within the South-African Prison might not hit all the marks accurately with the simplified script but is nevertheless highly entertaining and recommendable.