Evil at the Door 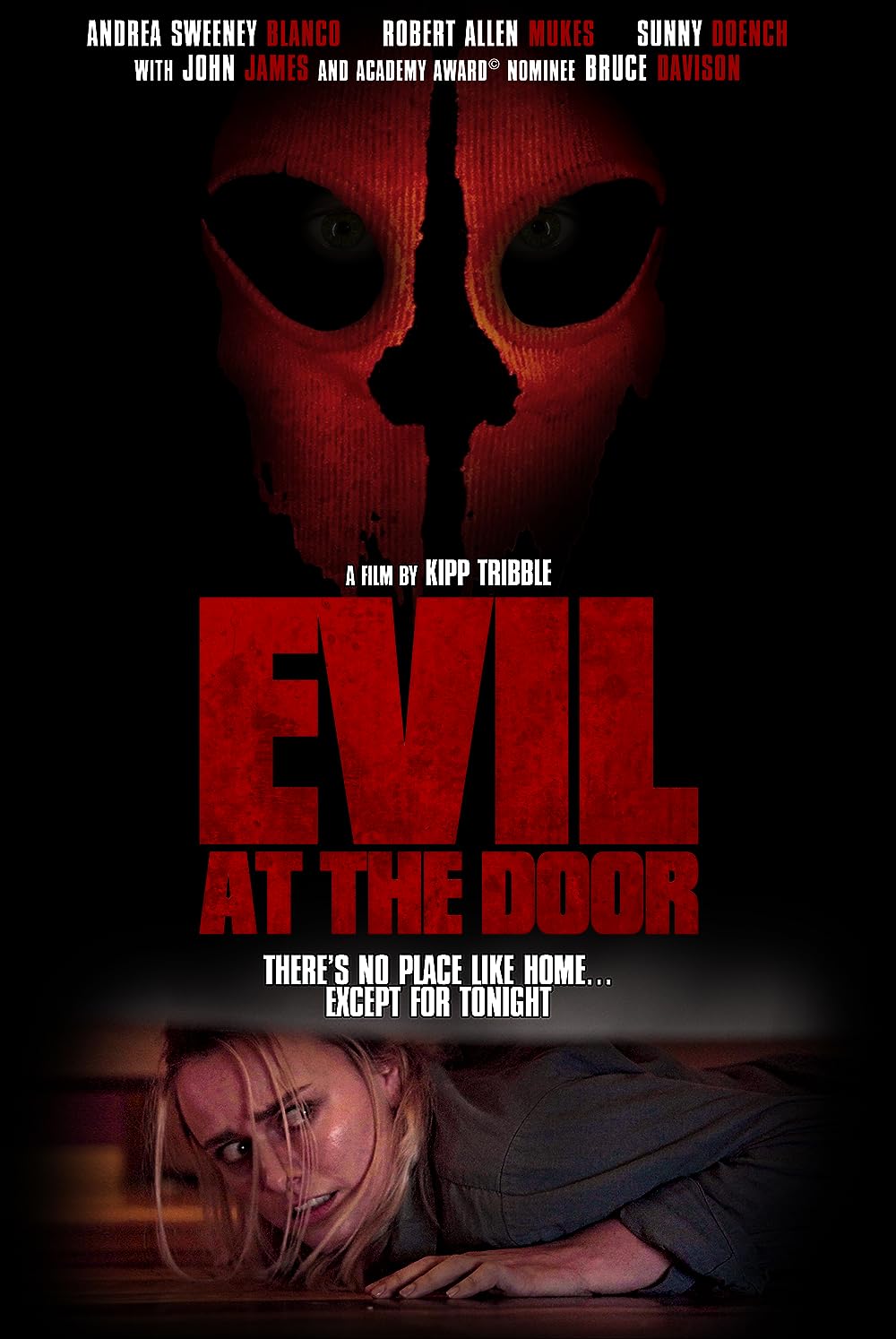 Operating under the orders of a cult-like organisation calling themselves ‘’The Locusts’’, a group of home invaders is tasked with breaking into the home of a stressed-out corporate lackey. They’re allowed to do whatever they wish, with the end-goal needing to be achieved within their three-hour limit.

With quite some films under his name, Tribble has been directing, writing and acting since the early 1990s. His latest project in ‘’Evil at the Door’’ seems to have been inspired by films like ‘’The Purge’’ yet in a smaller capacity. 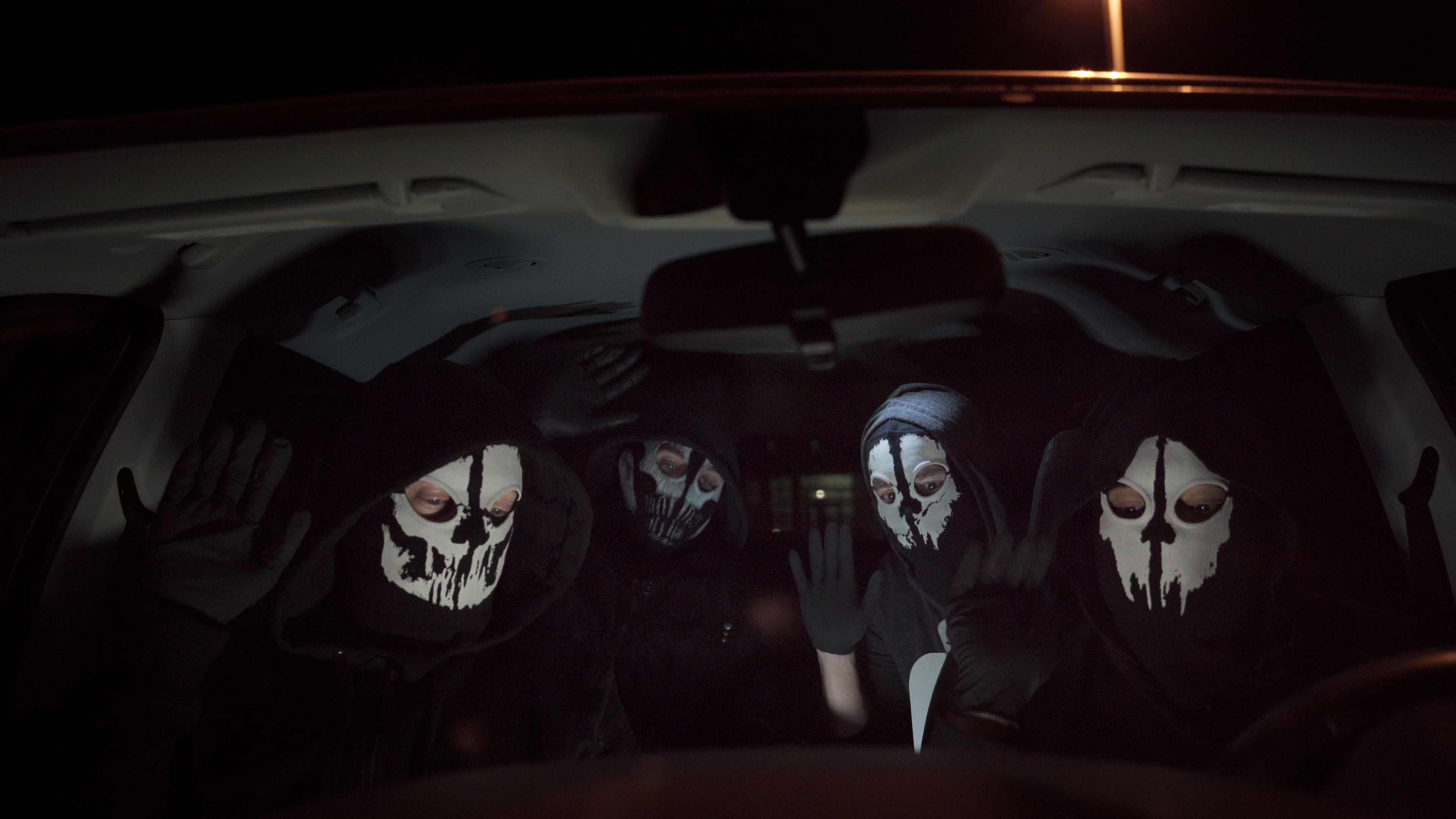 It’s a decidedly budget project similar to Tribble’s past flicks. Yet it comes with a somewhat intriguing plot, no-doubt luring in some ‘’The Purge’’ fans along the way. It uses the well-known Bruce Davison to introduce this group called ‘’The Locusts’’ it makes you wonder where it’ll be going. It develops this group of ne’er do well’s into what reminded me as an online video game party. None of them know each other initially, but they come together over something they love to do. Instead of a video game, however, their goals are harmful as they act out their fantasies in reality; allowed to act as they please in any way within the time limit set by the leader of the organisation.

Featuring a sizable and relatively modern country home as the primary location, it tries to get as much mileage out of the set-up it can, not developing much throughout. Most of the script explores the invaders discussing their game plans and lightly detailing past jobs they’ve undertaken. It tells me there is, in fact, something under the surface, which with enough polish and budget could’ve been exciting for campy horror fans, yet it’s too barebones to realise these ambitions. Intense moments appear as more of a joke, and the only tension it manages to introduce is quite simply dragged on too long to be envisioned effectively. 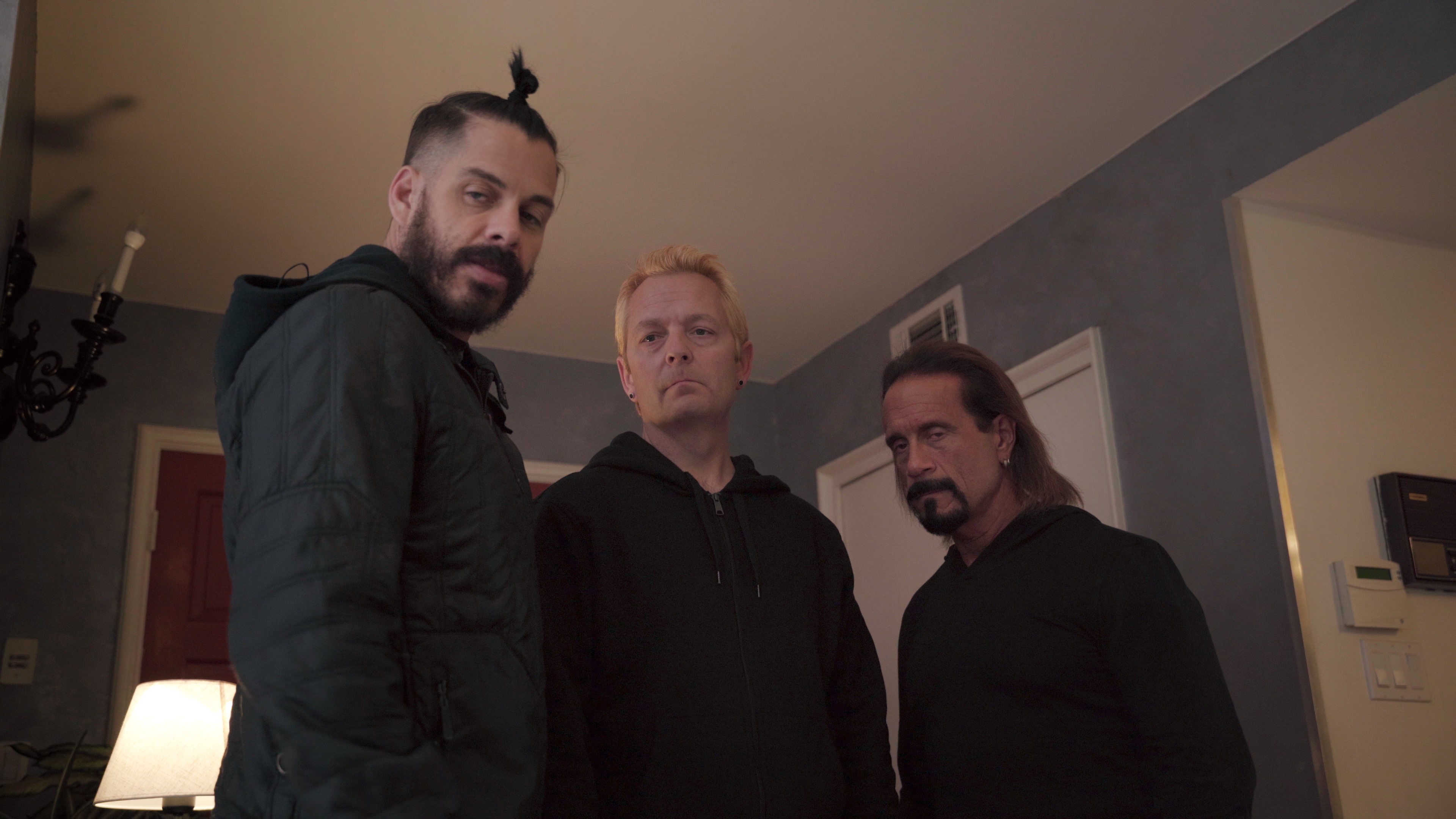 Despite its cheesiness, it doesn’t appear to be intended as such, thus unable to become a cherished and beloved B-Movie. Acting within, which isn’t actually that bad, not top-grade but certainly passable within its range. As mentioned, it doesn’t show much in the way of editing, and violence barely appears; apart from maybe two scenes. What turns out to be its most prominent issue, even if you love lower-grade cinema, is the fact that none of it seems to be thought through remarkably well. Story elements that intend to guide the narrative further never really go anywhere, much like the plot itself.

Without much of an idea of where ‘’Evil at the Door’’ should’ve been going, it ends as it started, empty and without much purpose.

Something’s at the door, but I’m not sure if it’s evil or just IT guy.