Writer: Scott Teems, Stephen King (Based on Novel by)

Having been born with the superpower of igniting things with her mind, Charlie (Ryan Kiera Armstrong) tries to learn how to handle these skills, despite having been taught to suppress them by her father, who knows how dangerous it can be.

An adaptation of Stephen King’s 1980 novel of the same name and a remake of the 1984 film, ‘’Firestarter’’ tries to surpass past criticism by putting the feature in a new light. It’s Keith Thomas’ second-ever film, after ‘’The Vigil’’. Being a co-production between Universal Pictures and Blumhouse Productions, with Weed Road Pictures, BoulderLight Pictures and Angry Adam Productions also producing.

Despite the first film and several follow-up projects not being positively received, some executives in Hollywood decided to give Stephen King’s ‘’Firestarter’’ another jab. Differences between novels and films will always be there; less chance to elaborate on more profound subjects and only about two hours or less to tell even a novel’s full extent can be challenging, and in this case, it shows.

Even with Zac Efron on board ‘’Firestarter’’ seems to have difficulty getting that first spark to ignite the flame. Its relatively straightforward plot has every on-the-run film trope you can imagine; a father figure helping the main fugitive, an evil organisation that does anything to catch them and some seemingly friendly folks getting caught in the middle of it. If I’d explain the idea behind the plot, I’d doubt many people wouldn’t want to see ‘’Firestarter’’ yet somehow; it manages to make people with special powers boring and generic. It should feel different, despite having been adapted into a film before, but it ends up as the most overdone mess I’ve seen in quite a while. 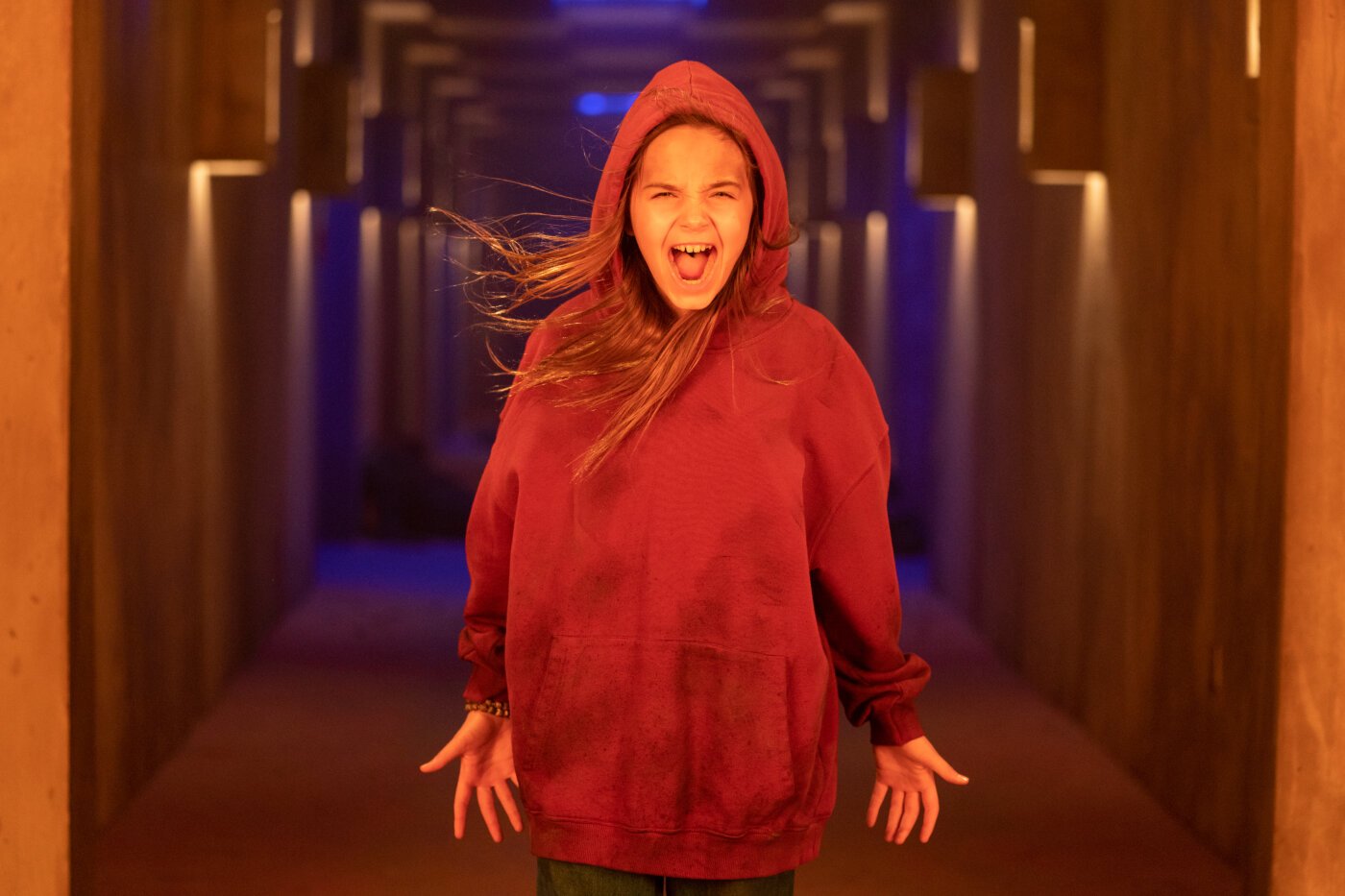 While Stephen King’s work is known to be dark and haunting, with a tendency towards horror, there’s little taction to form a satisfying whole. Perhaps most off-putting is Armstrong’s Charlie, an unlikeable young girl almost forcing the viewer to want to distance themselves. It’s nothing against the acting though, yet specifically the traits of the character herself. It’s overly obvious that Teems’ writing tried to foster sympathy for the young girl, as we see her being bullied several times for instance. Yet, as ‘’Firestarter’’ progresses there’s both animals and plenty of innocent people hurt without much more reason than furthering the already established plot.

Taking the novel and turning it into a flash fire that rapidly disperses into the air. Once I saw the opening credits glossing over the novel’s lore, I should’ve realised how badly generic it would become.

For a film called ‘’Firestarter,’’ it’s baffling to see it can’t spark the embers to ignite itself to greatness.