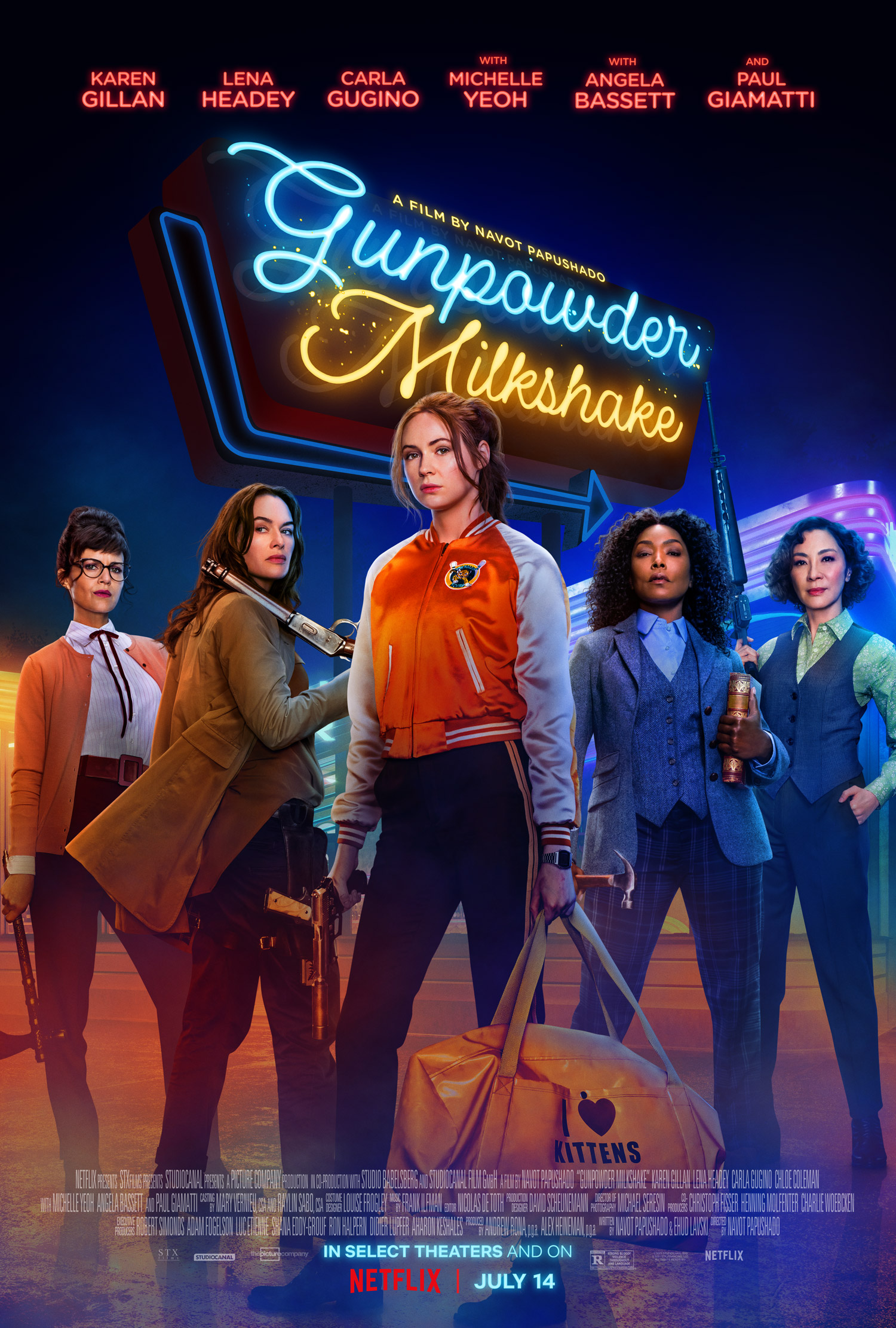 Abandoned by her mother, Scarlet (Lena Headey), who was a professional assassin. Sam (Karen Gillan) has grown into the same career path only fifteen years later. As she gets hired for a relatively low-profile mission to return a large sum of stolen money to her employers, things take an unexpected turn as she attempts to save her target’s daughter, who has been kidnapped. Now hunted due to disobeying her employer’s orders, she’s on the run, protecting the child. 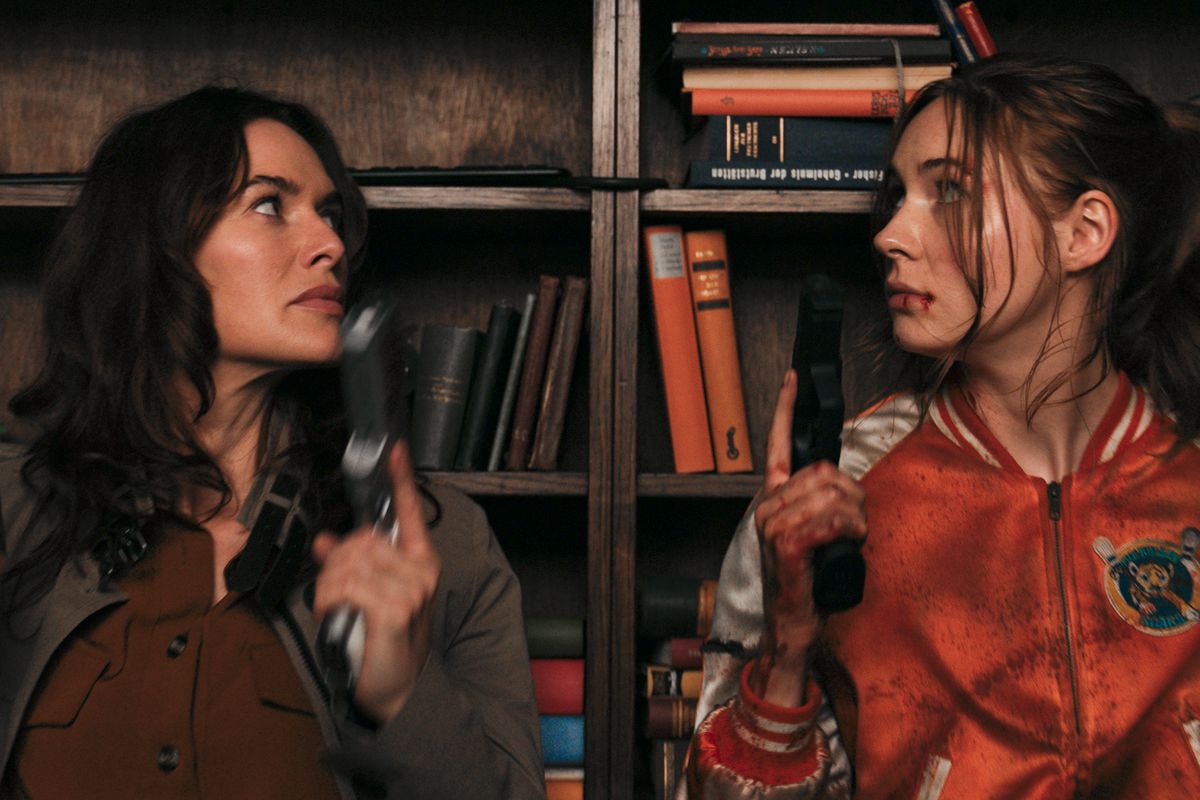 Written and directed by Israeli-born Navot Papushado, alongside Ehud Lavski on the screenplay side. Neither Papushado nor Lavski has an extensive portfolio of past work; despite that, the director’s past projects have gathered multiple awards. Netflix acquired the rights from STX films, with distribution being shared internationally between them.

If I’d have to describe ‘’Gunpowder Milkshake’’ in the easiest way possible, it would be a fever dream version of films like ‘’John Wick’’ and, even more so ‘’Kingsman’’. As a potpourri of styles and genre, it appropriates pertinent ideas and feelings from a collection of different films. Already having mentioned two well-known film series, there are even vibes from ‘’Kill Bill’’ and another popular more comedy-based film, ‘’Spy’’. With cinematic genres like film-noir and 90’s neon intermixed, it tries to cut out a particular niche, but most of all, blast a ton of rainbow sprinkle madness in your face.

Packing as much action content with slapstick comedy into an extreme high-intensity, aesthetically focused, absurd, and incredibly bloody dessert is unique. It makes sense within its own wacky projection using specific themes inside a highly specific bubble and rarely veering outside of that. Such a limited cast featuring in a unique yet flavourful underworld can effectively attract a target audience just as straightforward as the themes turn out to be.

In a battle against the patriarchy, the different characters set up a female-focused bonanza of firefights and sugar-coated drama, missing a few steps along the way; it doesn’t entirely sell itself through its entirety but essentially serves its purpose.

Admittedly ‘’Gunpowder Milkshake’’ despite solid performances throughout, wasn’t my cup of tea, preferring a more savoury snack over a sweet cupcake. It’s a truly hypermodern amalgamation of the assassin/action world pictured in many films throughout more recent cinema.

Combine John Wick with Skittles, and this would be the result.