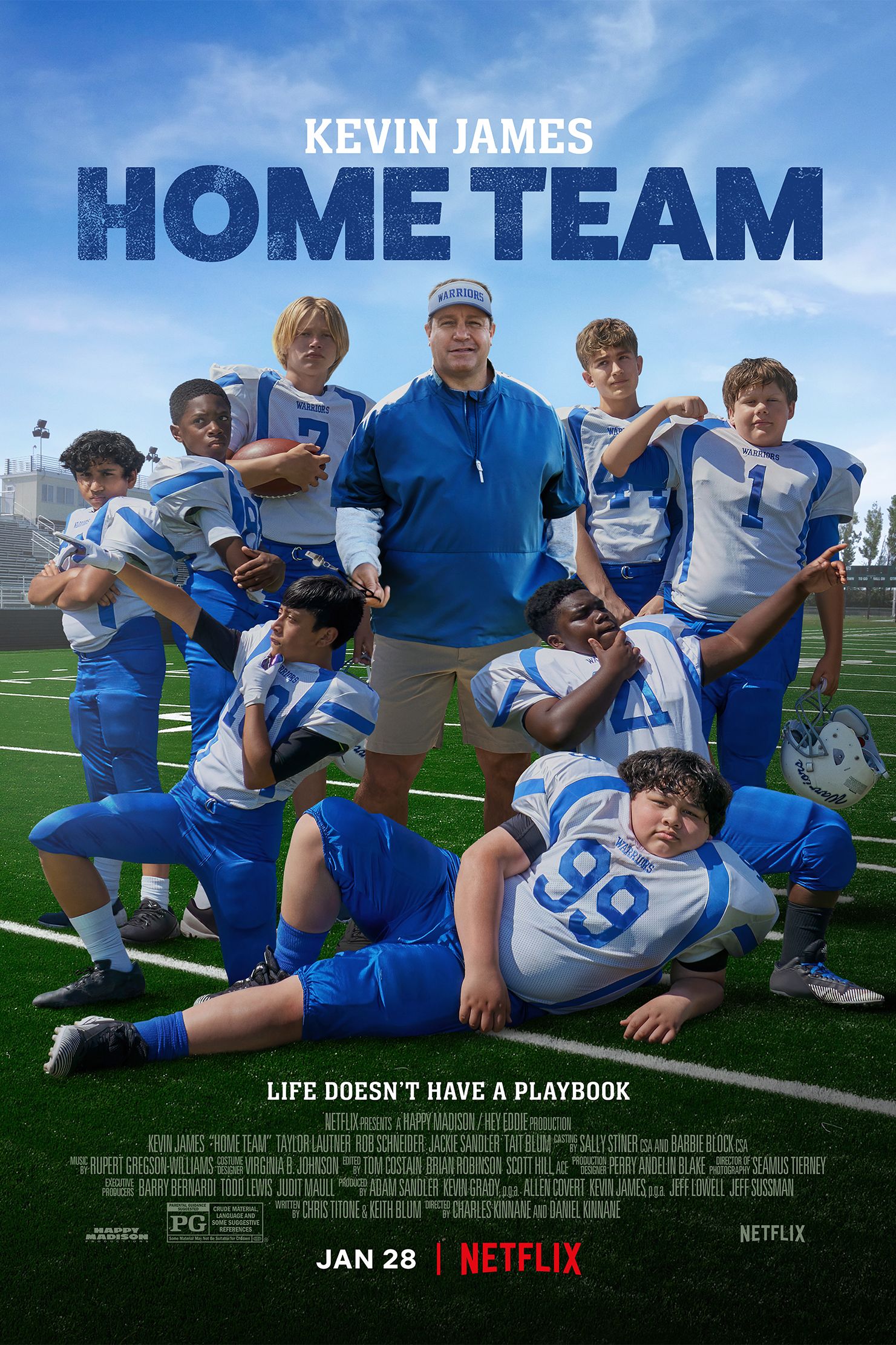 While suspended during the 2012 American Football season, the head coach for the New Orleans Saints coaches his son’s middle-school team instead.

Inspired by actual events, Charles and Daniel Kinnane present a comedic take on an NFL coach guiding a team of middle schoolers to football success or even a first touchdown. Filming took place in New Orleans, and it was produced by Happy Madison Productions and Hey Eddie Productions while distributed on Netflix.

Due to the Bountygate scandal, where players were accused of intentionally injuring the opposing team’s players, head coach Sean Payton (Kevin James) was suspended for the entirety of the 2012 football season. As a result, Payton temporarily moves back to his hometown and ends up stepping in for coach Troy and Mitch, assisting them with these rowdy middle schoolers.

Fair to say ‘’Home Team’’ is a loosely inspired adaptation of real-life circumstances — the Kinnane brothers imbued the story of an NFL coach training a middle-school football team with about as much comedy as you’d expect.

Whereas sports films are concerned, ‘’Home Team’’ is best described as a family sports comedy featuring a diverse cast of kids, each with a unique personality provided for younger audiences, alongside Valentine’s Coach Mitch who’s fluidly flowing between a more mature and childish sense of humour. James delivers exceptionally with his deadpan remarks, having just enough on-screen chemistry with Lautner to make things work. By no means should you expect ‘’Home Team’’ to re-invent or master this specific mix of sub-genre’s but it provides an excellent attempt at delivering a film for the whole family to enjoy.

It can come off as overly ridiculous, but it’s never stale or stiff due to the performances given by veterans such as James and Schneider, comedian Lavell Crawford also fits in perfectly as a balancing point to Valentine’s Mitch. It’s fair to say I was often amused by the humour it had to offer.

The rather wacky premise and an underdog team which never seems to rise above their level, ‘’Home Team’’ surprises even a jaded film critic such as me, and I’ve got to admit a cameo by the actual Sean Payton as the New Orleans Saints office janitor was a neat little touch.

I’ll be rooting for the home team.