I Am Vengeance: Retaliation 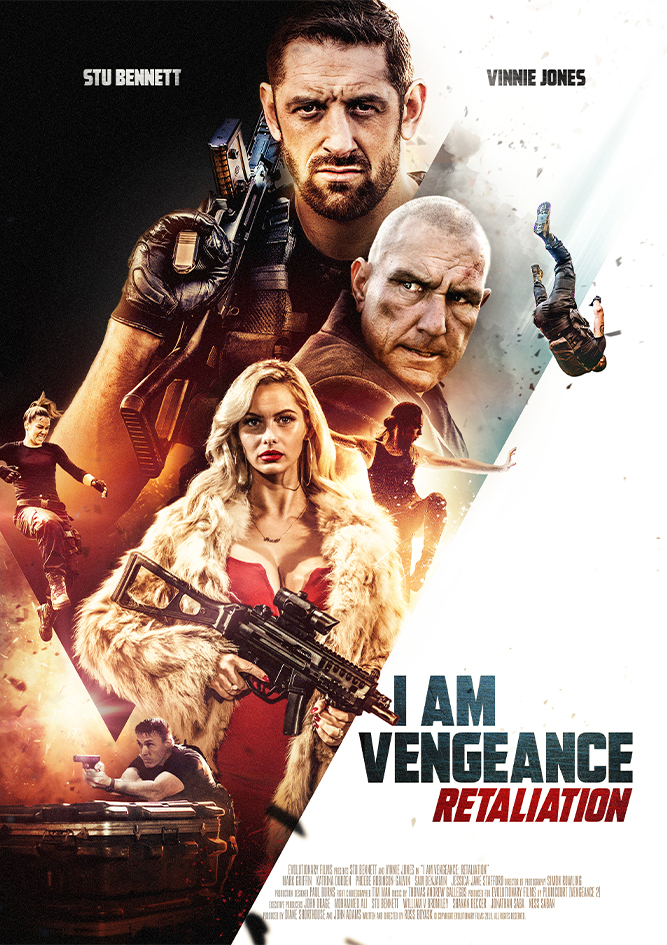 John Gold (Stu Bennett) is back on the prowl, this time ‘round being given a chance to clear his name and disassociate himself from any future assignments or operations. The mission is simple, find and arrest former colleague and team member Sean Teague (Vinnie Jones) due to his betrayals in the past.

Retaliation is the second movie in the I Am Vengeance franchise, both films have been written and directed by Ross Boyask who’s to make several of these films, a trilogy if not more. After watching the previous film, I was hopeful that lessons would’ve been learned and improvements had been made and that there is enough to set it far apart from its predecessor redeeming John Gold as a capable action hero.

Instead of going solo; This time John Gold is accompanied by a team of other operatives, seemingly young recruits that aim to make a name for themselves at Sean Teague’s expense and with a lot of help from Gold. We’re introduced to about five other operatives, but the majority aren’t included until a lot later in the movie and even then don’t impact the plot much. Talking about the plot: It’s better, don’t get me wrong, the redeem yourself with one last mission shtick is overdone and unnecessary, and the rest of the storyline isn’t wholly creative either but the back and forth with Bennett playing Gold and Jones as Teague was at least somewhat entertaining as well as introducing some humour which really sets this movie apart from the original I Am Vengeance the most.

With the story having improved, with the previously named creative lack taken into account, it’s a good sign, the inclusion of Vinnie Jones alone helps the film along. In addition to the story being used better, the camera improved slightly with plenty of shoddy angles still being used. The stunt coordination while being done by the same guy as the original, they have developed and felt more impactful and worth it to watch. Sound design was not as despicable with cleaner sounding effects

Bennett does a lot better and gets to show the depth I wish he had before, it’s pretty much the same character, but this go-round he feels a bit more like an actual person with Vinnie Jones’ antagonistic role and at the same time, somewhat unexpected was pretty decent partially due to the aforementioned humour he introduces to an action forward film.

I’m seeing a continual growth with the I Am Vengeance films, the sequel is considerably better; even though these films might never be that good, I’m hoping, if there is another sequel that it does turn out above sub-par standards. In all honesty, Retaliation was significantly more enjoyable yet still quite a mess with too much to shake you’re head at.

I Am Disappointed (Again).