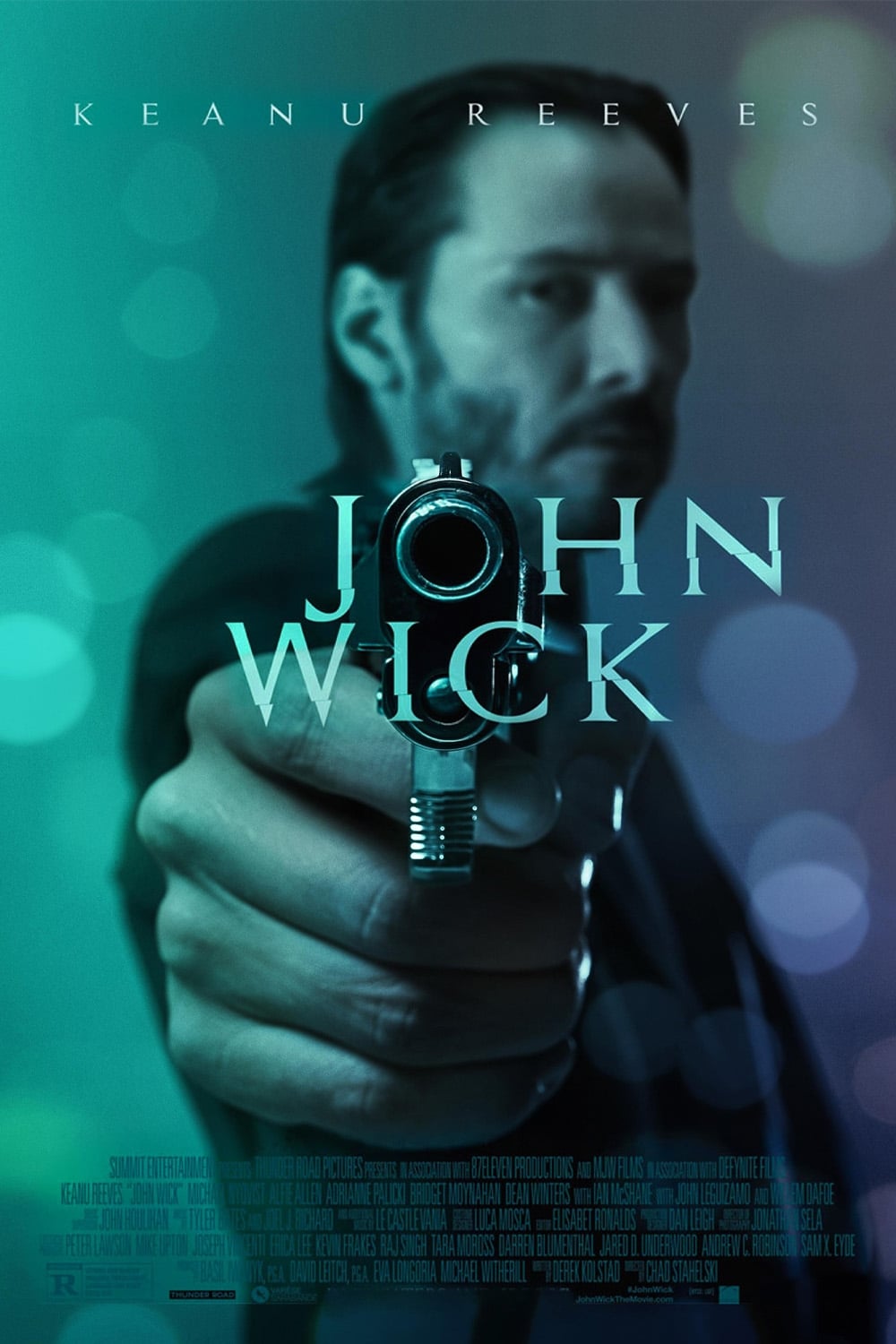 Former Hitman John Wick (Keanu Reeves) tragically loses his wife to cancer after she had been ill for several years. As a dying wish, she arranged for John to receive a puppy after her passing so that he would still have something to care for even though she was gone. Now retired and widowed John does his best to live a quiet life, that is until he runs into Iosef Tarasov (Alfie Allen) at a petrol station. The following night they forcibly enter his home, leave John bruised and battered, and his new puppy kicked to death. Now John has to patch himself up and is intent on taking revenge for the tragic events he had to face.

It is made clear who Iosef is as a person and perhaps, more importantly, his father Viggo Tarasov (Michael Nyqvist). Confronted by his son's mistakes, as the former employer of John Wick himself, he hesitantly puts out a contract to try and undo what has happened and quickly put the situation to rest.

What is now a series of films, by some regarded as a modern classic started with this film. As Action movies go, John Wick was a standout. The focus on a stone-cold killer being confronted by so much hardship is slightly different, without being exceptional; it does do a great job of creating an emotional connection with the viewer. Diving a little deeper than that, it is still quite an easy hook. The basis behind the emotional factor is undoubtedly the wife dying. Yet, in the end, everyone will talk about the dog, which is fine as well but as aforementioned an easy hook to get people behind Reeves' character. Preferably I'd have seen the prologue part extended a bit to get a feel for the character more to understand his thoughts and motivations, it all works nonetheless but could've gone a bit further to push the grief even more effectively.

As an action film taking that apart from the drama approach at the start, it works very well, fluid and dynamic fighting scenes with excellent choreography that is rarely done better than in John Wick. Some moments, especially in Wick's house, almost feels like it is one take due to the smooth execution, while that scene stands out and will be the first action scene most remember from this first film in the franchise the others were as effective.

Extra time is taken to emphasize the character of Wick, Viggo describing him to his son as a Baba Yaga "The killer of Boogeymen" while the idea fits and we get the point Viggo's character is trying to make, it just makes little sense. Baba Yaga being a folk tale about an old witch living in a chicken-legged hut in the woods helping or hindering those she comes across if you're not familiar with the folklore be sure to look it up but returning to John Wick it seems likely that they had been confused in their naming and actually meant Babayka in place of Baba Yaga as Babayka is an actual translation of a boogeyman. Apart from Viggo's monologue to his son Iosef and the lost translation that seemed to have occurred, there is quite a bit of spoken Russian in the film. As we are used to in Hollywood blockbusters and movies in general, it isn't very accurate even names like Iosef and Viggo appearing out of place being Jewish and Nordic names.

Despite my criticism which can be regarded as being nit-picky, I cannot deny that John Wick can be considered as a resurgence for the Action genre, not only spawning several sequels but imitations as well. Unlike Alfie Allen, I thought Keanu Reeves was perfect for this role, not saying Alfie Allen is a bad actor. Still, he doesn't fit the mould of a Russian gangster to me personally, nothing against the actor himself just casting felt like a misstep.

Rarely do we see an action film like John Wick it was certainly brilliant for its time and while my thoughts on it have somewhat shifted, John Wick is a pursuit of excellence and the original created an excellent foundation to build upon.

The candle keeps on burning with this one; let's hope it lasts much longer.