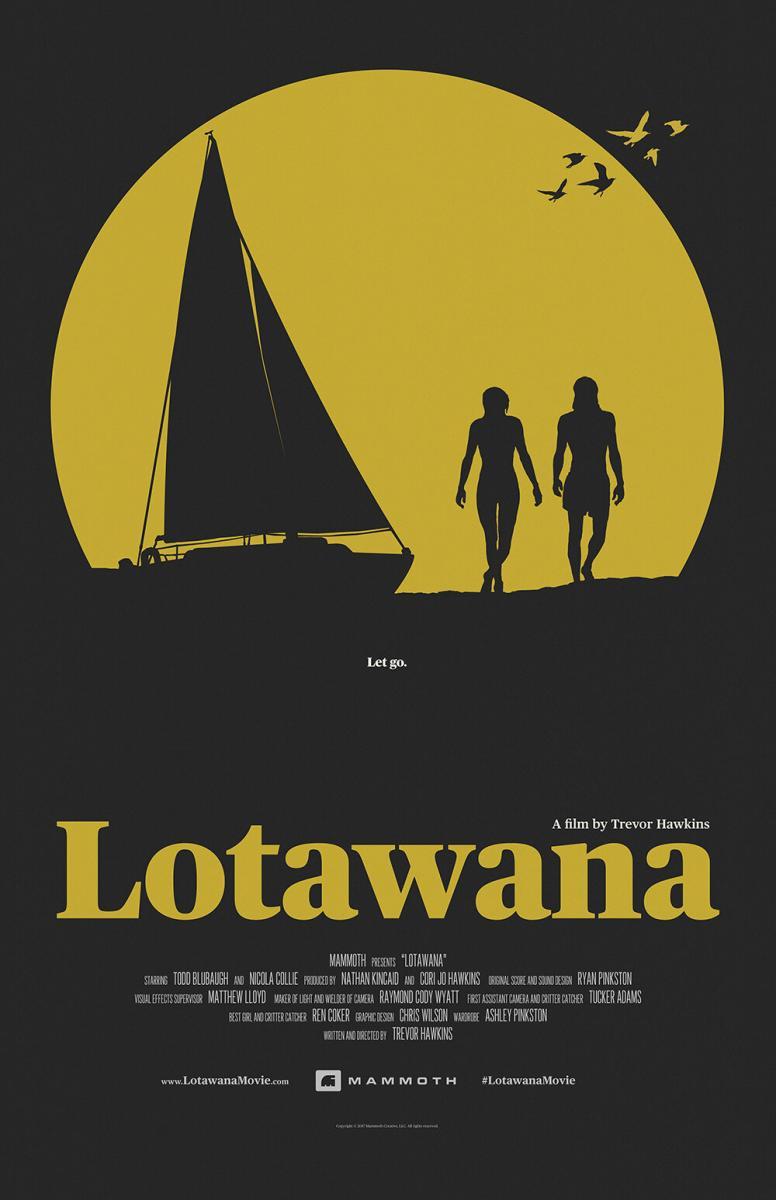 Young, non-conforming yet incomplete, Forrest (Todd Blubaugh) lives alone on his sailboat drifting across Lotawana lake. As he meets the free-spirited Everly (Nicola Collie), they embrace the chance to experience their idealistic dreams together. They soon discover that their lifestyle puts up barriers, and society is not always disposed to their lifestyle.

Having written and filmed a broad catalogue of short films, ‘’Lotawana’’ presents itself as Hawkins’ debut feature film. Entirely filmed on Lake Lotawana in Missouri and wholly financed by the director/writer himself while produced alongside his wife Cori Jo Hawkins and collaborator Nathan Kincaid. It was supported by Hawkins’ production company Mammoth Media and distributed through the use of NFTs, being one of the first-ever independent films to do so, after Claude Lanzmann’s documentary ‘’Spectres of the Shoah’’ being the first to ever do so in 2021.

With only a skeleton crew of about ten individuals, ‘’Lotawana’’ appears as a project lacking much originality, a simple script, not having much besides a beautiful location and a traditional love story. However, layered within is an extraordinary human factor; it presents an open-minded and daring nature as it develops these two free-spirited non-conformists.

At first, with these types of independent films, there’s the question of whether it becomes a conceited arthouse barf bucket or a showcase of how excellent craftsmanship can create something interesting with the bare minimum in storytelling. There’s something to be proud of here, in Hawkins’ inaugural feature. Filming ‘’Lotawana’’ was not a short process, as the director and actors braved all seasons on the lake resulting in moments where Hawkins’s editing was reminiscent of a photo album as scenes rolled by in rapid fashion. Already having the location, those bright moments of editing, what is added is an aiding soundtrack fitting the theme so well.

As I clearly enjoyed the film, there was a notable point of resistance, as the feature doesn’t last too long, both positive and negative. As aforementioned, the script isn’t spectacular on its own, and once it reaches a pinnacle point, it feels intentionally sped-up, somewhat undervaluing the abundant, mellow sections; it creates too much variance losing the substance that makes scenes stick.

Still, it’s driven home by the unexpected ending; what seems like the middle of a scene is suddenly cut short, so it accomplishes a difficult task and a challenge for many filmmakers. I couldn’t have been sure how it’d end, but it wasn’t how it eventually did. For that, an applause is warranted, a feat so rare in modern cinema.

Compromising idealism and conflict, all wrapped in a love story.