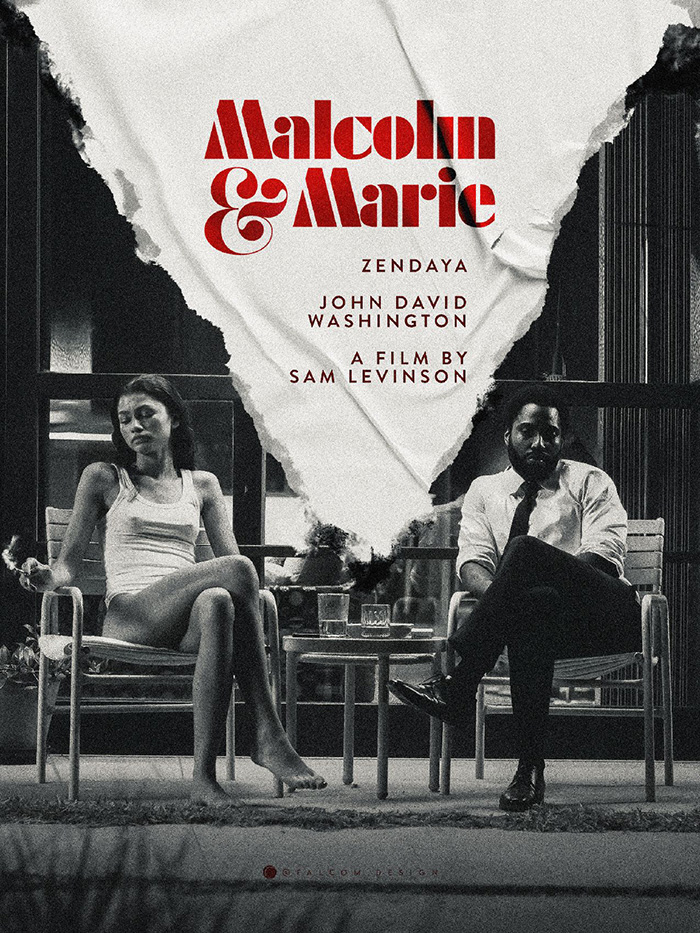 Returning from Malcolm’s latest movie premiere, his relationship starts to show cracks as girlfriend Marie decides to open up about her frustrations from the evening.

After production for Levinson’s HBO series ‘’Euphoria’’ was forced to stop production, discussions happened to make a pandemic era film featuring only two characters in their home; it’s an interesting pitch, something that could be held to great acclaim or quite the opposite.

Entirely filmed in black and white ‘’Malcolm & Marie’’ stands out with its classic colour spectrum. To make such a decision on visual style is somewhat daring and can be taken several ways. Purely visually, it works for the film adds more definition and accenting while also seemingly having a double meaning.

As Malcolm (John David Washington) and Marie (Zendaya) arrive in their luxurious home, the tension increases, Malcolm still in ecstasy of the successful premiere while Marie is slowly approaching her breaking point. Not long after we’re settled in, the argument starts and gradually snowballs into something much bigger. Monologues about ethnicity, movie critics and past relationships are most prevalent as the couple drones on in a coordinated manner. This begs the question of whether this is made to be a feature film or a sly attempt for the director to air his grievances at bad reception to his projects and the Hollywood industry.

Despite fair writing, you can not help but feel it’s unnatural at times like the actors read directly from the script. Washington sells his character incredibly, and so does Zendaya, who is growing into her own in recent acting gigs. The jazzy soundtrack and visual aesthetic fit together perfectly, yet the most problematic facet is the highly pretentious nature of the film. Being entirely filmed in black and white is the perfect representation of how Levinson sees the world; the film is almost a satire of himself in every aspect, yet he doesn’t realise it.

What started as a novel Covid19 era picture might’ve ended best as a short film, as the cycle of talk, yell, brood, sex, repeat doesn’t stay interesting for long. Lessen the endless rotations of arguing, and it might’ve been a more intellectual even though artsy film.

Malcolm and maybe not. Simply feels like a one-dimensional tirade by a frustrated director.