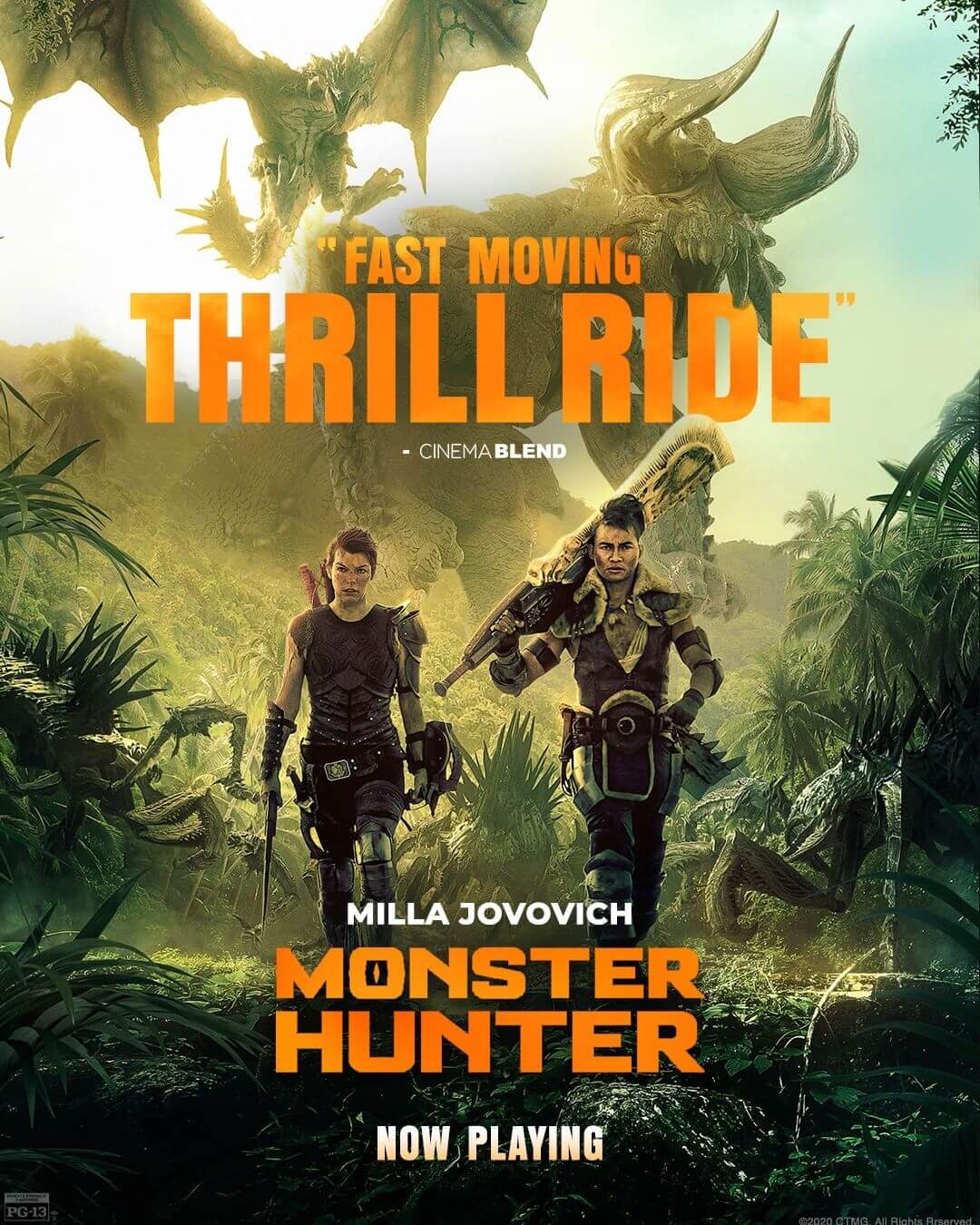 Investigating the disappearance of the military team that has gone before them, Lt. Artemis (Milla Jovovich) and her compatriots drive far into the desert, facing a mythical storm. With some decent intelligence of what happened to the previous squad, they promptly identify the anomalous thunderclouds as threatening and turn around. In their attempt to retreat from the situation, they land in a gaping chasm transporting them to a different world, a world in which giant monsters roam. 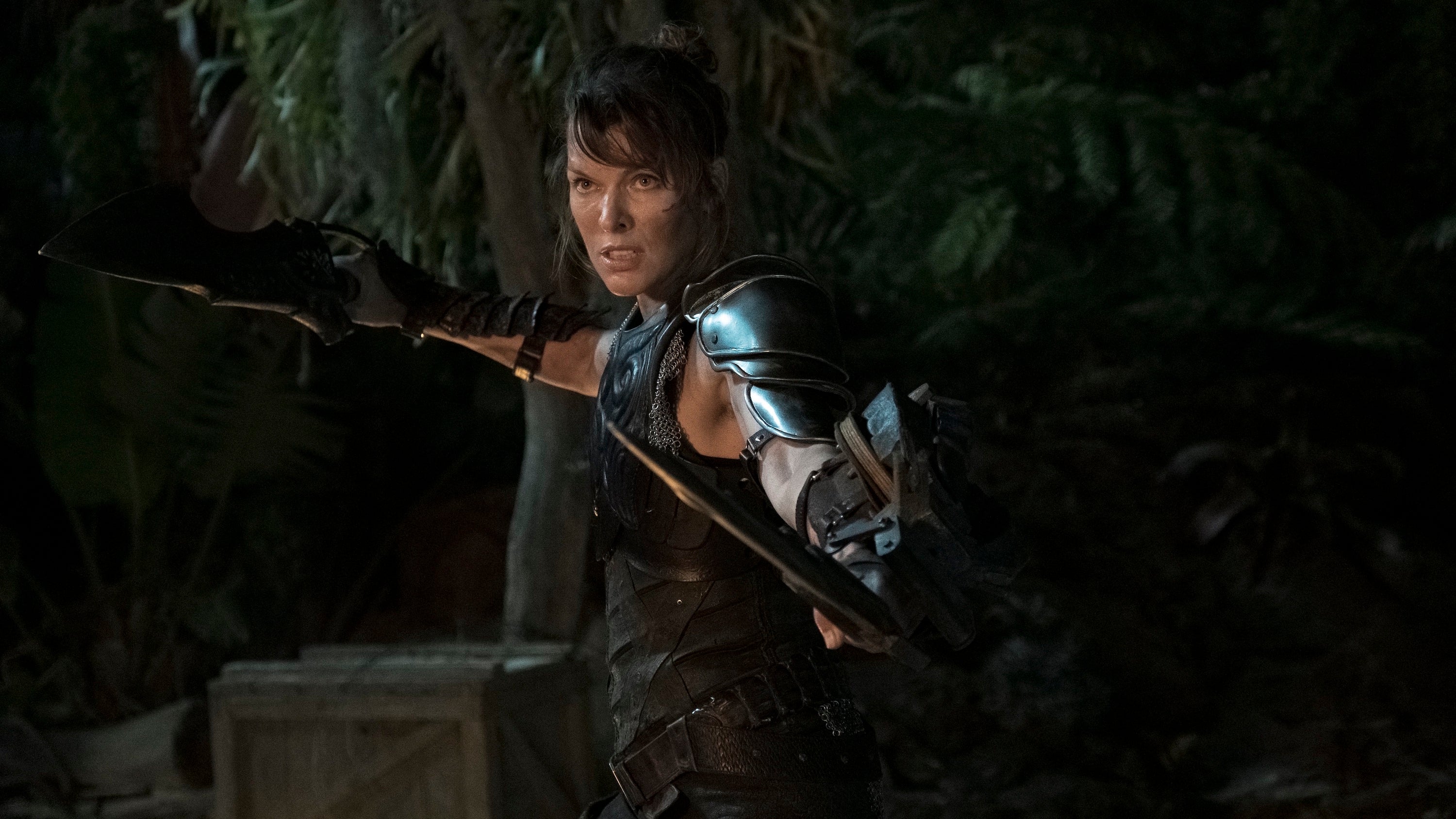 Rumour goes that director Paul W.S. Anderson has desired to make a film recreation of the ‘’Monster Hunter’’ gaming franchise for a long time now. Most well-known for his ‘’Resident Evil’’ films; if Anderson is able to do anything, it would be video game adaptations in film.

Predictably casting spouse Milla Jovovich in the co-leading role, we start with her commanding a small battalion of soldiers until disaster strikes, and they’re forcefully transferred to the foreign world. Before the introductory part of the feature ends, her partners Lincoln, Dash, Marshall and Steeler (played by rapper T.I, Meagan Good, Diego Boneta and Josh Helman in that order) are out of the picture. The remainder of the film sees Jovovich in a love/hate relationship with a man we only know by the moniker Hunter (Tony Jaa), who’s been ejected from his sand ship coincidentally, also losing his crew. The plot continues, and once the couple can finally co-exist, they go after the beast that put them both in this hairy situation.

Without much dialogue to speak off ‘’Monster Hunter’’ drones on, some almost idyllic sand dunes form the environment. The only drawbacks are the inhabitants, namely the wyvern called a Diablos and the nasty spider-like Nerscylla creatures that are in abundance. Except from the monsters themselves that graphically look to be straight out of a 00’s era videogame, the art direction seemed somewhat appealing; with that, however, comes a soundtrack that doesn’t even seem influenced by the IP it’s based on nor fits the film very well and a repeated series off distortion effects that are so aggravating they could’ve made me stop watching. 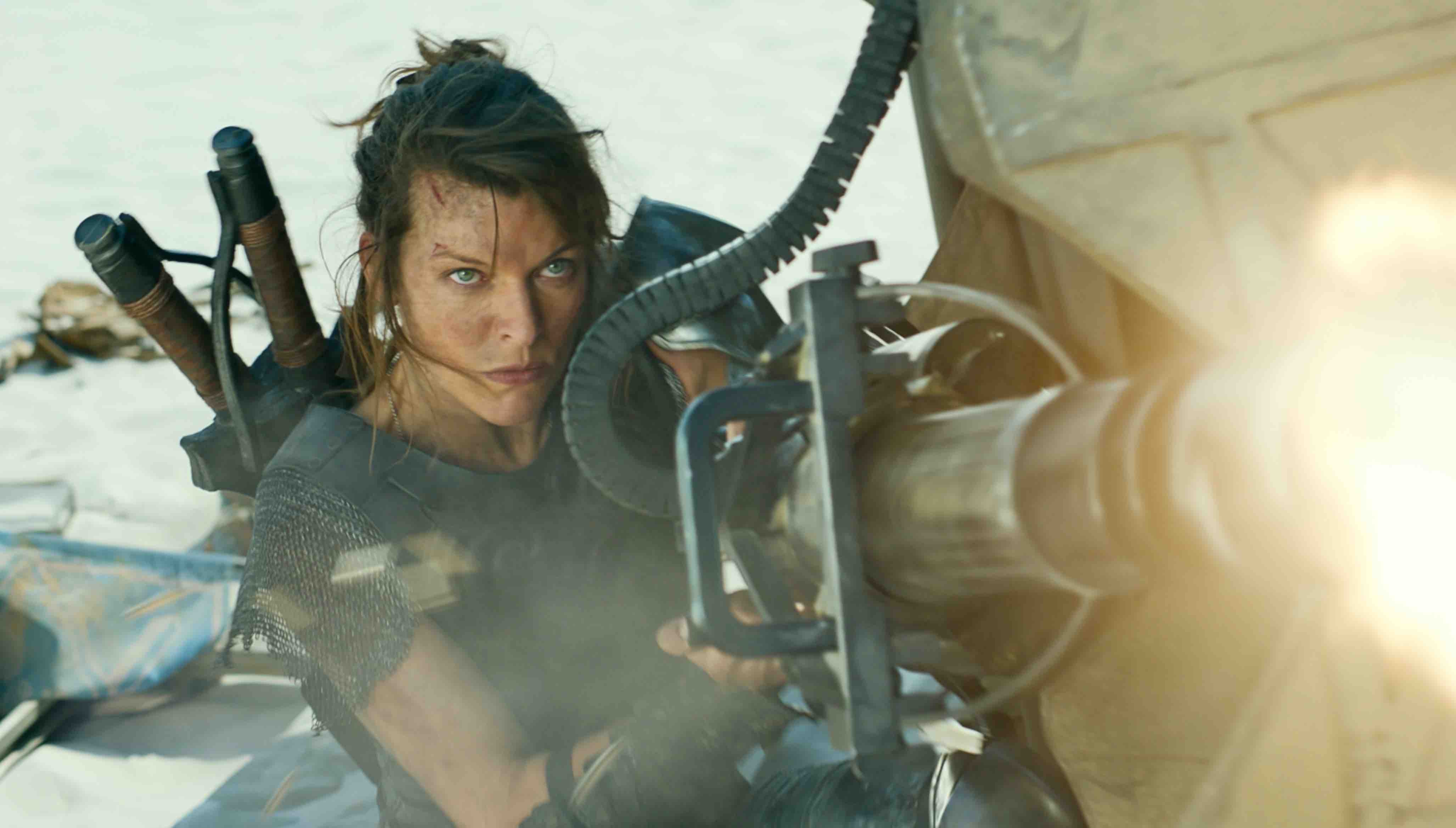 Seeing the movie is based on the ‘’Monster Hunter’’ videogame franchise, you’d assume to see many different monsters. Yet, only two species make central appearances in the first act, the latter Nerscylla even serving more as a supporting creature. After this, I’d never have expected the second act, as Paul W.S. Anderson pumps up the volume and finally parades the Monster Hunter flair we’ve been craving, even featuring a Palico, which is essentially a humanoid cat. This latter portion of the film shows a success that could’ve been with Ron Perlman joining the cast of unique characters, and some actual content pulled from the videogame itself. However, it’s not long after when we see a newly formed team of characters (Milla Jovovich, Tony Jaa, Ron Perlman and some other minor roles) set out for an epic mission that gets skipped forward to and develops into quite the underwhelming finale.

Even if it seems I’m extra tough on the director at this point, it’s needed; here we have a man that dedicates his writing and directing to video game adaptations yet can’t for the life of him make any of them a success. Just after the screen goes black and the credits start rolling, we uncover the possible explanation of why this newest project doesn’t quite work; that is the ‘’Written for the screen’’ tag.

When making a videogame movie, if there’s any fan you need to cater to, it’s the enthusiast of the original property; after that is solid, you can always make adjustments for a wider audience. But to make a film like this and continuing to hint at a sequel at its ending and in the post-credit sequence is truly blasphemous.

If there’s any monster that needs to be hunted, it’d be Paul W.S. Anderson.