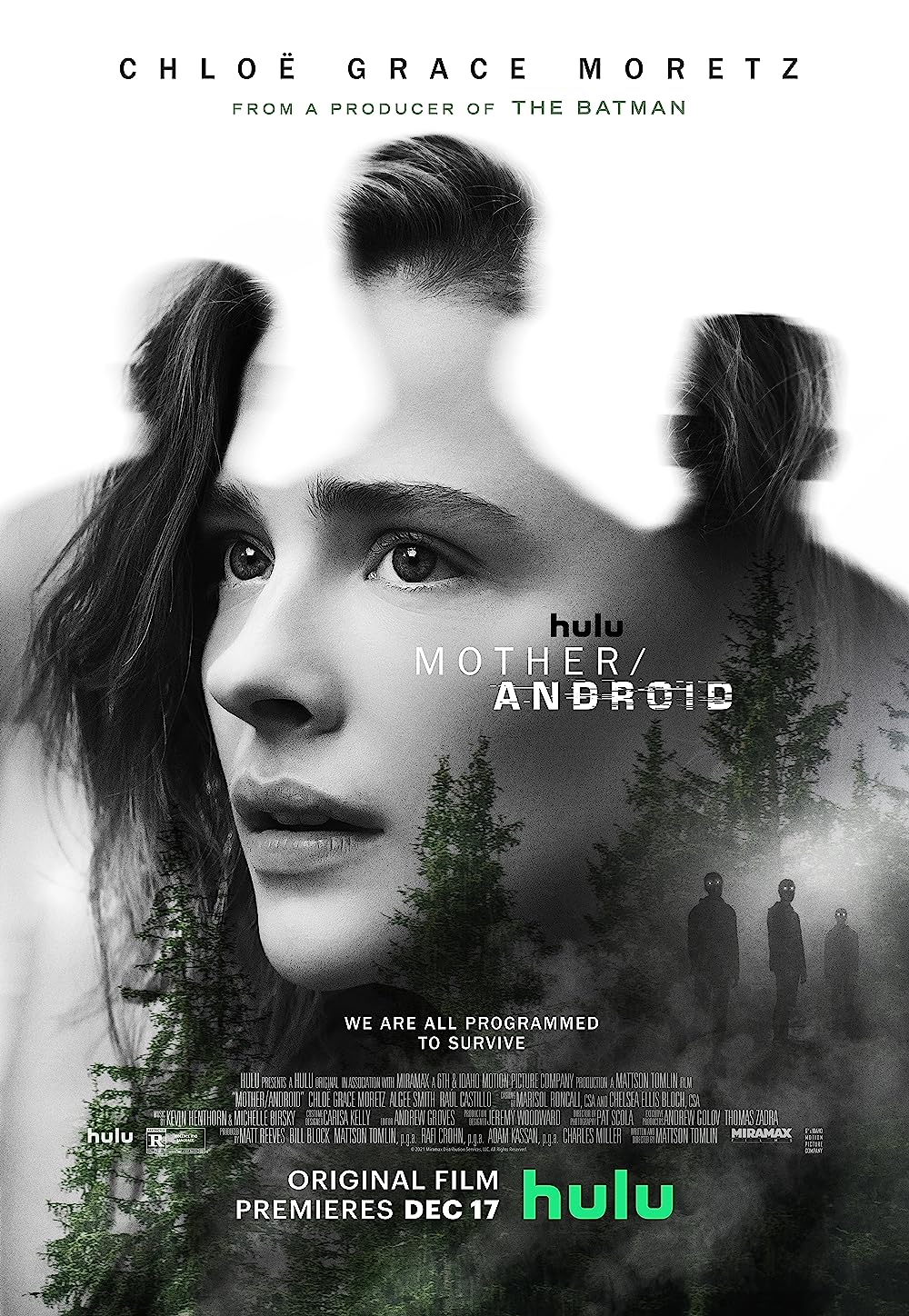 In the near future, humankind has developed androids to serve them and perform menial labour. Following an unknown alert broadcast, the androids go haywire and turn against humanity in a violent uprising. As a result of these events, pregnant Georgia attempts to flee towards the city of Boston alongside her boyfriend Sam, who's coaxing them to do so.

Entirely developed by Mattson Tomlin, "Mother/Android" is quite a personal story. Trying to reflect on his own past and the choice his parents had to make while he was an infant himself. Assisting with the film's production were Matt Reeves and Bill Block, under their production studios 6th & Idaho Motion Pictures, and Miramax. Distribution was initially handled by Hulu, alongside Netflix for the international launch. 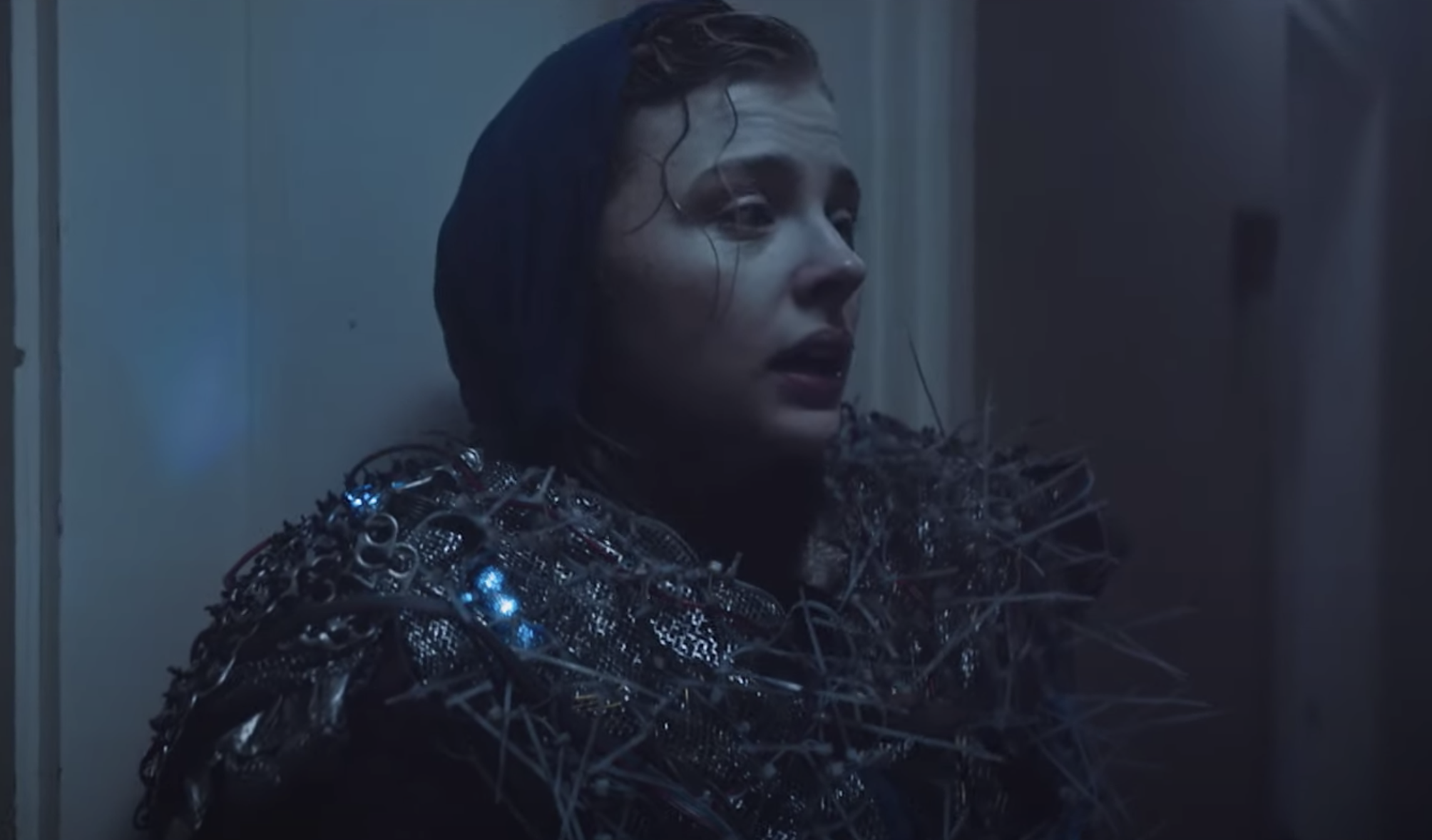 Picturing such a setting close to our own reality, "Mother/Android" quickly transforms the recognisable stage into a dystopian horror-scape. The brutal opening only creates unanswered questions, such as who is behind that broadcast causing the whole situation; nevertheless, it keeps moving, subtly requesting the viewer to go along with it without asking anything. The plan made by Chloë Grace Moretz's Georgia Olson and Algee Smith's Sam Hoth is perhaps most far-fetched as at the peak of her pregnancy Moretz's character just keeps on moving at lightning speed. Instead of being an action-packed sci-fi venture like visually promised at the start, It becomes a cat and mouse game between Georgia, Sam and the Androids. There's little world-building to speak of, with most of the film taking place in the forest from a seldomly seen adversary. That shallow world-building drives the film towards an unsatisfactory and rushed conclusion. 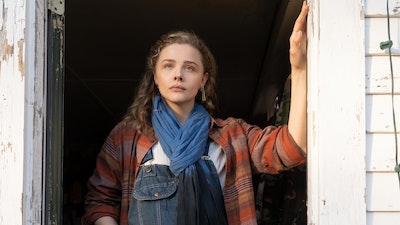 While the project seemed to have a limited budget, it is quite evident by now that is not the primary issue, a problematic and fragile narrative ruins a somewhat promising sci-fi endeavour. It's all just so dreadfully nonsensical, which is made worse with the film's only major plot twist, which could be seen from miles away. For Chloë Grace Moretz, it is somewhat of a shame, being cast in yet another more adult-oriented role yet a lacklustre one. From childhood until this point, she's made quite the name for herself as an actress, but the decisions made to star in films like "Mother/Android" and the recent "Shadow in the Cloud" could do her reputation more harm than good.

The lack of intelligent storytelling leads to a barebones action/drama that might be fine for some but is mostly underwhelming and unoriginal. There's some promise for Tomlin, but "Mother/Android" could've used some more time in the oven to develop some actual flavour

A film not even a mother could love.