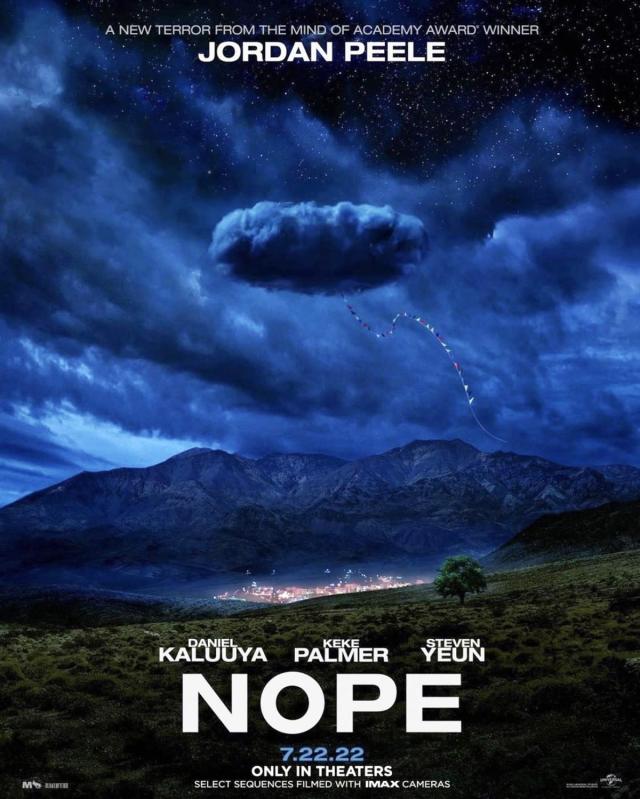 After an occurrence of metal objects falling from the sky and killing the father of OJ (Daniel Kaluuya) and Emerald (Keke Palmer). The pair keeps experiencing more and more inexplicable things, such as random power outages; with the help of a tech salesman, they install cameras to discover proof of alien lifeforms.

The latest film by Jordan Peele explores what if an alien encounter was real alongside a trained animal snapping on a film set, intertwined with partly hidden messaging of the human experience. ‘’Nope’’ is the first release after a renewed five-year partnership was signed with Universal Pictures, impressed with Peele’s previously distributed films ‘’Get Out’’ and ‘’Us’’. ‘’Nope’’ has also been produced by the director’s production company Monkeypaw Productions and distributed by Universal Pictures. 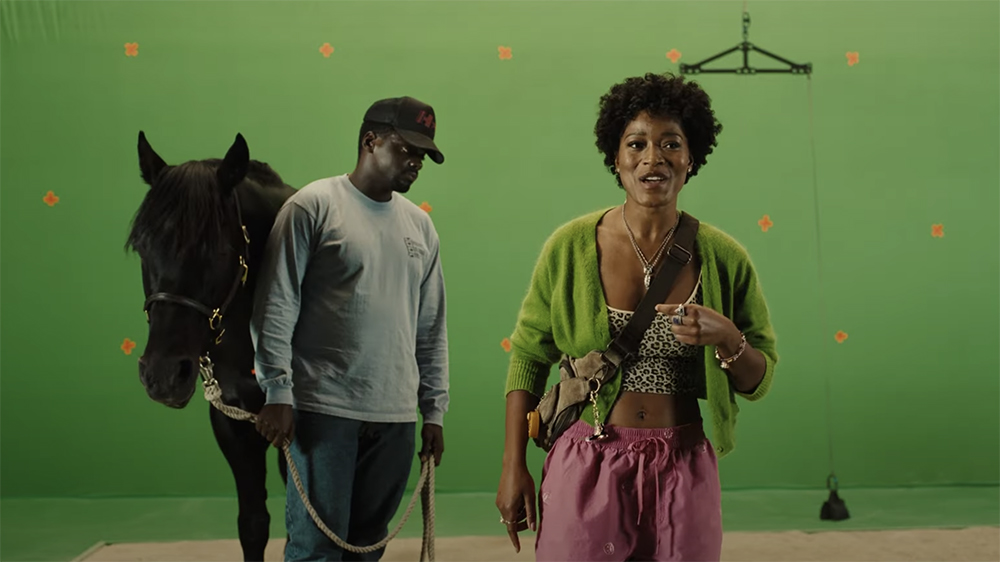 Struggling to land a gig as a horse trainer, Otis ‘’OJ’’ Haywood and his sister Emerald ‘’Em’’ Haywood drive back to their inherited ranch where OJ has been living and working from. Meeting with a man referred to as Jupe (Steven Yeun), a former child actor, until an accident with his animal co-star Gordy traumatised him. The sitcom star turned nearby theme park owner offers to buy the ranch of the siblings, which OJ’s encouraged to accept by his sister. Following this, OJ and Emerald encounter a UFO that has been roaming above the ranch ever since the incident killing their father.

Once again increasing production value, Peele does it again with Monkeypaw Productions’ newest feature. ‘’Nope’’ has turned into even less of a horror film, introducing the sci-fi genre, bouts of comedy and a whole lot of other aspects and meaning. In certain ways, this film takes a right turn directorially, not being shackled by other people’s opinions of genre-blending —Peele seems to develop purely what he, himself, envisioned. 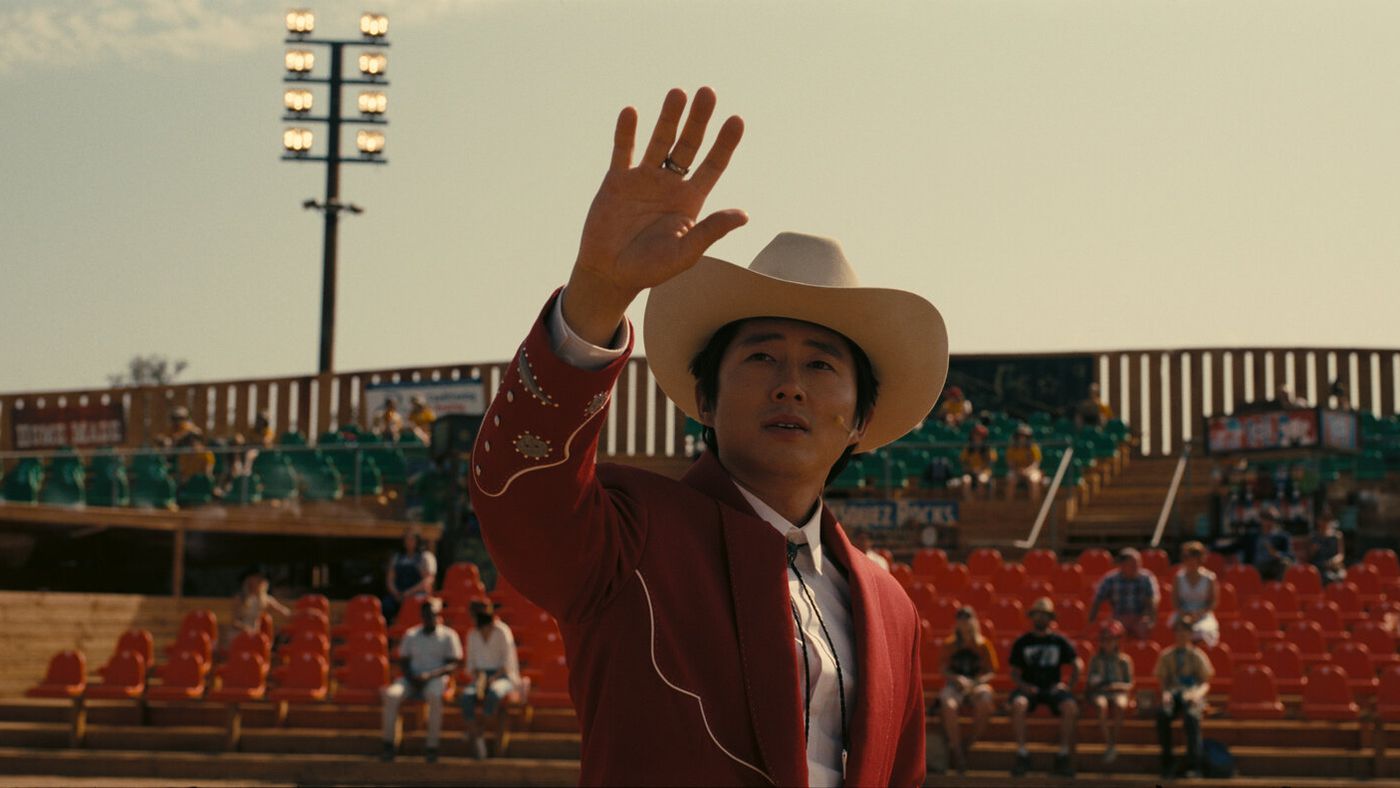 While I admittedly was most fond of Peele’s second feature… ‘’Nope,’’ does, as mentioned just now, see the most growth for the director. Hitting many of the same quirky vibes and being fully conscious of the messages it wants to tell, maybe it’s too much. Running at over two hours, development takes time here, trying to show Yeun’s Jude’s exploitative nature and Palmer’s Emerald’s thrifty side. But, when the supernatural happenings appear fully, it’s challenging to find a halt in tension.

In some ways ‘’Nope’’ feels like a lower-budget film with a cooky premise given the keys to the kingdom and developing anything Peele could come up with. From a chimpanzee turned sitcom star going feral to a rancher’s son discovering an alien spacecraft, nothing seems impossible, while there’s much more to be read between the lines.

As where ‘’Get Out’’ was perhaps the easiest to interpret and the first to attempt the hybrid-genre Peele seems so fond of. ‘’Us’’ is the most classic in genre, then ‘’Nope’’ lands as the most ambitious with an abundance to find and discover for those film theorists among us.

It’s a nope for me, or at least a not quite.