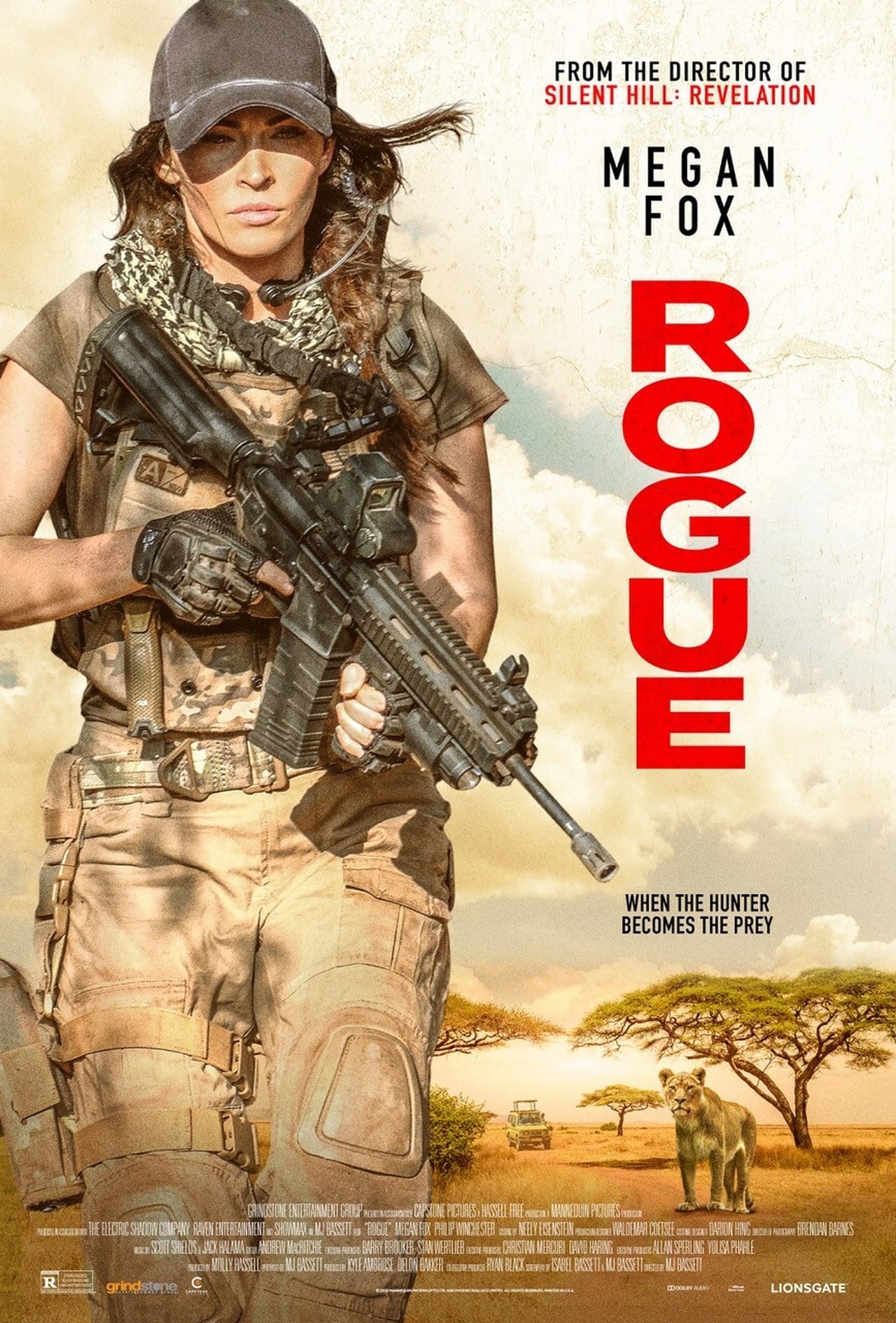 In search of an illegal lion poaching operation run by a terrorist group, mercenary leader O’Hara (Megan Fox) leads her squad through the African steppes to eventually track down the location of the extremist group. Regrettably, the mission goes wrong, and they have to face a set of unforeseen circumstances in a fight for their lives.

Out of the gate, Rogue doesn’t appear to be very special, the protagonists in the film are all part of a mercenary company helmed by their leader O’Hara who is played by Megan Fox, and it will feel quite the generic; except for the subject matter which is all about them trying to stop a poaching ring in Southern Africa. Despite the somewhat unique subject, however, this still won’t be an action movie to be applauded by its superb action sequences or even less so, by its story. While that all might sound negative what I found while watching Rogue was that is best enjoyed as a B-Movie, something I’ll get into later.

Made by the mother/daughter duo M.J. and Isabel Bassett the film clearly had a lot of personal connection to the pair, In her younger years M.J. Bassett wanted to become a wildlife veterinarian in Africa not only that, but it’s lovely to see a mother and daughter write a film together, good or not it is a nice sentiment.

Further reviewing the movie, let me explain the B-movie aspects. Throughout Rogue, from beginning to end there are a lot of one-liners and overall corniness, while the unsuspecting viewer might expect a decent or even good action movie, while it is watchable, they’ll be repelled by the low-quality effects that look like they came out of a college film project, repelling to some alluring to others. Even the worst films will likely have some redeemable features. Still, in Rogue’s case, it’s not just that, firstly I wouldn’t call it bad and secondly despite the horrible CGI lioness the B-movie appeal works. It’s highly recommendable to watch Rogue as a B-movie and nothing else. While it might not have been Bassett’s intention, the corny dialogue proves otherwise and embraces the campiness.

While there is certainly something to be enjoyed due to the humour of the film, what wasn’t enjoyable or good to me was the main actress, Megan Fox failed to convince as a mercenary leader in my harsh opinion she has never been a great actress to begin with, mainly gaining recognition due to her role in the Transformers franchise. I just wasn’t into her acting; she appeared to be expressionless suffering from what I like to call Kristin Stewart syndrome. None of the other actors were ground-breaking with some being more annoying than others, despite that the script does offer some nice call-backs to earlier in the film and gets you caring for some characters despite mediocre acting.

Rogue might be the most recent example of not needing a very complicated script or intense overly exuberant set pieces to work.

A Rogue film, that’s off the radar but uses that as a strong point.