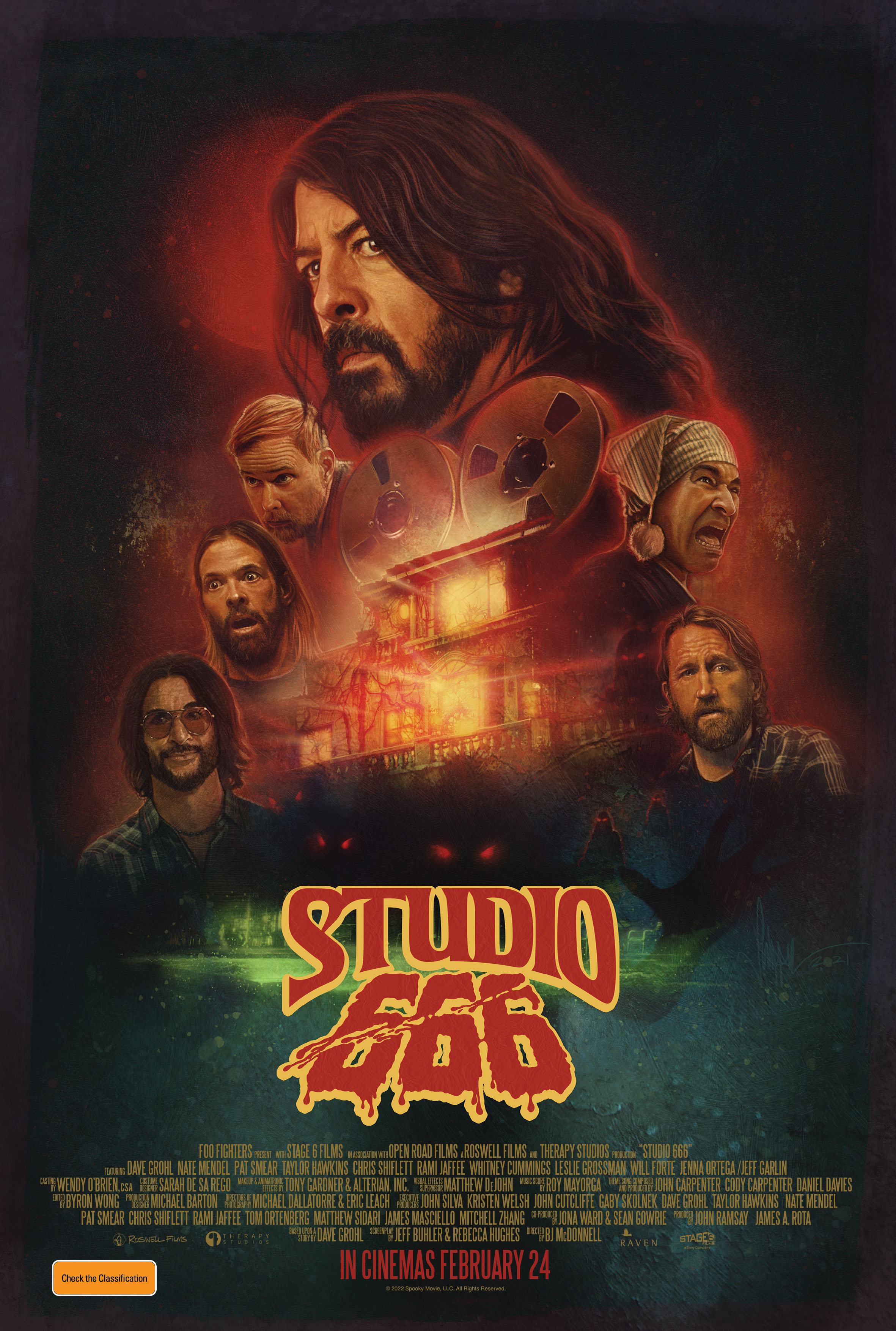 In a rush to record their latest album while pressured by music label executives, the Foo Fighters move into a mansion which they later discover is haunted by the demonic spirit of former Dream Widow frontman Greg Nole.

Based upon a story written by the band’s frontman Dave Grohl about the experiences of writing the latest Foo Fighters album, filmed in the same house as that album was recorded. ‘’Studio 666’’, written by Jeff Buhler and Rebecca Hughes, stars the entire band and even some cameos by other musicians (Lionel Ritchie’s scene alone makes it worth a watch). The film has been produced by Roswell Films and Therapy Studios while distributed by Open Road Films. 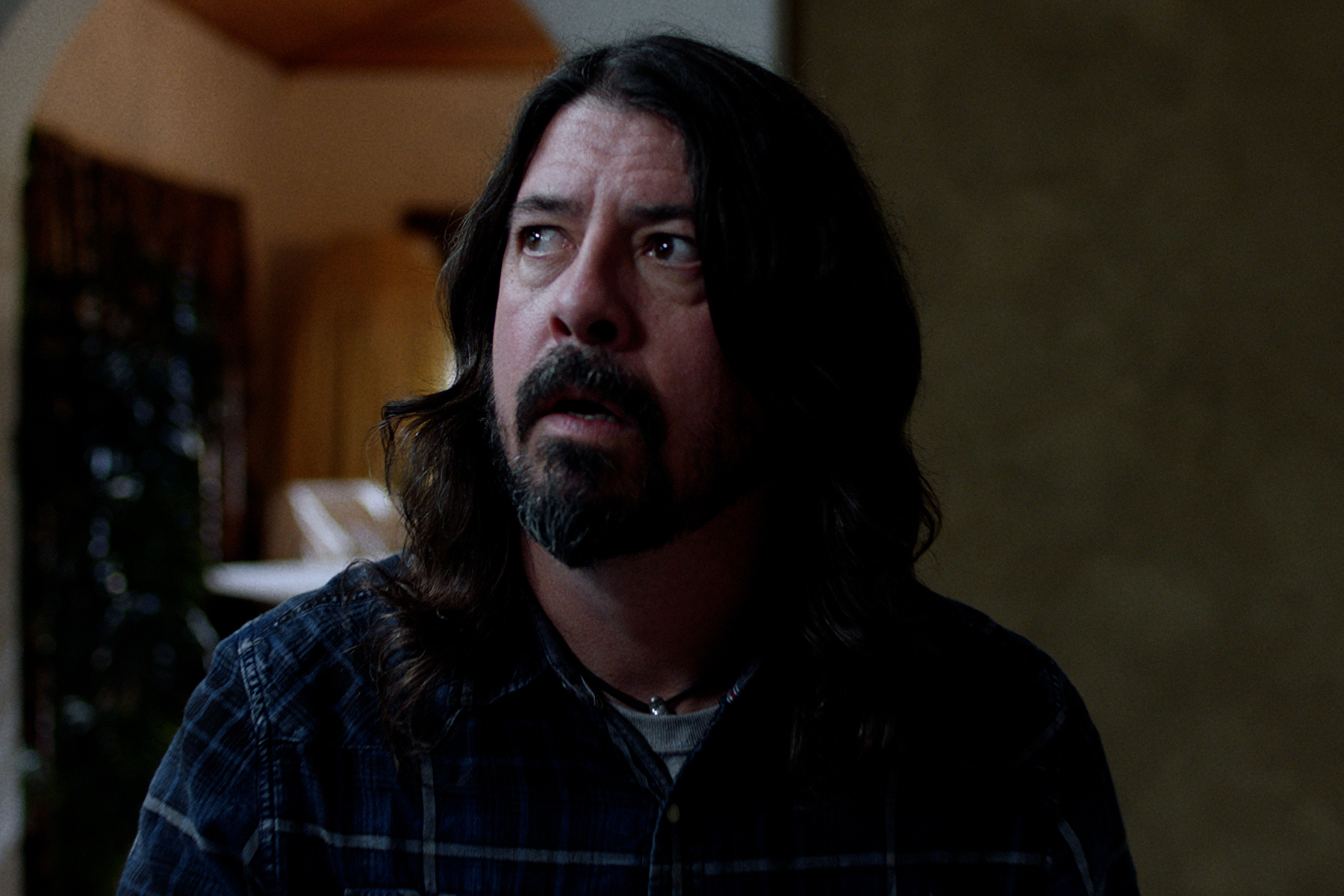 Quickly setting the tone of the Foo Fighters slasher flick, we’re shown the gruesome killing of Jenny Ortega’s Skye Willow as she desperately crawls away from fictional band Dream Widow’s frontman Greg Nole. While we’re not entirely sure of the story and where the narrative could lead at this point, it accurately represents the 80’s slasher vibe, manifestly bad practical effects and all. From that point, it shifts to a swear-word-laden comedic segment and the first moment we get to see the band. It’s an openly obvious but fitting way to open the old-school slasher-inspired Foo Fighters project.

While Dave Grohl wasn’t instantly giddy about making a horror flick, in fact; mentioning it was a dumb idea at first, the matter that people were talking about it had been floating around in his head for a hot minute, and ‘’Studio 666’’ thus became a reality. From the base reason the movie exists, it should be clear that the band was out for a good time. They’ve filmed an unpretentious, gory and justly demented comedy-horror flick. From the rude and immature jokes to the demonic possession of frontman Dave Grohl, it does understand itself, and even if it’s not a masterpiece, it’s obviously not meant to be. Just look back at ‘’Texas Chainsaw Massacre’’, Friday the 13th’’ and any other slasher film from that era. They’re horror, but what a film like ‘’Scary Movie’’ drives home; they’re ultimately pretty goofy. 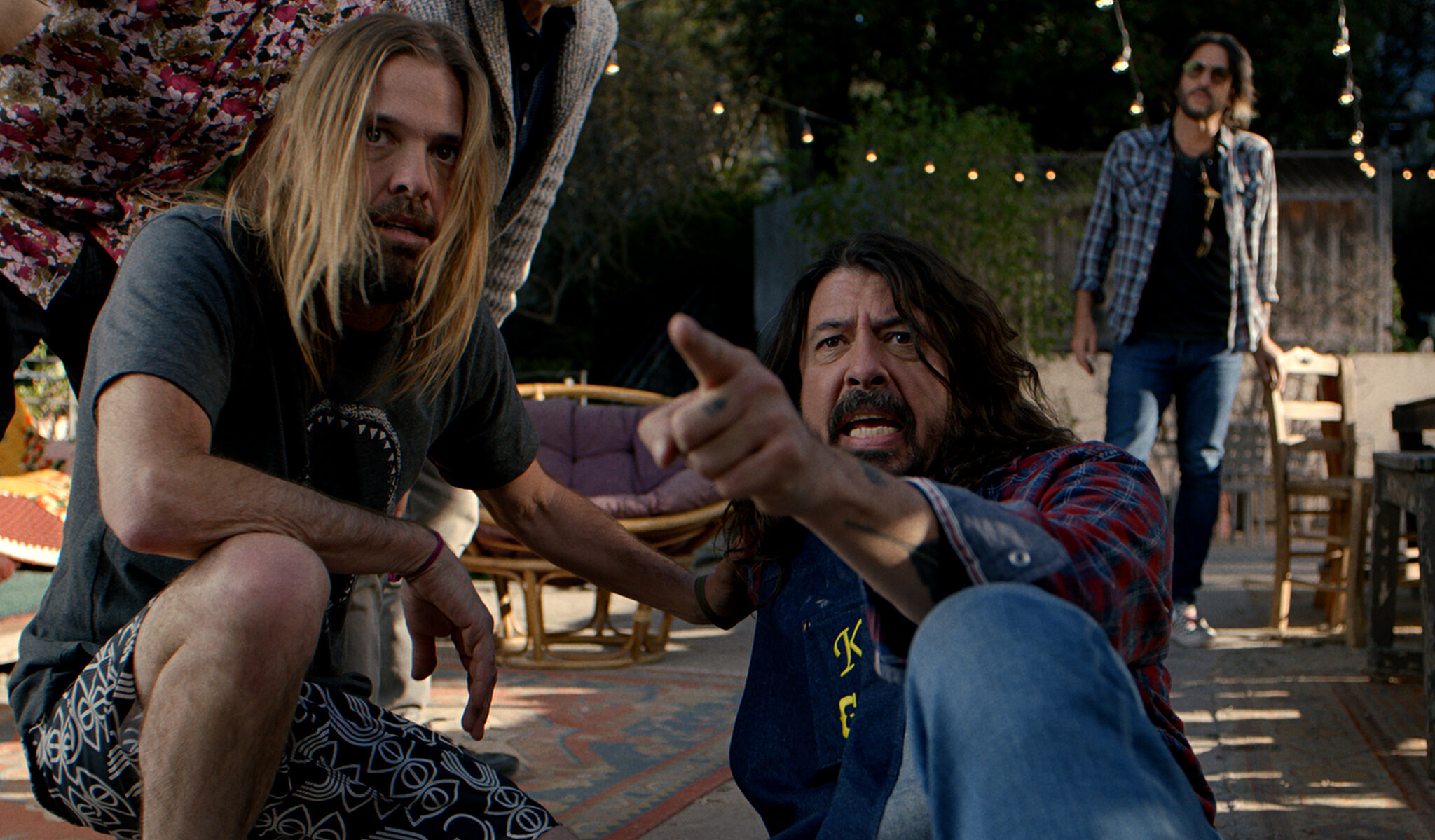 That said, ‘’Studio 666’’ is burdened with some limitations. While Dave Grohl and Rami Jaffee manage to appear best, the performances given by the band are just not significant compared to trained actors, and that’s honestly expected here, and to be fair, I’ve got to commend them even slightly as I’ve seen a lot worse from actors actually trying to appear convincingly. It’s a slight cop-out to say, but you have to view the movie differently; it’s a statement that does bear the truth. If I’d hold every Marvel Studios feature to the standards of a film such as ‘’Schindler’s List’’ for example, they’d all be hot garbage in anyone’s eyes.

With this project being filmed before the passing of Taylor Hawkins, I have to mention that it does add an extra dimension to the movie, it’s not that difficult to imagine how much fun the crew was having, and it can serve as a blissful memory of this legendary drummer and his wide-eyed grin taken too soon.

Surpassing the number of the beast, ‘’Studio 666’’ is positively simple and works because of it.