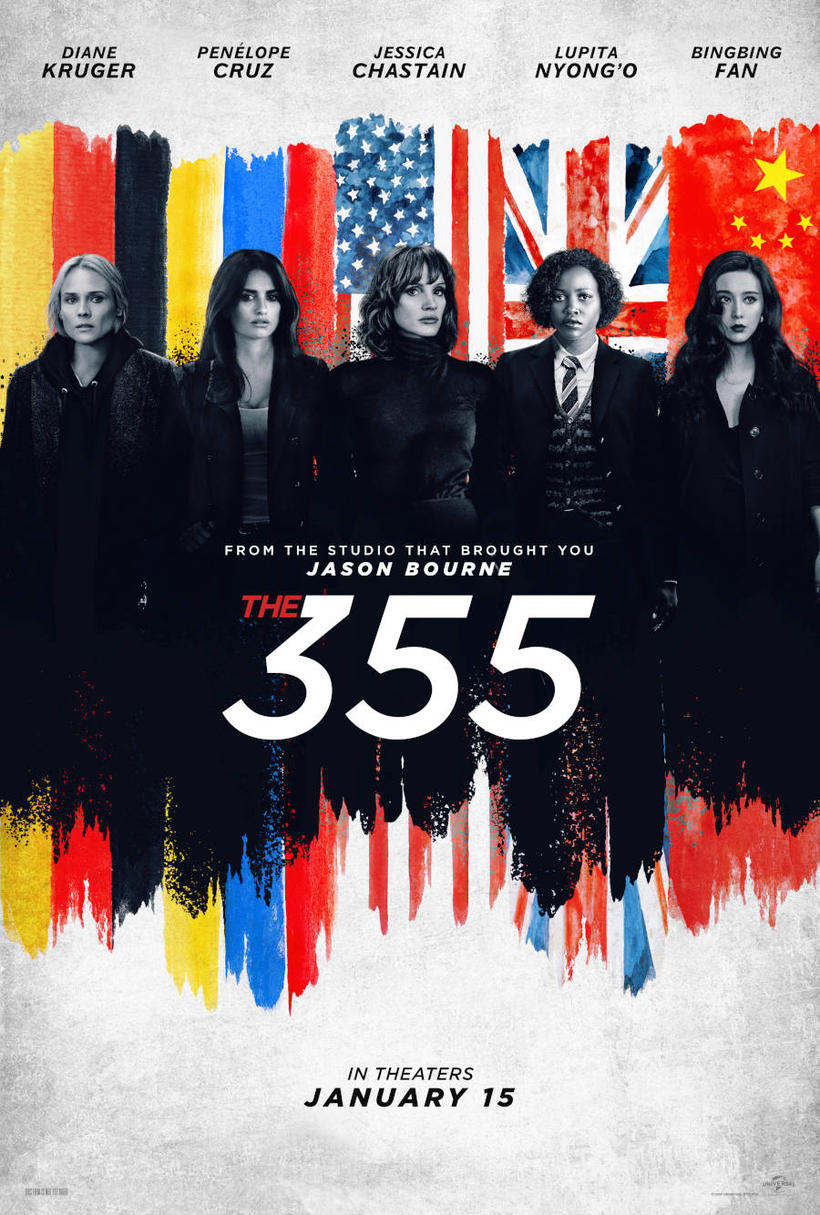 When a cutting-edge device capable of hacking into any device anywhere in the world falls into the wrong hands, CIA Agent Mason ‘’Mace’’ Browne joins forces with three other women, each with their own skills, to capture the device.

Set to later produce, Jessica Chastain proposed the idea of ‘’the 355’’ to Simon Kinberg while working on ‘’X-Men: Dark Phoenix’’, meant to be similar to franchises such as ‘’Mission: Impossible’’ and ‘’James Bond’’. The concept was further developed in 2018 and scheduled to release in early 2021; it was finally suspended to do so at the same time, just a year later due to COVID-19 restrictions.

In the attempt to create an original espionage/thriller, Jessica Chastain once again steps into the role of a secret operative, much like she did in the 2020s ‘’Ava’’. While that film was less than a success, this project increases the odds by grouping up several popular and well-known actresses. An idea that seems awfully similar to what we saw in the 2016 ‘’Ghostbusters’’ reboot, which created much controversy.

Inspired by those aforementioned franchises, the idea alone could be decent, but with such a diluted market of spy films, you’d have to doubt if it’s even meant to be successful. As a feminist’s type of film, it is just too predictable, the women take charge and the boyfriend, believed to be dead, turns out to be the villain. Using an all-female cast for the sake of diversity makes things worse rather than improving on the initial thought.

Too many comparisons can be made, and even with a successful director like Simon Kinberg, such a mangled mess of ideas couldn’t be formed into a cohesive and exciting narrative. In its entirety, it feels hugely forced; a cry for diversity makes it the antithesis of what it tries to be. It baffles me that a film with such a cast could be devoid of any worthwhile character development. Chastain and Kruger play mirrored characters, each headstrong and independent while the others don’t get any character motivations besides their family and love life.

Entirely devoid of any worthwhile improvement in its plot, what should’ve been an enticing spy/thriller rapidly turned into a female-fronted and somehow more generic version of ‘’The Expendables’’. More of something good doesn’t always make things better, and the way ‘’The 355’’ stacks known espionage/thriller tropes on top of each other shows that more than anything.

The 000 might've been a more fitting title.