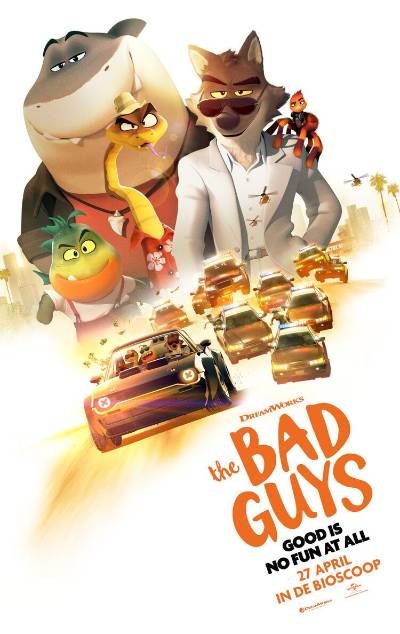 When their latest heist goes awry, a gang of anthropomorphic animals are forced to reform and avoid their criminal sentences. As they struggle to find their true personalities, they also discover deep secrets that perhaps should’ve been kept hidden.

In his directorial debut, Pierre Perifel produced an original IP for animation studio DreamWorks. It’s much reminiscent of the beloved ‘’Ocean’s’’ heist film franchise, yet a cartoon version of it. With most of the production done remotely, the film was eventually distributed by Universal Pictures.

It would appear DreamWorks is back, this time granting us, viewers, something original, after producing franchises like ‘’Kung Fu Panda’’, ‘’Trolls’’, ‘’The Boss Baby’’, and, most famously ‘’Shrek’’. While that alone is certainly a nice thing since many could be burnt out on milking sequels. The question remains whether it truly manages to capture the imagination with enough of a different feel to set it apart from powerhouse animation studios like Disney/Pixar. 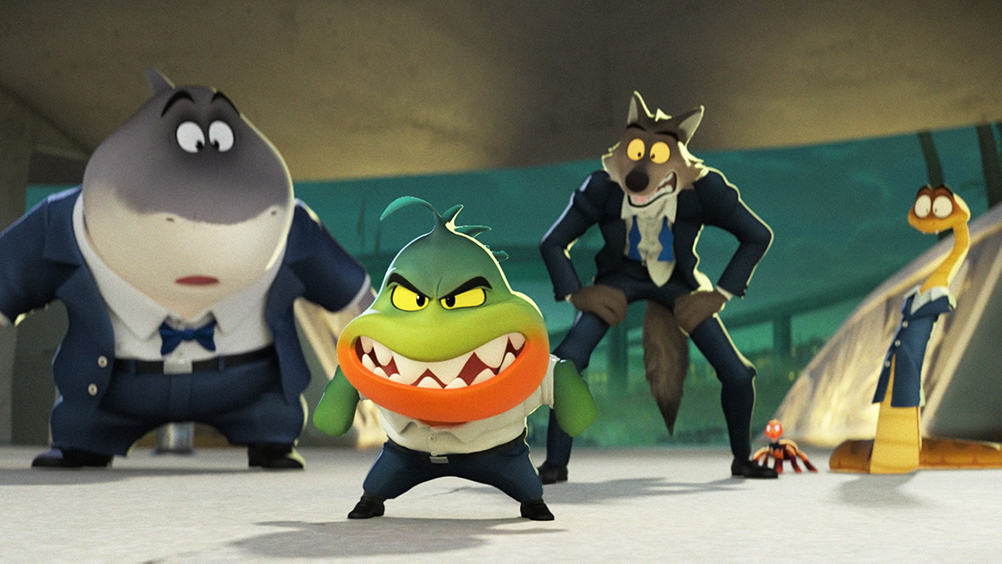 From the outset, the animation style inspired by Sony Pictures’ ‘’Spider-Man: Into the Spider-Verse’’ reminded me of an older animation series with an accompanying videogame called ‘’Sitting Ducks’’. It’s an intelligent use of 3D aesthetics combined with 2D animation as they’ve hand-drawn over the 3D models and used plentiful drawn backgrounds. This animation works excellently, sometimes improving upon it even more with some apt mood lighting. While the visual presentation is most evident in films such as this, the voicework is not to be understated, capturing performances by Sam Rockwell, Marc Maron, Craig Robinson, Awkwafina, and Richard Ayoade, alongside many others; they’re all not only very fitting but well-done too.

There genuinely aren’t that many downsides in this eye-popping and generally entertaining DreamWorks project but having to compare it to different animated films, ‘’The Bad Guys’’ works best for a younger audience, as the narrative doesn’t stand out nearly enough, lacking many nuances for adults, there’s also little in the way of surprises. There are some plot twists and good humour overall, with some delectable running gags. Most funny personally were the minor instances of comedy with some hidden messaging. Yet, where the story is concerned, it’ll entertain primarily children, so don’t expect to be blown away. Perhaps the nicest, especially for those younger cinephiles, is the messaging behind it, ‘’Never judge a book by its cover’’ seems like the overarching theme here.

Quirky and exuberant animals in an original animated adventure which never rises above ‘’Zootopia’’ but does a decent job at a parody of heist films.