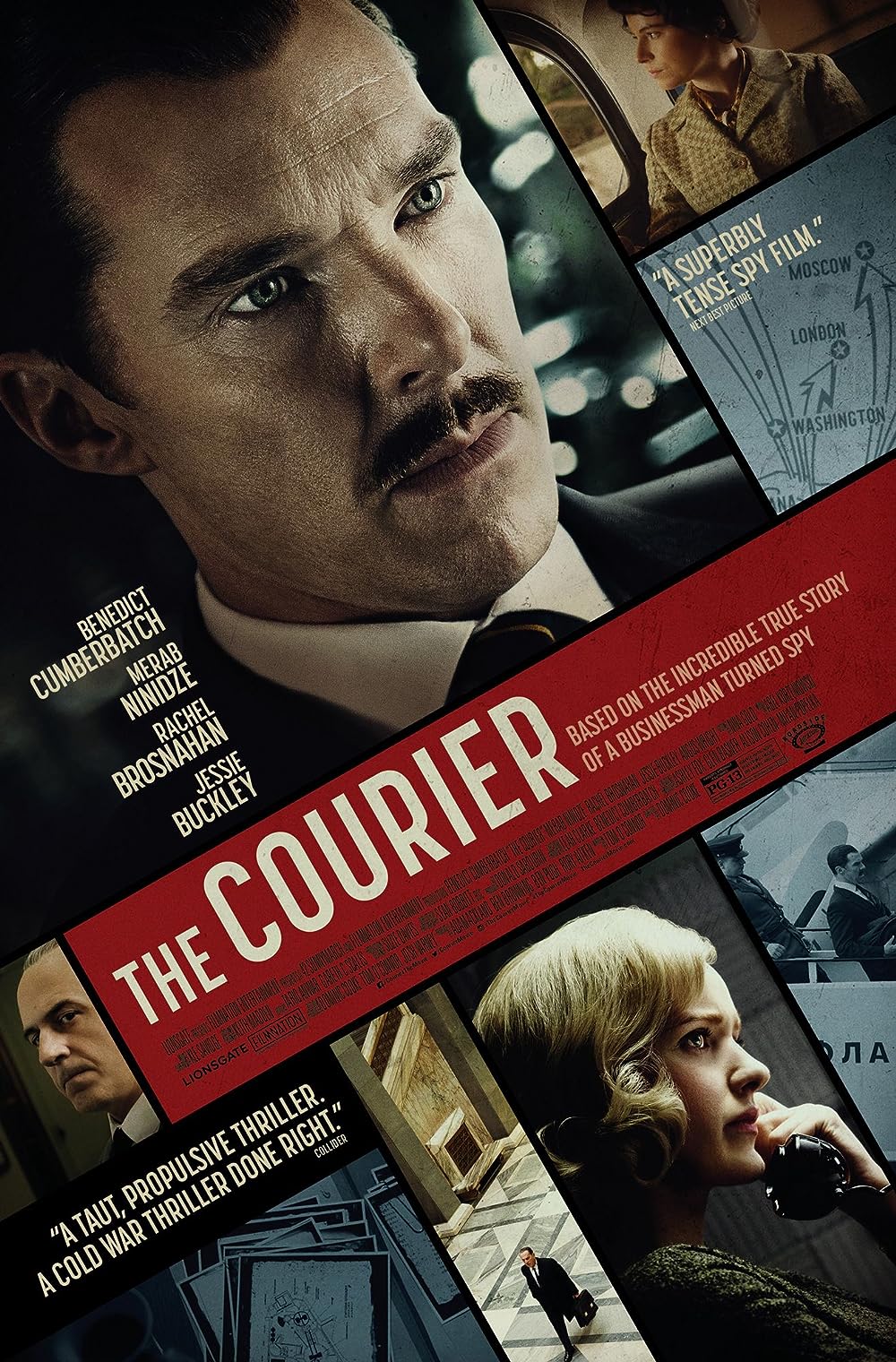 In an attempt to avoid the use of nuclear weaponry during the Cold War/Cuban Missile Crisis, MI6 sends businessman Greville Wynne (Benedict Cumberbatch) as their secret informant to gather reports from Soviet Oleg Penkovsky (Merab Ninidze), who’s become distrustful of his government.

Based on a historical intelligence operation, Dominic Cooke recreates a setting where everyone was on edge as danger loomed on the horizon. Premiering at the Sundance Festival under the previous title of ‘’Ironbark’’ being the codename of the documents Penkovsky passed to foreign secret services such as MI6 and the CIA. The film was meant for a theatrical release within the same year of the film festival; however, it was delayed due to the COVID-19 pandemic, eventually shown to global audiences a year later. ‘’The Courier’’ was produced by FilmNation Entertainment, SunnyMarch and 42 while distributed by Lionsgate and Roadside Entertainment. 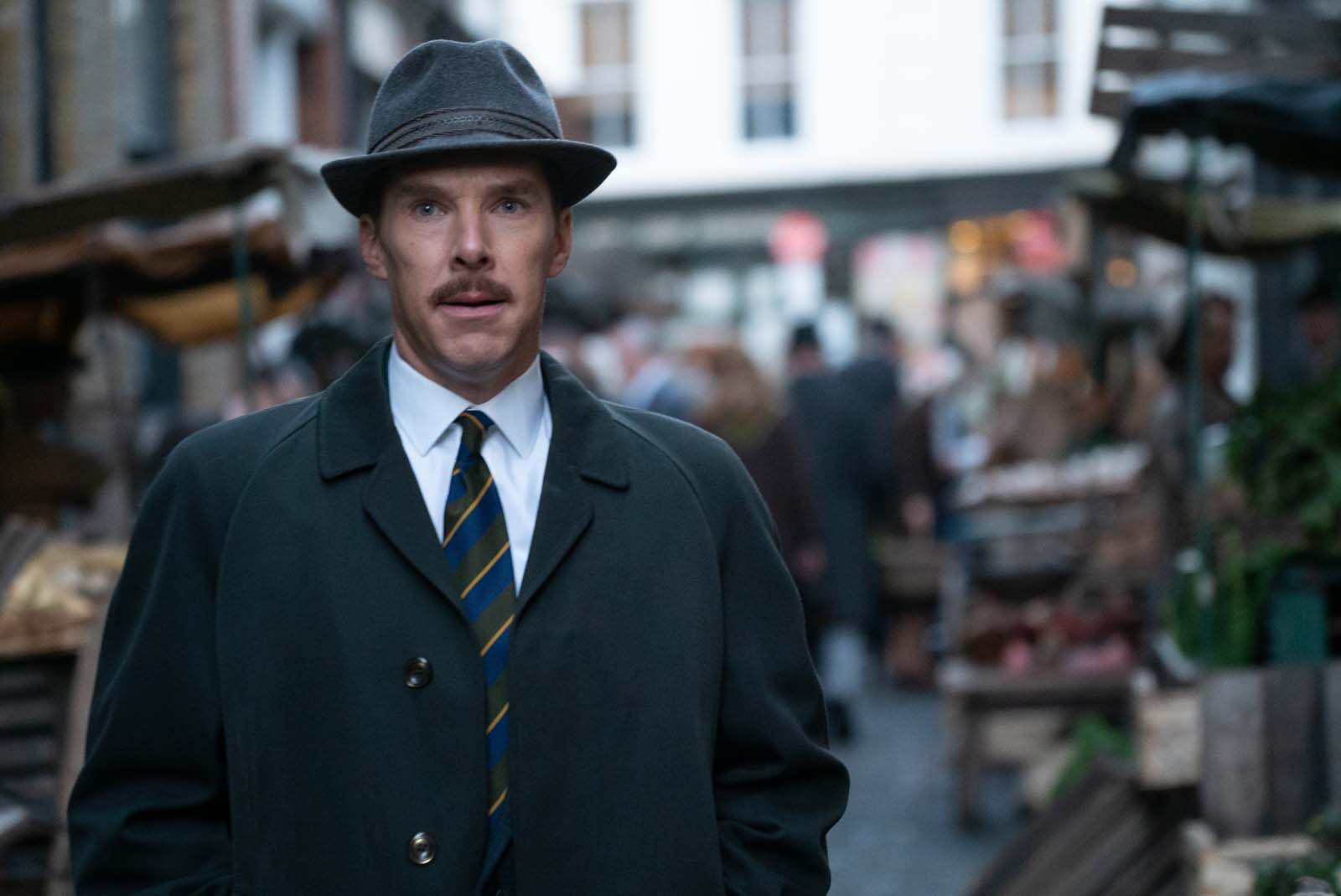 In a perilous situation worldwide, The U.S. Embassy in Moscow receives secret documents by Ninidze’s Penkovsky in which he offers to spy for the CIA. Yet, since the Embassy declined to cooperate, MI6 is approached by the CIA to assist. This leads to them looking for someone inconspicuous, a person the Soviets wouldn’t suspect. Cumberbatch’s Greville Wynne is gradually convinced to fulfil the role in question due to his business in Eastern Europe. As Wynne is brought into contact with Penkovsky, ‘’The Courier’’ brings a tense, sharp and frigid atmosphere, as if it’s a political thriller from years past. Cumberbatch and Ninidze are but one side of the coin as many of the espionage and political themes are handled by Rachel Brosnahan’s Emily Donovan, Anton Lesser’s Bertrand and Angus Wright’s Dickie Franks. The fact that we do not see many of these types of films anymore gives ‘’The Courier’’ a certain charm. While it is certainly not for everyone due to its slow and dry pacing, never confuse that with it being boring as it’s wholly intentional, purposefully taking every second to build on a complicated and intense narrative.

Each moment, more so later on, adds to the continual tension, there is the lush established friendship between Penkovsky and Wynne, yet the pressure is palpable. It’s undoubtedly quite an overtly severe film, yet little moments such as Wynne passing border control made me chuckle due to being nearly too accurate to real-life .

Director Cooke and writer O’Connor never sugar-coat the subject leading to a more grim story than most others, being blessed with a soundtrack seemingly inspired by 60’s and 70’s films, composed by Abel Korzeniowski; ‘’The Courier harkens back to times lost but recaptures some great moments of these kinds of political history thrillers.

Deliver this excellent and intense viewing experience to yourself.