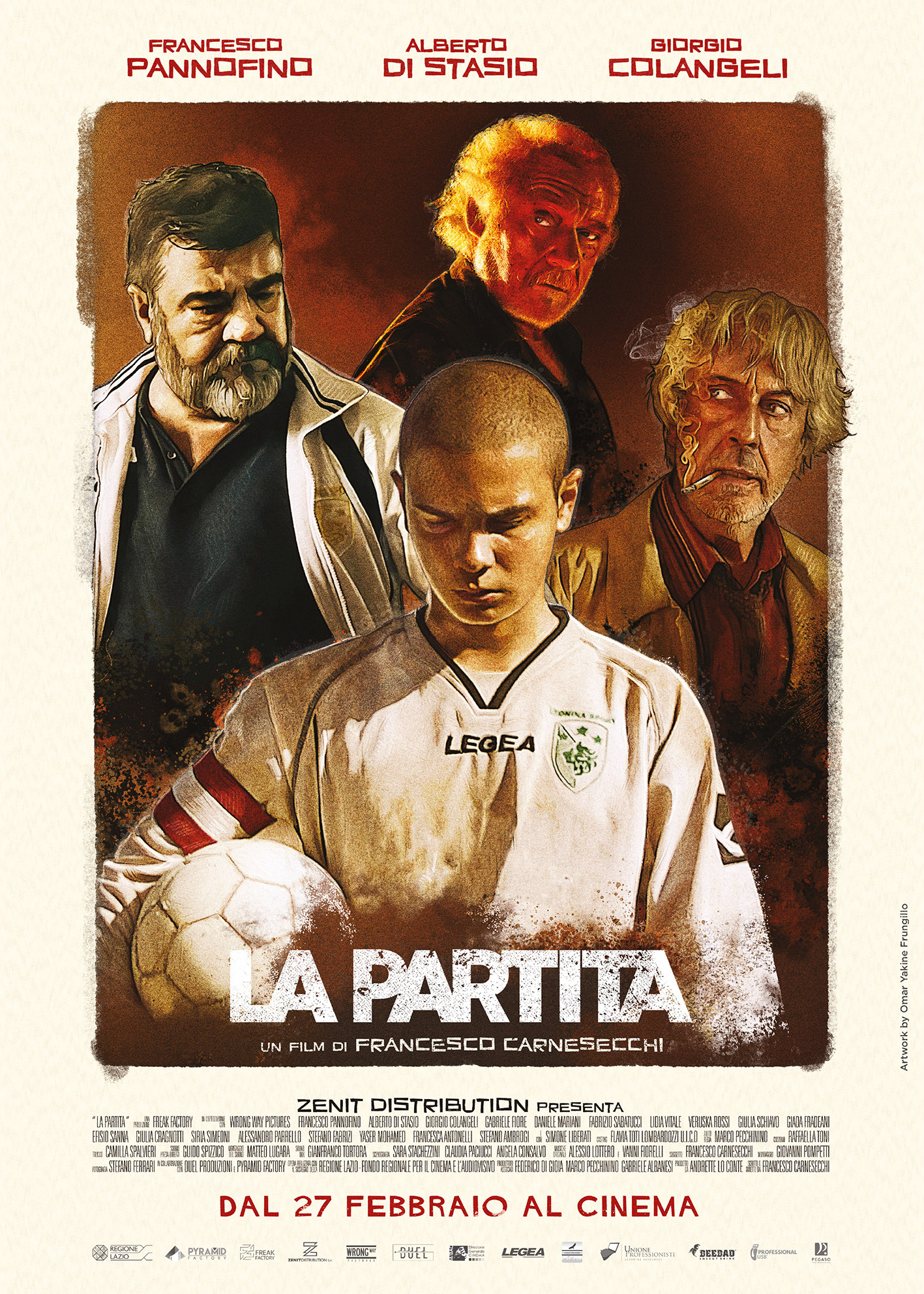 Somewhere on a football field near Rome, the winning team of a local championship match is decided. Along with it, the fates of those around it. The football club itself is about to go up in the air as the owner's life spirals into despair.

More of a drama than a sports film, La Partita football is at the centre but draws the shortest straw as the story follows the football pitch owner and those around him. La Partita, or The Match in English, is filled with shady deals and family turmoil. The characters focused on end up in a path of degradation as their life turns to wallowing misery.

That last sentence is a good descriptor of the film as a whole. Director Francesco Carnesecchi attempts to juggle the different storylines with intriguing interactions ending up with depressing conclusions. The club's owner is in crippling debt as he tries desperately to keep his life afloat, meanwhile the head coach tries his best to give his team what possibly could be their final shot at the championship cup. This attempt at a multi-faceted approach interweaving all aspects of Sporting Roma, the failing junior football club cannot be considered a successful one. Most viewers will quickly see through the characters within, unsure what emotions their performances are meant to evoke. The lack of compassion needed to care about the characters creates a piece that desperately tries its hand at an engaging and interesting plot, yet in execution, it ends up feeling like watching paint dry.

Perhaps it is the skewed focus, with more attention given to the sport itself it could've ended up as a unique approach. During the film, I was unsure whether it was all supposed to be the same day or several, if there was more time for the match or matches themselves used as a silver lining to sell the story beats there could've been something. Perhaps the only aspect in-line with the sport was the amount of profanity used, hatred for the opposing team is tangible.

When making a film about football and then barely featuring the sport itself is one of the most fatal mistakes, La Partita ends up with barely any build-up and being hard to follow in general. Attention is paid to the wrong things, and La Partita turns out as an unappealing jumbled mess.

Similar to my feelings on football in general.