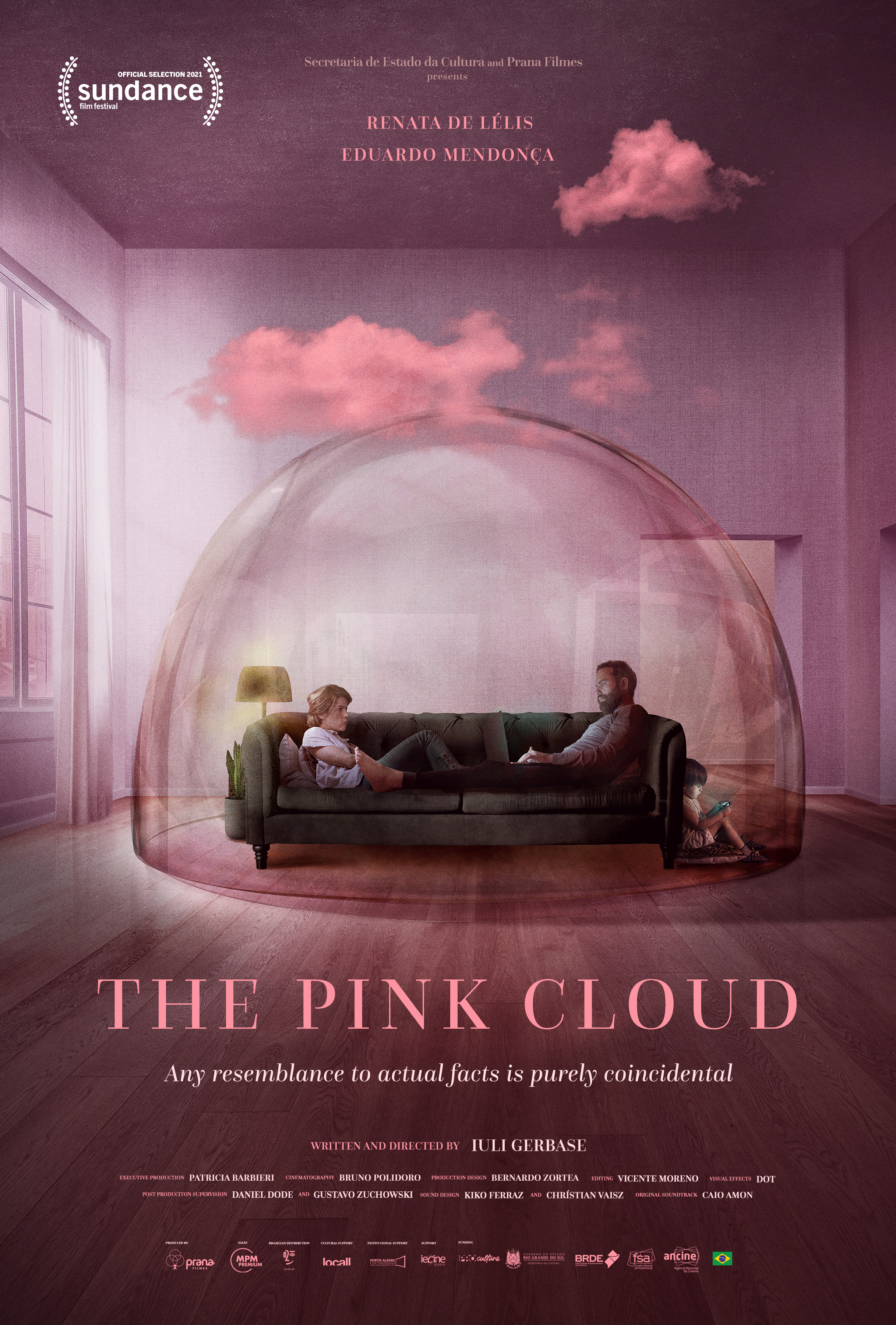 When a poisonous pink cloud suddenly appears in the sky, people are ordered to stay indoors to avoid being affected by the toxic gas. Giovana (Renata de Lélis) and Yago (Eduardo Mendonça) are now locked inside Giovana’s home after a romantic fling, having to cope with the consequences of this strange phenomenon.

Within a setting immensely similar to the COVID-19 pandemic, Brazilian filmmaker Iuli Gerbase has seemingly predicted the lockdowns we’ve grown so familiar with, or at least that’s what some people tend to think, praising her for this reflective look back at such a scenario. ‘’The Pink Cloud’’ had been filmed shortly before the real-life pandemic and premiered at Sundance before being shown at several other film festivals. It has been produced by Prana Filmes and distributed by 02 Play. 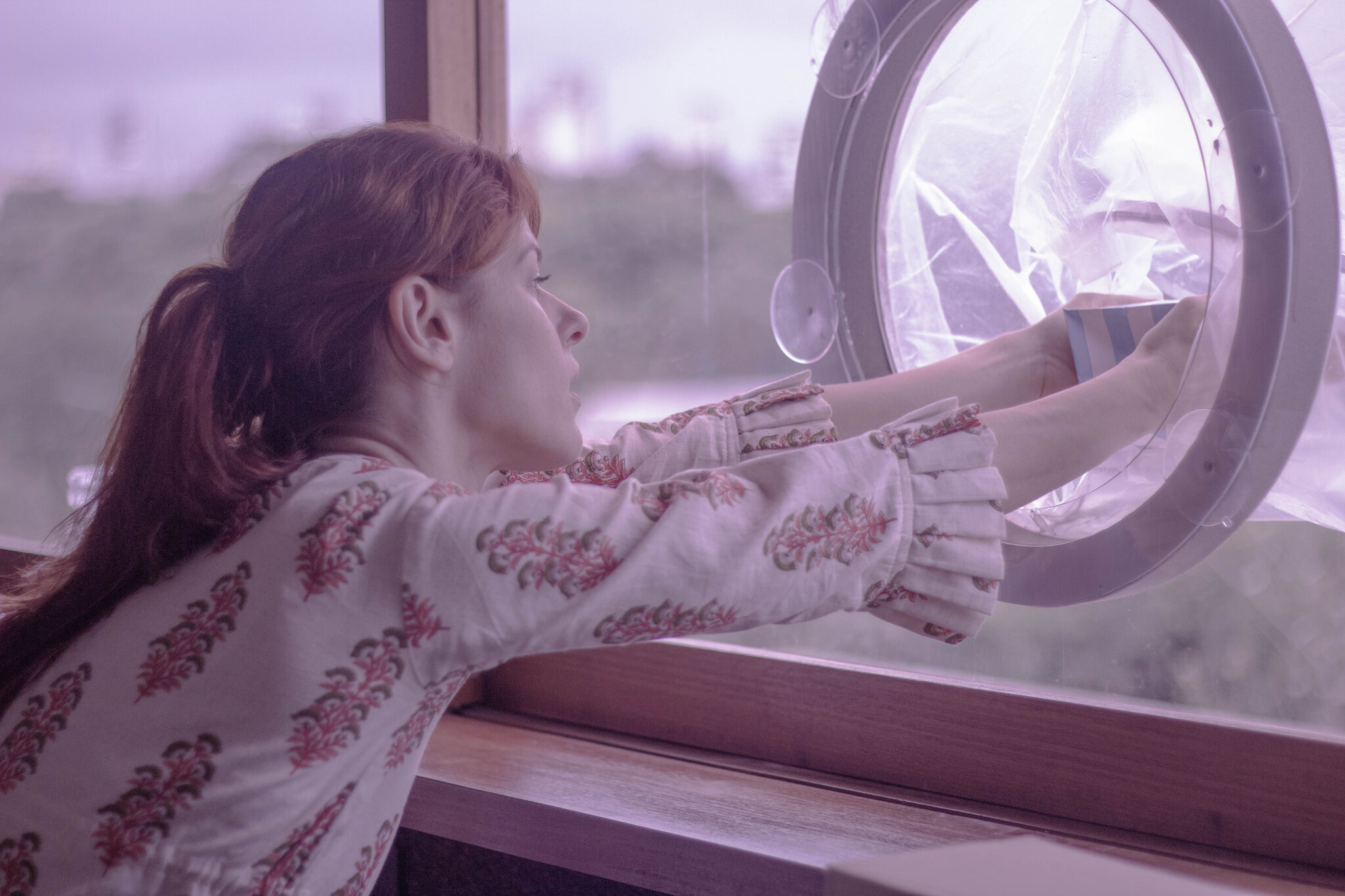 While it’d be doubtful to mention Gerbase truly predicted the pandemic and its consequences, it certainly adds a new layer to the debate. I’d more-so question whether another COVID-19 film adaptation is a positive thing, but I’m keen to find out whether a romantic-drama can outperform ‘’Locked Down’’ or ‘’Together’’ to just name a couple.

As we follow de Lélis’ Giovana and Mendonça’s Yago, their relationship is fresh and likely just meant as a one-night-stand, but as they’re now both stuck together for an uncertain amount of time, mood-swings take hold. The rapidly progressing plot sees them in-love, annoyed, furious and eventually broken-up after conceiving a child together; all within this same apartment over the span of several years. Using the toxic pink cloud as its plot device and a colourful aesthetic, it presents a lockdown scenario that holds a more tangible dangerous element which also contrasts beauty and sorrow. 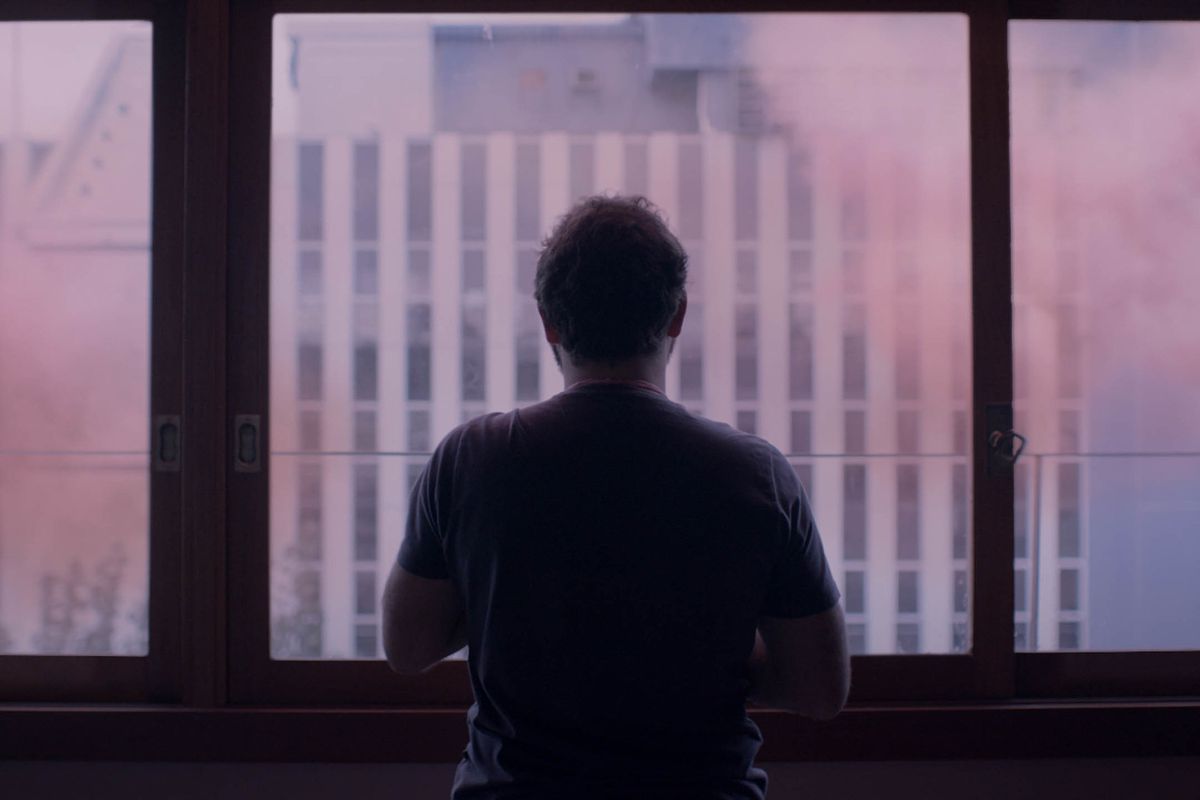 It all sounds interesting but is shown more like a proof of concept rather than an actually engaging film. Being forced inside for many years, you’d still need food and other amenities. If you can’t go outside, you’d assume it is delivered to you, but are the food delivery services still running their businesses in hazmat suits, and what happens to those far from home, people locked in libraries, schools, and restaurants. So many questions with no answer at all. The only visual representation of disaster relief happens early on as they receive a drinkable medicine from a tube attached to one of the apartment’s windows.

The tremendously vague feature mostly lacks adaptability, as it only tells the same narrative with the slightest variation in the character’s emotions and opinions. As the viewer is locked in to watch the film experiencing it just like the characters, Gerbase manages to keep you distant without affection towards either Yago or Giovana. ‘’The Pink Cloud’’ is Gerbase’s debut feature, and growth is possible, but there’s plenty of room to improve narratively while still creating a pleasing atmosphere.

It would be best to accept it and walk into the cloud.