Living in India for the majority of her life Mary Lennox (Dixie Egerickx) is quite privileged, despite her parents seldomly making time for her, she gets fed, dressed and anything else a young child like her would ever need. That is until her mother gets sickly, soon succumbing to what ailed her. This unfortunate circumstance leads her to be adopted by her reclusive uncle Archibald Craven (Colin Firth). 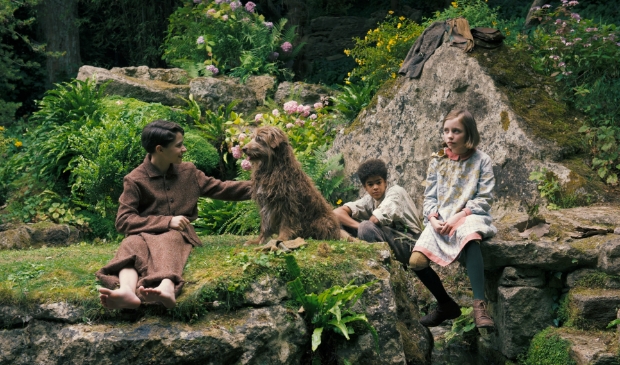 Based upon both the book by Frances Hodgson Burnett and the original film made in 1993 The Secret Garden remains to be an important story for children and adults alike. Remakes are not always necessary or even wanted, but director Marc Munden did a great job to recreate if not surpass what Agnieszka Holland directed in the '90s.

Balance defines this iteration of The Secret Garden; it is quite evident that multiple scenes were shuffled around creating a more coherent and logical story from start to finish, that combined with some difference in character importance and dialogue. Some lines originally belonging to Ms Medlock were used to expand Martha's character as a whole. Even though the attention is taken away from Medlock, it felt very natural and more fitting for Martha to have a more prominent role as she is the primary servant for young Mary.

What was even more exceptionally done in my opinion was the introduction of diversity, times have changed for better and for worse, but I think everyone can agree that ethnic diversity is always welcome as long as it fits within the movie and is done tastefully without feeling forced. The casting of both Isis Davis and Amir Wilson as Martha and her younger brother Dixon made complete sense. In the same trend, an entirely new character was introduced in Jemima, a dog that replaced the bird that featured in the first film to guide Mary to the garden. The energetic and playful companion added something that the bird was never able to. Undoubtedly a family film it presents itself with a lot of darker subjects, the mental state of Archibald Craven, the sickly Colin Craven among many other layers. While the 1993 film did put it on thicker the balance of positive and negative was achieved not only more effectively but in a subtler way, cinematographically stimulating the viewer with visible contrast between light and dark. As Mary makes her way through the manor the subdued blues, grey's and brown's it exaggerates that feeling of loneliness, depression and sadness only to then go back to flashbacks to India or even better her finding the "secret" garden where there is a wide variety from bright yellow and orange to vibrant purple and pink.

In the books, Burnett explains how Mary's mother and father both die of Cholera, which isn't made clear in the film at all. The father simply fades from the picture because the mother is the important character within the movie's narrative which is the opposite in the source material as the father is related the Craven family, not the mother. However, the sickness is certainly more in-line than the parents dying because of an earthquake.

Unlike the garden, it isn't a secret that I thought that this is one of the better remakes in recent history.