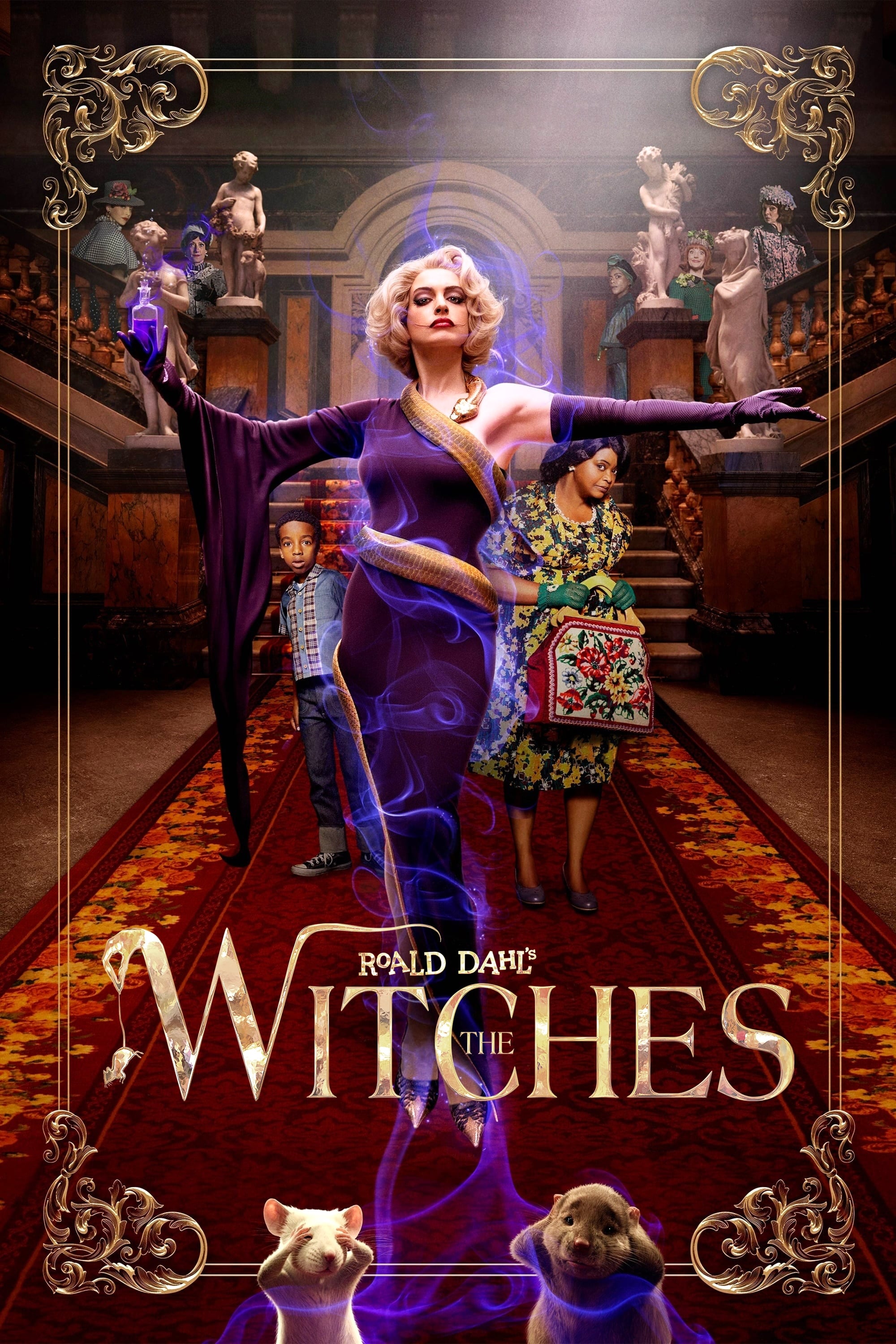 Recently orphaned, a young boy (Jahzir Bruno) gets adopted by his loving grandmother (Octavia Spencer), having difficulty coping with his parents' loss. His grandmother tries her best to get him in good spirits again. While out getting groceries, the young boy has his first encounter with a witch, terrified and unable to tell his grandmother they quickly go home. That's where he explains what he has seen and enlightens the boy of the terrifying creatures knows as witches.

Unlike the 1990's original also based on Roald Dahl's book, this brand new iteration replaces the grandmother's narration and explanation at the start by using a slide show and narration by Chris Rock throughout a large part of the film. Trying to redo the effective eeriness and introduce a bit more comedy The Witches (2020) sadly misses out on the former, and I cannot say Chris Rock intonation nails the latter either. This iteration might just try too hard at introducing more comedy than the original.

After the modern introduction of the inner lore by Chris Rock, the setup was seemingly entirely different undercutting Octavia Spencer's role to introduce the witches and their horrifying features in a more comedic manner. To say I was delighted with Octavia's time to shine with her grudge against the witches, later on, would be an understatement. The actress has shown with many roles that she gives excellent comedic value to any film and to take away the screen time and dialogue that Mai Zetterling had in the original would be a real shame.

Setting the grandmothers role aside for a moment; her role is not the only one that appears different, despite its similarities. Standing out is Stanley Tucci's hotel manager character, while Tucci should do great replicating what Rowan Atkinson did in the original he gets diminished to a gullible lackey just intent on keeping his hotel from devastation. Easily the worst changed role is not changed yet rather added; it is the aforementioned narration by Chris Rock. It seems both unnecessary and unfitting with the style the original movie kept. Nobody wants to hate on his previous comedy roles, and he's beloved by many but should've been cut from this film entirely.

When we arrive at the most recognisable scene of the conference hall, the role of the Grand High Witch is filled by Anne Hathaway, while it wouldn't be the first choice for many people I believe she could do anything she sets her mind to. While her accent is something, we could've done without, she does a decent job. Instead of a large mask with a thin chin and extended nose, the face remains mostly the same except for a Joker smile that wasn't in the original, featuring lines of sharp teeth similar to the Tarkatans from Mortal Kombat. As with the rest of the film, it's mainly the same with the more realistic difference in visage. What was quite different is that Hathaway's character is logically evil but also frenetic, her anger is highly exaggerated compared to Huston's portrayal of Miss Ernst along with that she seems to have gotten some new supernatural powers such as extending her arms to incredulous lengths undoing the more realistic look they had going for them.

Instead of having the transformed children be mouse puppets, they switched to CGI, which is expected and acceptable. What was great about the mice was the inclusion of the pet mouse that was simply forgotten about in the 1990's original, she actually has a name and turns out to be another child transformed by the witches, serving as a little surprise in a familiar script.

It seems to be a recurring theme that some things we're better yet others worse, one of the best effects was what I like to call a "Human Propane Tank" instead of slinking away into one's clothes as the formula transformed someone into a mouse, this film's effects make them shoot up to the ceiling with the clothes slowly dwindling to the ground. Loved it! Yet the close up of the children's transformations were a bit strange and not quite as effective as the classic film.

Whether we will see a sequel to The Witches remains a mystery, as just like the original it seems to be setting up for one, casting Chris Rock as a grown-up version of the boy, or just voice acting again, aged as the same mouse.

The director and writers just didn't manage to brew up something that both captures the original yet is adapted in a more modern image.