They Live in the Grey 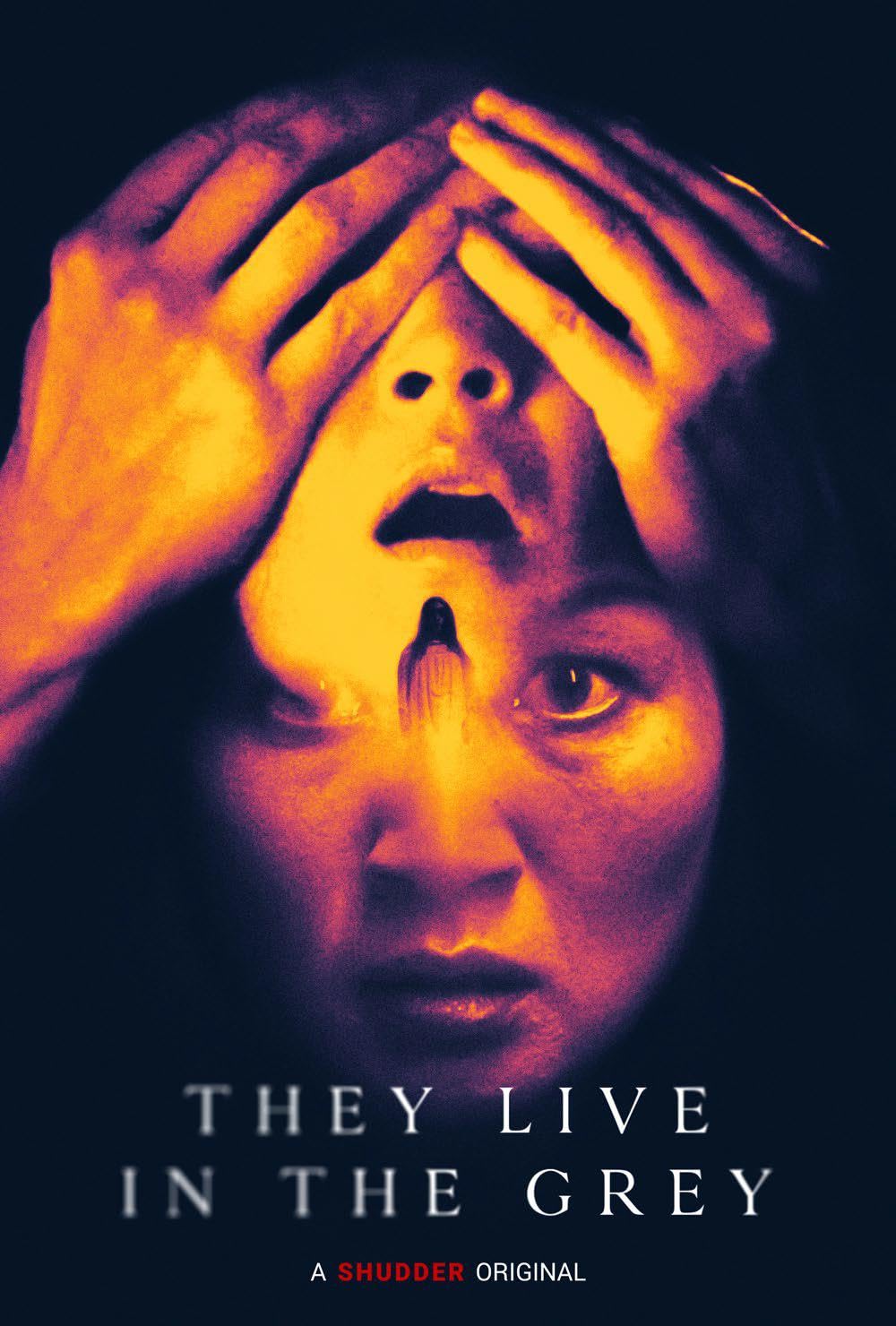 Assigned with a child abuse case, social worker Claire Yang (Michelle Krusiec) investigates the family and discovers there might be more going on while also reflecting on her own trauma.

With projects like "Sentient" and "Bedeviled" behind them, the duo of Abel and Burlee Vang release their latest film in "They Live in the Grey", an on-demand horror thriller starring Michelle Krusiec. It has been produced by STANDOFF Pictures and Whiskey Stream Productions while distributed and exclusively streaming on SHUDDER and AMC+.

Investigating her latest childcare case, Claire Yang quickly discovers more than meets the eye in the Lang household. Within minutes of entering their home, she senses a female spirit roaming their halls, likely the reason for young Sophie's bruises and injuries. 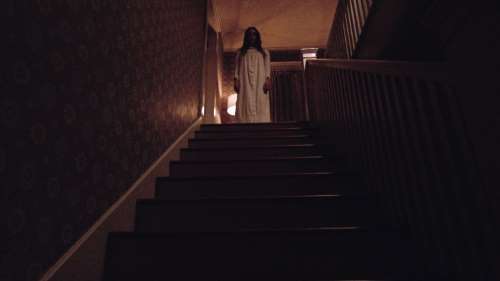 Seeming like a paranormal horror, the Vang brothers include elements from all over the genre. The haunting of the Lang household and the constant torment Krusiec's Claire experiences create an intense but rounded experience, with ghosts, gore and a whole lot more. As the first fifteen minutes pass, the viewer is caught off guard, as many things seem to happen before truly discovering Claire's past and troubled mind. It only truly starts fitting together once the first meeting with the Lang household occurs. No matter what, the hits keep coming, and both gore, ominous silent tension, and the supernatural yearn for the centre stage; it seems like there's quite some trouble in the narrative focus —nevertheless, slowly but surely, the past is unveiled.

It's an odd combination of a slow narrative progression and high-intensity horror. Still, I'd more than commend the Vangs for their knowledge of the genre, often not opting for the obvious and lazy but hand-picking some excellent imagery from both classic Hollywood and Asian horror stylings.

An end result is created, which is mostly to my liking. Krusiec shines bright as a leading actress, and her supporting actors manage to do much the same with only a few exceptions. "They Live in the Grey" has the intangible factor and passion within for a solid production in its sub-genre, but it needs to be more coherent and perhaps shortened to reach its own pinnacle faster and more effectively.

The highlights are truly in Krusiec's portrayal of Claire, primarily the trauma she's experiencing, and for mothers especially, this could be an emotional trigger; it is what the Vangs captured, unlike most skill and passion seem obvious here if only that added coherency were pushed in tighter editing.