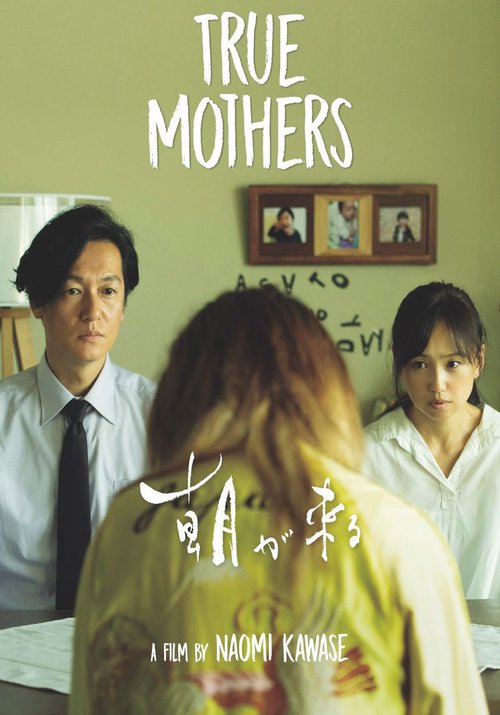 Spending an extended period of time attempting to conceive a child, Satoko (Hiromi Nagasaku) and her husband Kiyokazu (Arata Iura) haphazardly discover a non-profit adoption association and decide, seeing their situation, that it might be the perfect solution for them to get a child in spite of Kiyokazu’s condition called aspermia.

Along with Satoko and Kiyokazu’s tale, there is that of Hikari (Aju Makita), a high school student who has fallen in love and accidentally conceived a child with a classmate who then left her. Being too late to abort the child, her disapproving parents send her to the adoption association Baby Baton, the very same organization Satoko and Kiyokazu have been looking into.

With two sides, the story is like a single film duology, pleasant and melancholic narratives colliding in a proportionally emotional plot that will undoubtedly tug at your heartstrings. With the divergent storylines comes an almost episodic natured film with a running time of over two hours. While certainly not a negative, I could see the benefit of splitting up ‘’True Mothers’’ using its flashback sequences as a standard. Doing so could grant a more accessible foreign film to some people.

The flashbacks, while compelling and certainly emotional at times, are off in order. For example, at the start of the film, we see Satoko and her husband Kiyokazu caring for their adoptive son Asato (Reo Sato). This opening sequence goes into a short series of scenes ending in a playground accident at school, and it doesn’t take too long before the first flashback starts showing the events I mentioned in the summary. It’s likely a more chronological order, still starting with Satoku and Kiyokazu would’ve been preferable while still retaining the emotional beats.

Lack of clarity and the choice in the way it uses flashbacks are some of ‘’True Mothers’’ most significant issues. There could’ve been parts cut entirely, or the movie could’ve been presented as a limited series to be more marketable to a broader audience. Compared to the timeline taking place in the past, the present sections almost feel rushed, losing some value. Within its scenes, specifically the later ones, it seems director Naomi Kawase doesn’t quite have enough confidence in the audience’s remembrance and understanding of the script leading to over-explain character arcs that were perfectly clear in the beginning. Removing such overdone dramatic call-backs and chronologically structuring the film could’ve lead to a more balanced and sharper film.

The depiction of the two lives, one bleak and the other gleeful due to a newly created purpose in their lives, makes for an extraordinary story for outside onlookers and those who have experience with the hardships of adoption.

A bitter question to be answered about whether the true mother is the adoptive or biological one.