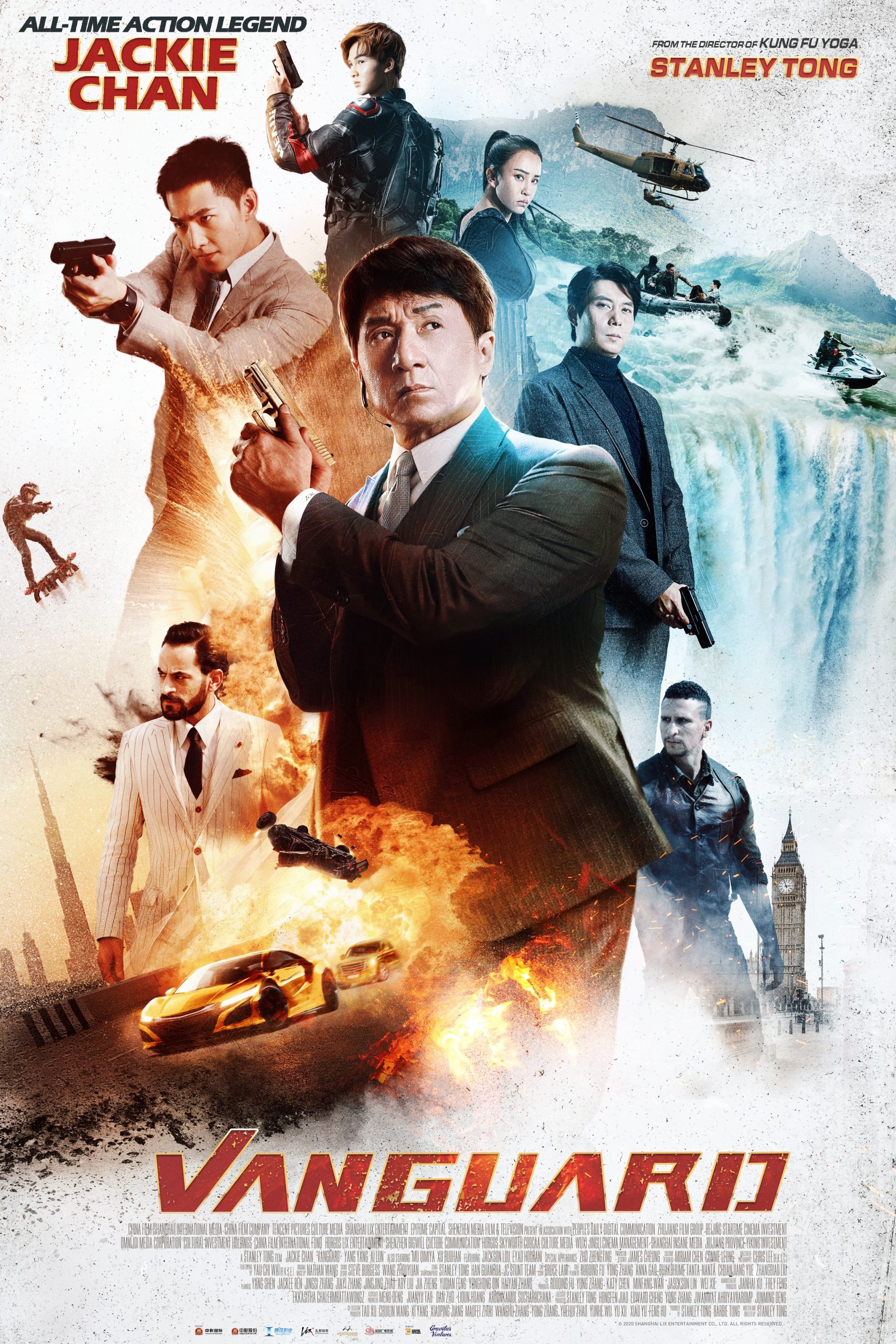 Vanguard is an international security agency, responding to any emergency situations their clients might find themselves in. As one of their most high-profile clients is targeted by a mercenary organization called ‘’The White Wolves’’ Vanguard goes on the offensive eventually ending up in a wild goose chase protecting the client, his family and their agents own in some hairy situations.

Intensity is at its peak as director Stanley Tong embarks on a new adventure with long-time friend Jackie Chan, filming action scenes akin to The Fast & the Furious. Loads of compelling fighting scenes, wild river chases and lion attacks get shoved into a single action movie in an operation around the world. Vanguard as an agency seems to be a Chinese interpretation of Marvel’s S.H.I.E.L.D yet without the superhero’s despite one sly mention of Captain America as the child of Kaixuan (Lun Ai) calls him Captain China.

Fighting scenes and high profile chases are sadly not enough for a great film. Despite the entertaining, eye-popping nature of Tong’s newest film, there’s a lot to its detriment. Scripts are terribly generic with character motivations straight out of a children’s novels. If you can think of any standard action movie tropes, you’d likely find them in Vanguard. It is almost unimaginable how the plot keeps going with action galore, in all honesty, that is what makes it fun, whether that is in a good or laughably bad way.

Limousine’s driving backwards at a 100MPH, Death-defying Jet Ski stunts and a gunwoman on a drone. What more could you ever ask for, the answer isn’t more, it’s less. As effortless, the film is to watch; it dumbs itself down in a mindless escapade of distracting CGI and divisive redubbing. Despite being common in Chinese cinema, examples like this show that it is distracting above anything else. Even English characters are redubbed to change their voices to something more suitable. While it might be a classic trope, the decision should be made to step away from this.

With the non-stop excitement, diverse settings and locales, ridiculous escapes and everything else adding together, the question is if the good outweighs the bad, and it doesn’t quite. With so many glaring issues and the movie doing bad even in China, I have to admit something honestly; I enjoyed it, be it like junk food but still. My odd enjoyment of it and Jackie’s star power will likely not be enough for this film to be looked at favourably though. It’s a shame for Rumble in the Bronx director Stanley Tong, but Vanguard will be seen as a winner by nobody if it’s seen at all.

I’d compare Vanguard to junk food, you know it isn’t good, but in the moment it tastes great.